As first child is born, Koizumi paves way for fathers in and out of government 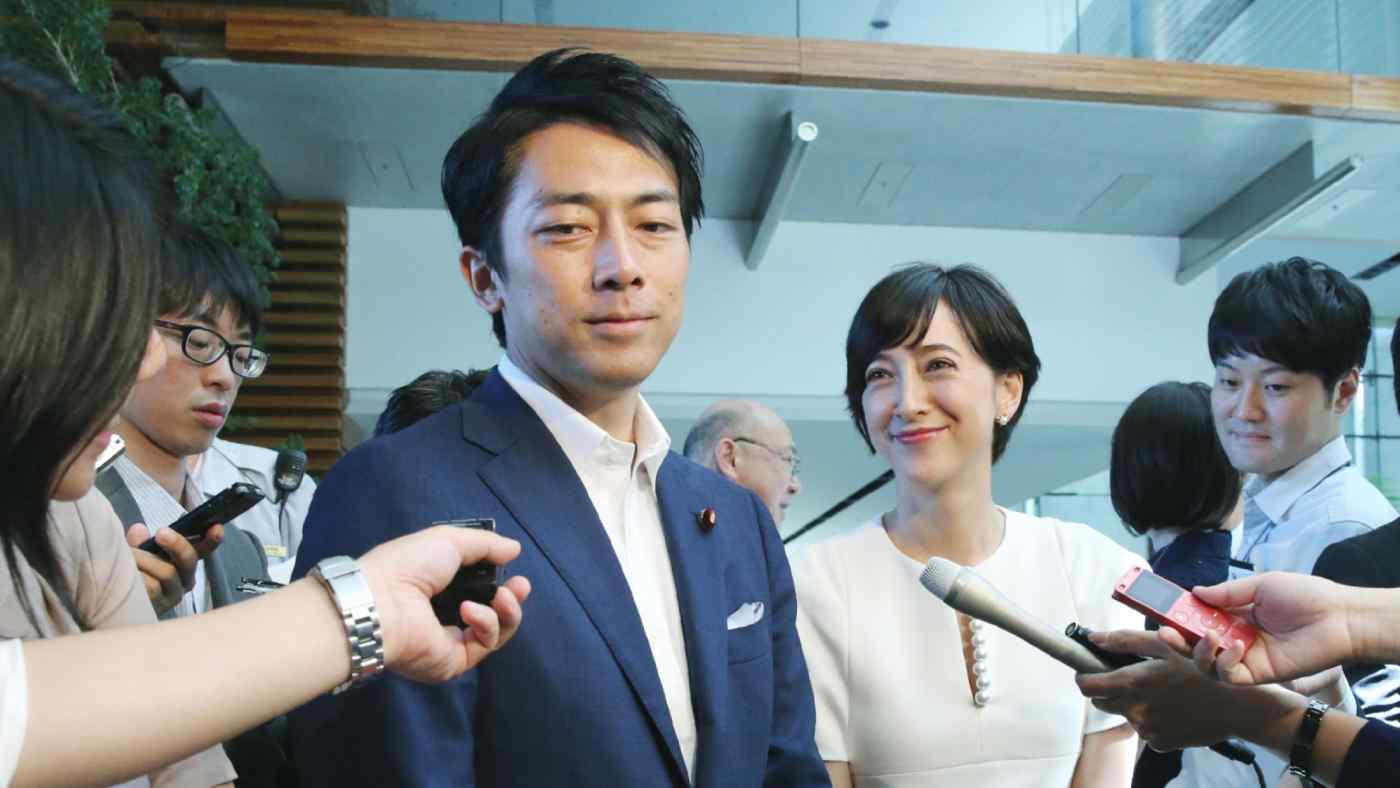 TOKYO -- Japanese Environment Minister Shinjiro Koizumi announced Friday that his wife had given birth to the couple's first child, a boy, in the morning. He plans to take about two weeks of parental leave in a highly unusual move that could encourage more new fathers to stay home.

Koizumi is the son of former Prime Minister Junichiro Koizumi and is considered a potential successor to current leader Shinzo Abe. He is married to TV presenter Christel Takigawa.

"It was good to be present [at the delivery]," Koizumi said at a regular news conference. "There are pros and cons to parental leave. Public affairs is our highest priority, and we want to secure time for child care leave with consideration for thorough crisis management."

The minister had stated his intention to take paternity leave earlier in the week.

"Honestly, I thought a lot about how I can take time off while still fulfilling my public duties," Koizumi said on Wednesday at a ministry meeting. "Changing Japan's work culture requires some top-down efforts as well."

Japan currently has no formal parental leave for cabinet officials and lawmakers. Koizumi plans to take some days completely off, but will work for fewer hours or from home on others during the three months after the birth of his child. His deputies could attend ministry meetings in his stead as well. Environment Minister Shinjiro Koizumi plans to take some days completely off and to work for fewer hours or from home on others. (Photo by Kento Awashima)

He still plans to attend parliamentary sessions and cabinet meetings to minimize the effect on public affairs. He said drew his inspiration from Mie Gov. Eikei Suzuki, who took parental leave while in office.

The Japanese government is urging all male civil servants to take at least a month of parental leave starting next fiscal year. "We won't get more people to take time off unless we change the social climate, not just the rules," Koizumi said on Wednesday. "I hope more will do so in the Environment Ministry as well."

Overseas, New Zealand Prime Minister Jacinda Ardern made headlines when she took six weeks of maternity leave in 2018. Her deputy prime minister assumed her duties during that time. Denmark and Sweden grant several months of parental leave to both male and female lawmakers.