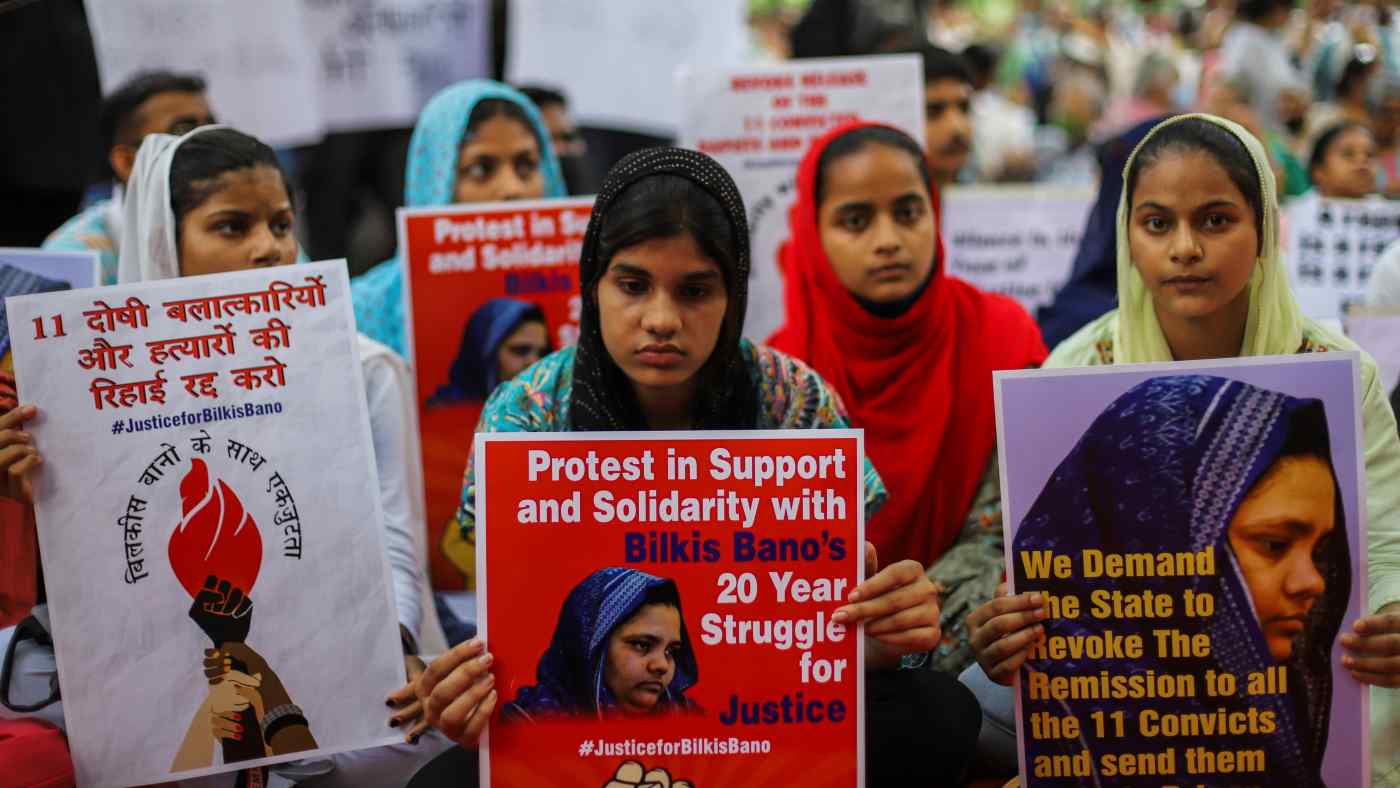 NEW DELHI -- India's Supreme Court is awaiting a response from the state government of Gujarat over why it released 11 men serving life sentences for rape and murder amid one of the country's worst bouts of communal violence back in 2002.

While the men have already walked free -- and been greeted with garlands by supporters -- activists hope there is still a chance of reversing a decision that sent shock waves through the country, particularly its Muslim community. Hundreds of people held protests in several parts of India over the weekend. Bilkis Bano, a Muslim woman who survived the attack by the men, is pleading with judicial authorities to restore her "right to live without fear and in peace."