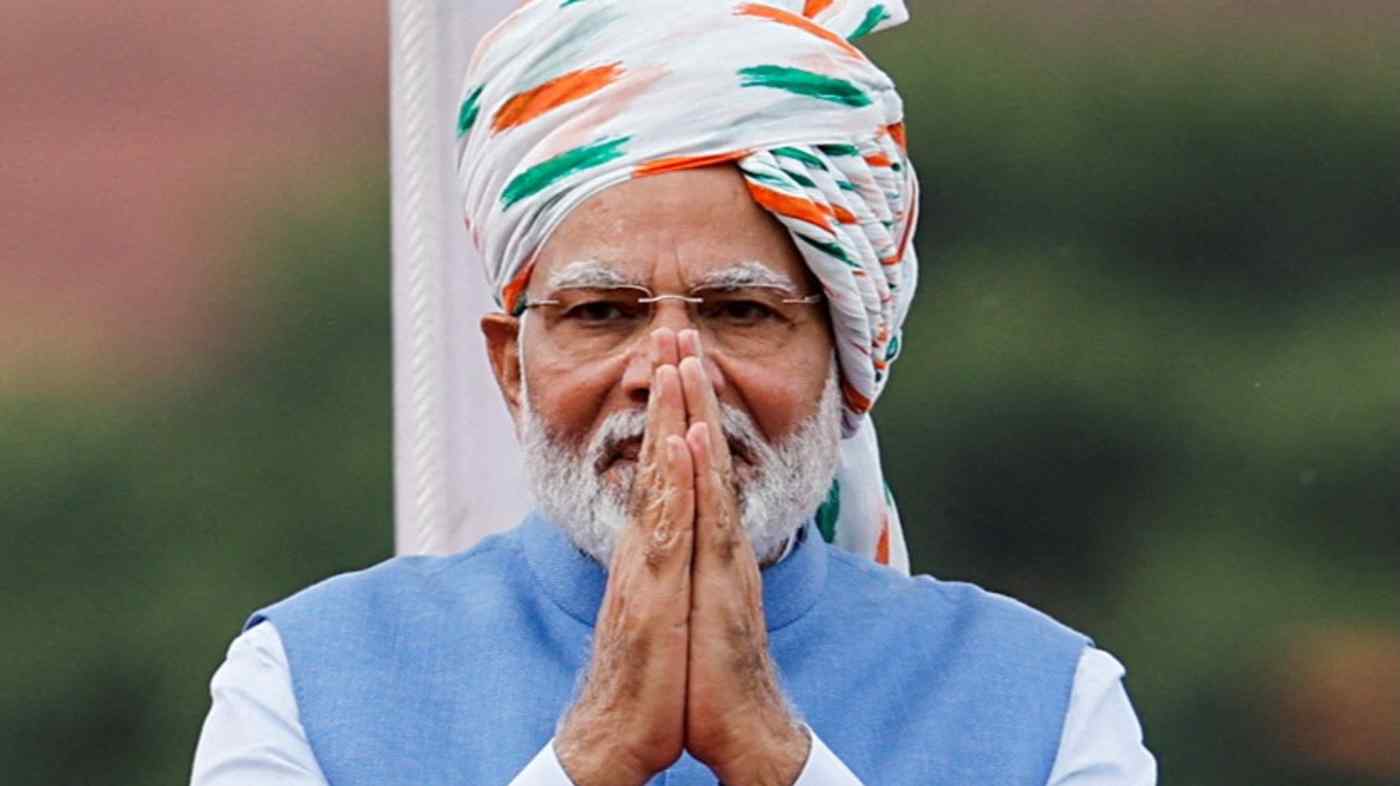 NEW DELHI -- Indian Prime Minister Narendra Modi on Monday marked the country's 75th independence anniversary with a rallying cry for the next 25 years, stressing the need to root out corruption and nepotism on the way to becoming a developed nation.

Addressing the country in Hindi from the ramparts of Delhi's historic Red Fort, Modi said the next quarter century will be "extremely important" for achieving five pledges: attaining the goal of "a developed India, removing any traces of a colonial mindset, taking pride in our roots, striving for unity, and [instilling] a sense of duty among citizens."