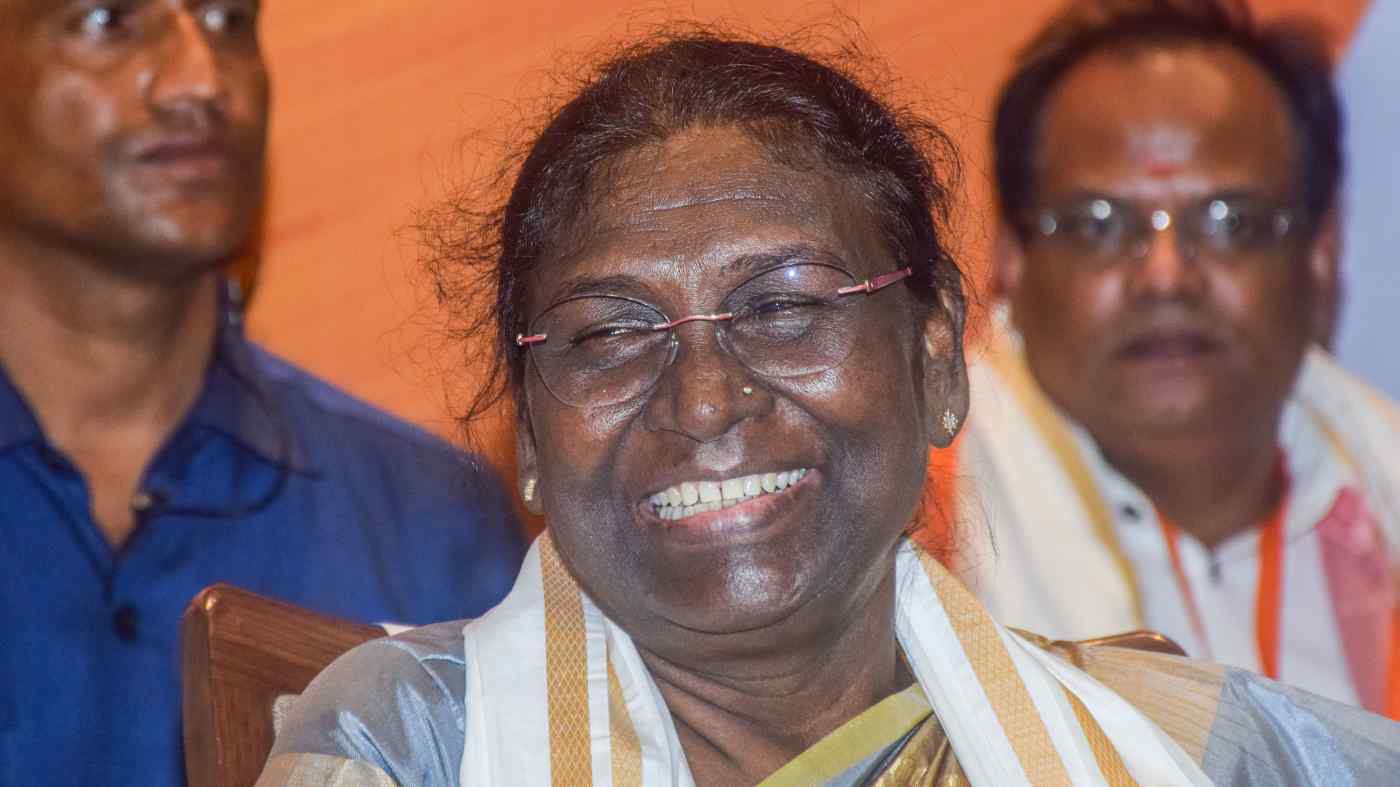 NEW DELHI -- The post of India's president is largely ceremonial, but experts say the country's presidential election on Monday could have real political implications as the first-ever candidate from a tribal community is expected to win.

Analysts expect an easy victory for Droupadi Murmu, 64, the ruling right-wing Bharatiya Janata Party's choice for the office. The result is to be declared on Thursday.