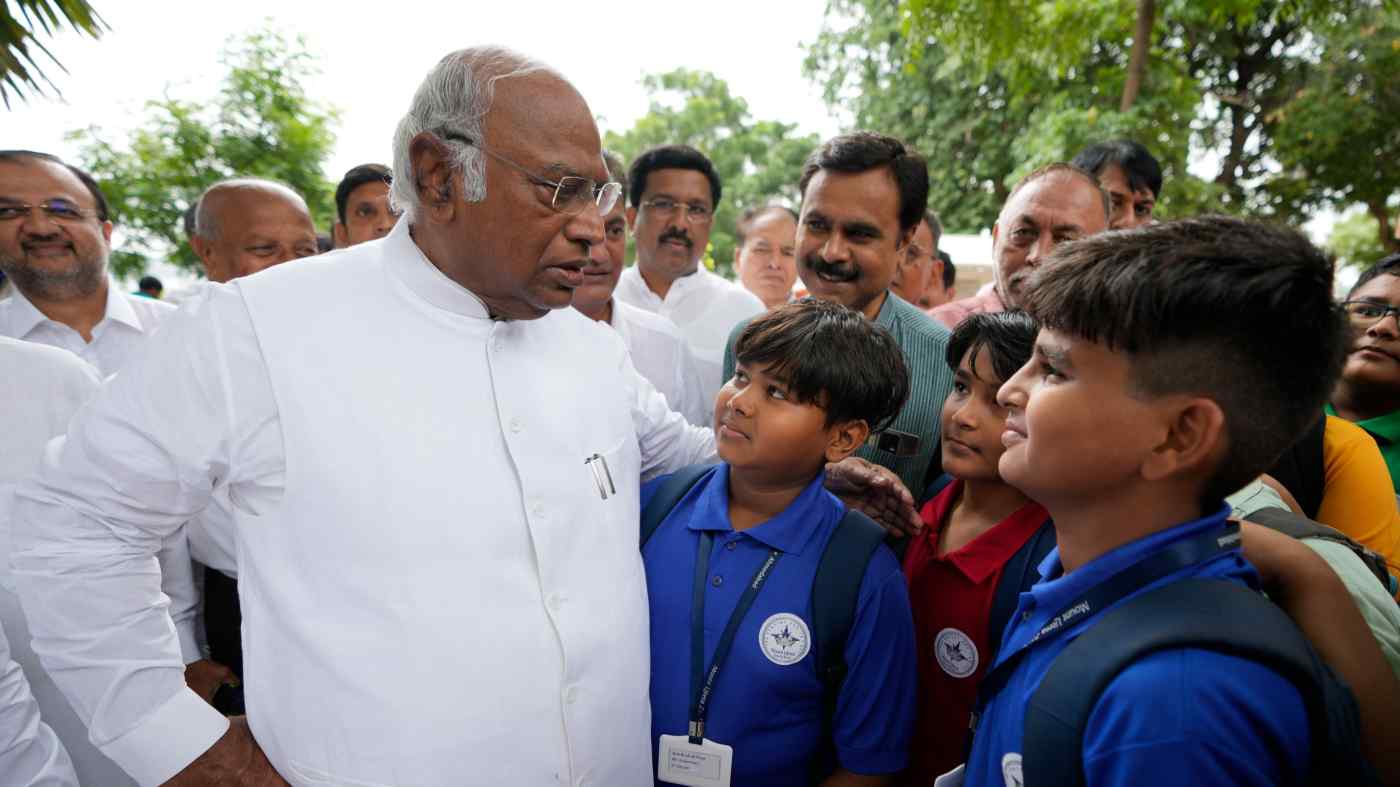 Mallikarjun Kharge meets with students in Ahmedabad on Oct. 7 ahead of his election as the president of the Indian National Congress party.   © AP
KIRAN SHARMA, Nikkei staff writerOctober 19, 2022 18:45 JSTUpdated on October 19, 2022 21:53 JST | India
CopyCopied

NEW DELHI -- The Indian National Congress, the country's "grand old party," has elected its first president outside the Gandhi family in over 20 years, officials announced on Wednesday.