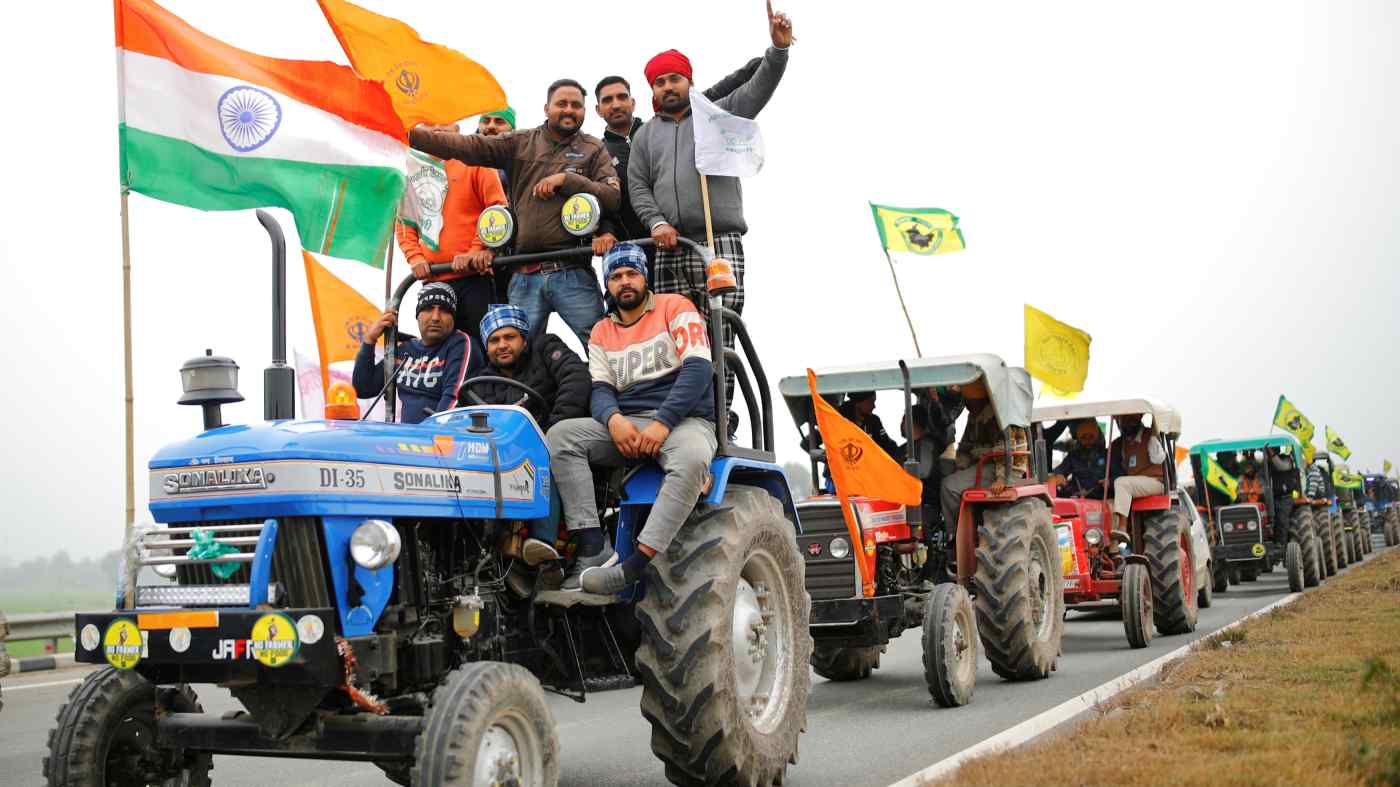 NEW DELHI -- India's Supreme Court on Tuesday suspended the implementation of three new controversial agriculture laws that have sparked widespread protests from farmers who want the rules repealed on fears for their livelihoods.

The laws, cleared by parliament in September, are now on hold and the court has also decided to set up an expert committee to hear the grievances of the farmers, who also say the new legal framework will benefit big companies and put them at a disadvantage. The court judgment came after a batch of petitions challenging the laws.