India's state-run companies should be cut to 'bare minimum:' minister

Finance chief wants government to operate only in 'strategic' sectors, such as defense 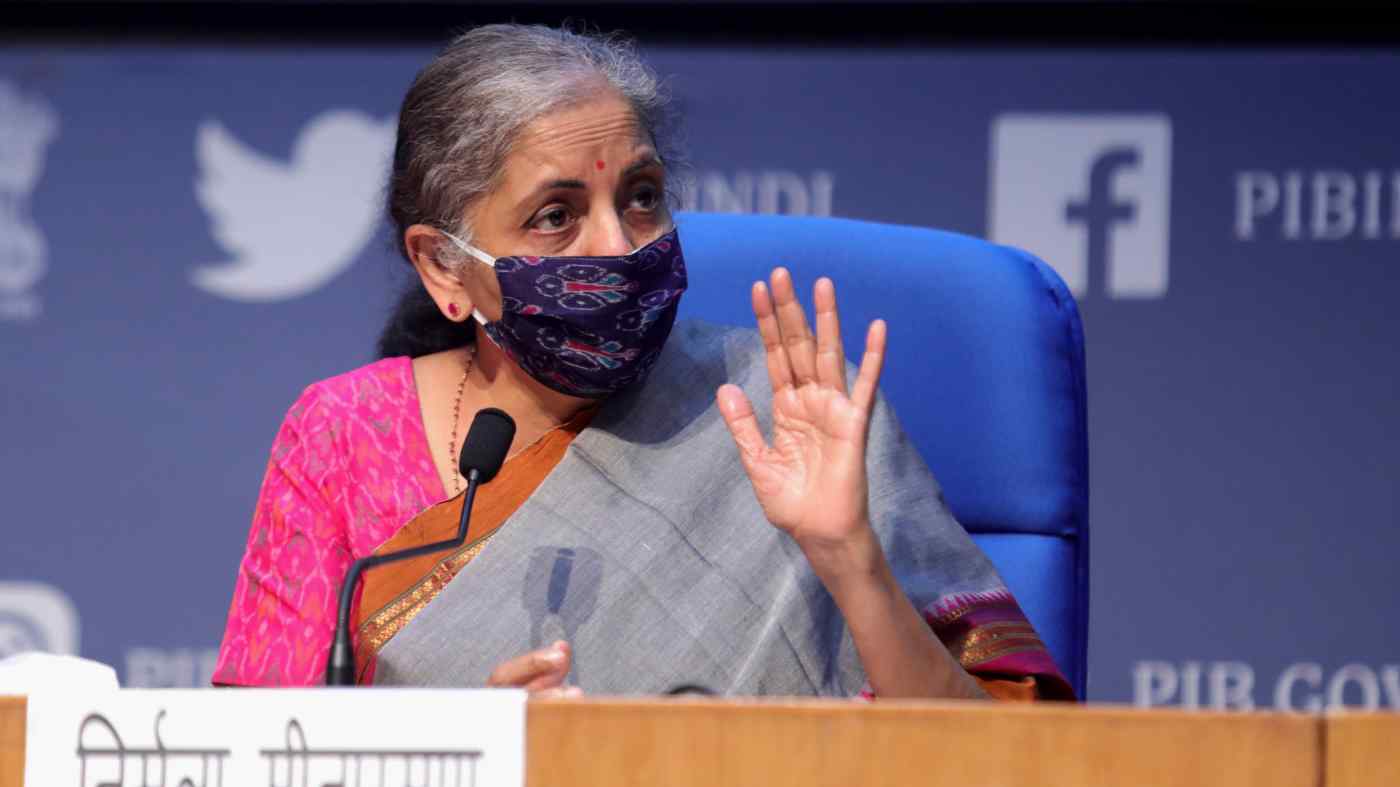 NEW DELHI -- Most of India's more than 350 state-owned companies should be eliminated over the coming years, reducing them to the "bare minimum," Finance Minister Nirmala Sitharaman said Thursday.

"The rest should gradually find the way out," Sitharaman told international reporters.

India started liberalizing its economy in 1991 after socialist policies led to a balance-of-payments crisis, but it still had 348 nonfinancial, state-owned companies as of March 2019, according to the BSE stock exchange. In addition, there are seven state-run insurers and 12 state-run banks today.

In a rather extreme example of a business usually better run by the private sector, there is even a state-run company that manufactures and sells condoms.

Sitharaman said the bare minimum refers to companies in "strategic" sectors including defense, power and mining.

"The idea of socialism, which has set up these state-run enterprises, did not help India," she said. State-owned companies have not been managed professionally enough, and some "do not even have valuation."

"As a result, even if you have political commitment to sell them off, you cannot move forward," the minister said.

"There is a lot of systemic due diligence [such as getting a fair valuation] to be done before I can even take them to the market. So the timeline may be a wishlist at this moment," she said, explaining the difficulties of charting a path to privatization.

Sitharaman reflected on India's post-independence socialist economic regime, saying: "This country has been burdened with socialism, which was imported from the U.S.S.R. during the post-independence period. The tax rate on individuals was 94%. Who would want to produce anything if you pay 94 rupees out of 100 rupees you earn?"

Then she reiterated the Modi government will support private-sector businesses and entrepreneurs. "Wealth creators must be respected," she said.

Sitharaman also reiterated the Modi government is willing to "discuss together with farmers" solutions to the ongoing street protests in the capital region.

Asked about the protests, which have roiled Delhi for three months as farmers demand a cancellation of three agriculture laws passed by parliament last September, she said the government is willing to make some amendments if they present problems in specific clauses of the laws.

But "no such specific clause, which may hurt the farmers, has been articulated to the government," she said.

Farmers protesting say the new laws threaten to dismantle the minimum support price (MSP) scheme, in which the government buys crops at state-set prices that are in most cases higher than market rates.

The government has tried to convince the skeptical farmers that the laws have nothing to do with the MSP rules, but the protesters continue to insist on a full withdrawal of the legislation.

"However tiring it may be, I am certain the government, together with farmers, will definitely discuss and come out of it," she said, stressing dialogue as a means to break the deadlock.