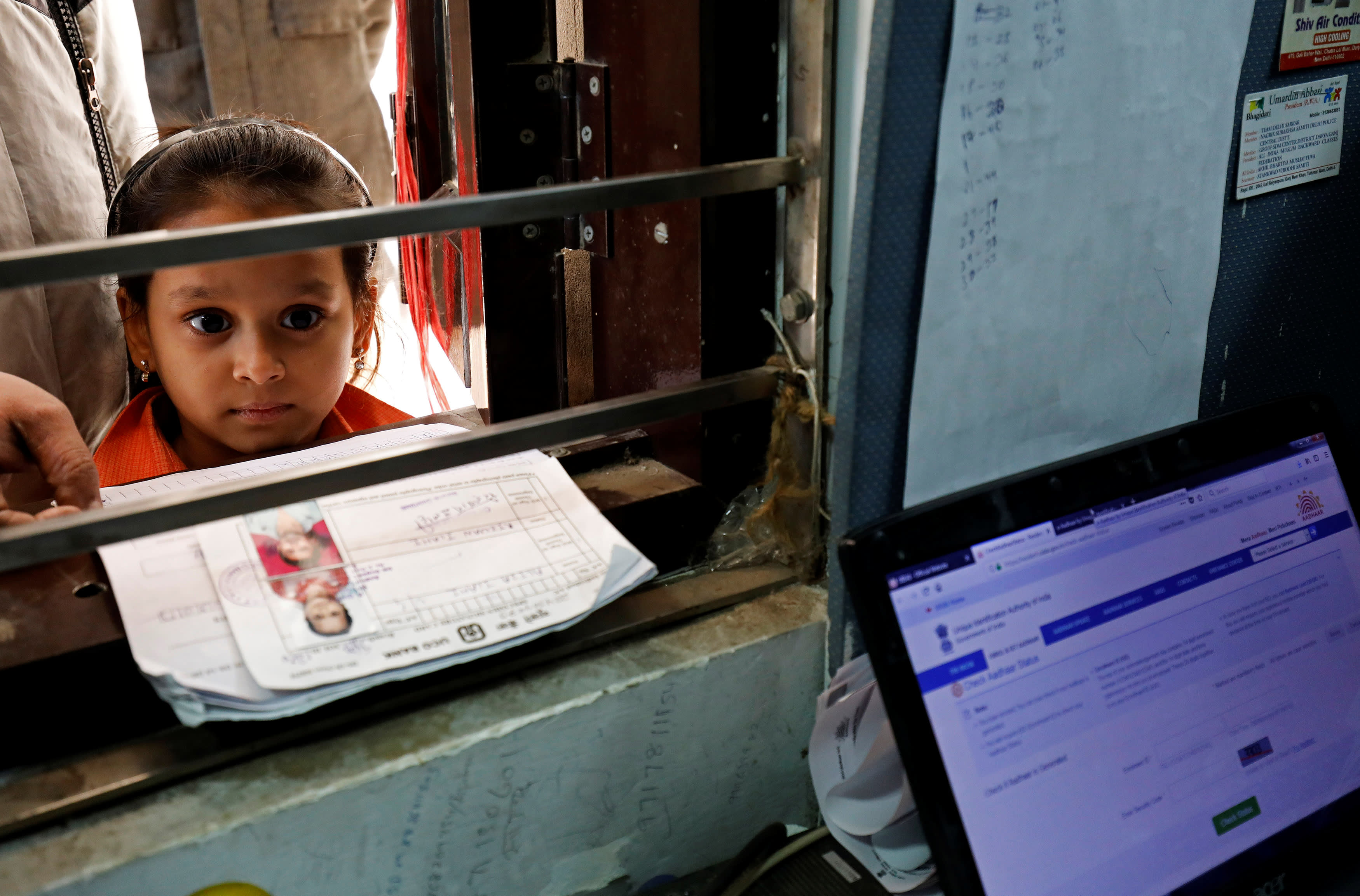 A girl waits for her turn to enrol for the Unique Identification (UID) database system, also known as Aadhaar, at a registration centre in New Delhi in January.   © Reuters

The ruling was cheered by detractors of the system, known as Aadhaar, which has already provided biometric identities to more than a billion people, making it the world's biggest such project.

Critics had expressed fears it could spawn a surveillance state and smoothe the way for companies to profile clients.

"This is a fabulous judgment," said lawyer Kapil Sibal, a member of the opposition Congress party, who had argued in court against the sweeping use of Aadhaar for identification.

"It takes care of citizens' rights and it ensures we don't have a surveillance state in place, it ensures that our privacy is not intruded into, and at the same time, it protects the rights of the marginalised," he told television channel CNN-IBN.

A majority ruling by a panel of five judges cleared the use of Aadhaar for welfare schemes, saying it empowered the poor and marginalized.

Among other objectives, the project aims to have a unique Aadhaar number, tied to an individual's fingerprints, face and iris scan, block theft and leakages in India's $23.6-billion-a-year food welfare programme.

"The entire aim behind launching this programme is the inclusion of the deserving persons who need to get such benefits," said Justice A.K. Sikri, who delivered the ruling on behalf of the majority, adding that beneficiaries would be harmed if Aadhaar were to be shelved.

The decision, split four against one, found the Aadhaar program had merits, but struck down a government effort to make its use mandatory in banking, telecom and school applications.

The single dissenting judge, Justice D.Y. Chandrachud, ruled the passage of the Aadhaar Act a "fraud on the constitution" as it had been passed in a money bill, allowing the government to bypass approval from parliament's upper house, the Rajya Sabha.

He also wrote that Aadhaar violated the right to privacy, as it could lead to profiling of indviduals and voters.

"The minority judgment has a lot of merit and it is a pity it did not find much support from the other judges," said Pavan Duggal, an expert in cyber law.

The court also ruled unconstitutional the use of Aadhaar by companies to establish an individual's identity.

Media have reported several cases of Aadhaar privacy breaches, but the Unique Identification Authority of India (UIDAI), which manages the programme, and other supporters, say it is foolproof and secure.

"The reason why we challenged (it) was because it went beyond the public distribution system, beyond protecting the marginalized, and tried to create a surveillance state," Sibal added.