India should take a bolder line with Beijing on Tibet

While it has become fashionable to pair China and India, as if they were joined at the hip, it is often forgotten that the two have little in common politically, economically or culturally.

It was only after China's annexation of Tibet in 1951 that Chinese army units appeared for the first time on India's Himalayan frontiers. This was followed 11 years later by a war in which China's battlefield triumph sowed the seeds of greater rivalry.

Today, Tibet remains at the center of the China-India divide, fueling territorial disputes, diplomatic tensions and feuds over river-water flows. For example, Beijing was harshly critical of New Delhi in December for allowing the exiled Dalai Lama -- who has lived in India since fleeing Tibet in 1959 -- to visit the presidential palace for a public event and meet President Pranab Mukherjee, India's head of state.

Further diplomatic protests from Beijing are expected in coming weeks when the Dalai Lama begins a religious tour of Arunachal Pradesh, a sprawling Indian state famous for its virgin forests and soaring mountain ranges. China claims the territory, which it has called "South Tibet" since 2006.

Tibet is an issue of relevance far beyond China and India. With its lofty terrain, featuring the world's tallest mountain peaks and largest concentration of glaciers and riverheads, the Tibetan plateau influences atmospheric circulation -- and therefore climate and weather patterns -- across the northern hemisphere.

China has turned this resource-rich but ecologically fragile plateau into the center of its mining and dam-building activities. With the plateau warming at a rate nearly twice as fast as the rest of the world, glacial recession in the eastern Himalayas and the thawing of permafrost (permanently frozen ground) in Tibet are increasingly apparent.

The environmental crisis haunting the plateau threatens the ecological well-being of multiple nations, including those dependent on the 10 major Asian river systems that originate on the Tibetan massif. But the environmental problems are dwarfed by political strains in the region.

China lays claim to vast tracts of Indian Himalayan land on the basis of purported Tibetan ecclesial or tutelary links. Tibet's long shadow over China-India relations is also apparent from the Dalai Lama's lengthy abode in the Indian hill resort of Dharamsala, the seat of the Tibetan government-in-exile.

The fall of Tibet represented the most far-reaching geopolitical development in modern India's history. It gave China borders with India, Bhutan and Nepal for the first time, and facilitated a Sino-Pakistan strategic axis by opening a common land corridor.

The impact has been exacerbated by Indian blunders that have compounded the country's "China problem" and undercut its leverage. New Delhi was one of the first capitals to embrace the Mao Zedong-led regime in Beijing after the Chinese Communist Party seized power in 1949. Yet Mao annexed the historical buffer of Tibet, eliminating India's outer line of defense, just two years later.

Led by Jawaharlal Nehru, a romantic who viewed China sympathetically as a fellow postcolonial state, India went on to surrender extraterritorial rights in Tibet inherited from the U.K., its former colonial master. It also acknowledged the "Tibet region of China," without getting Beijing to recognize the existing Indo-Tibetan border. Ironically, the pact that recognized China's rights in Tibet was named after the Tibetan Buddhist doctrine of Panchsheela, the five principles of peaceful coexistence.

Almost half a century later, India went still further, using the legal term "recognize" in a document signed by the heads of government of the two countries in 2003 that formally accepted Tibet as "part of the territory of the People's Republic of China."

Meanwhile, China has sought to crimp the Dalai Lama's freedom within India. Initially, Beijing objected to official discussions between the Dalai Lama and foreign heads of state or government. But China has progressed over the years to protesting his presence at any state-linked event, and even his visits to other countries, such as a purely religious trip to Mongolia in November.

The New Delhi event that riled Beijing in December was organized for children's welfare by Nobel laureates, a group that includes the Dalai Lama. Demanding that India respect China's "core interests" and refrain from causing "any disturbance" to bilateral ties, China couched its protest in imperious terms. Instead of censuring Beijing for seeking to dictate terms to India, New Delhi responded almost apologetically that the meeting was a "non-political event."

The more accommodative India has become of China's claims and concerns over Tibet, the more assertive Beijing has been in upping the ante. For example, in ratcheting up the Arunachal Pradesh issue in recent years, Beijing has contended that the region -- almost three times larger than Taiwan -- must be "reunified" with the Chinese state to respect Tibetan sentiment. The flimsy basis of its historical claim has been exposed by the Dalai Lama, who has publicly declared that Arunachal was never part of Tibet.

By bringing its Tibet position into alignment with China's claim, India has not won Chinese gratitude; rather it has boosted Beijing's clout and encouraged Chinese re-engineering of transboundary river flows, on which India is critically dependent.

According to Aquastat, a database maintained by the Food and Agriculture Organization of the United Nations, 718 billion cubic meters of surface water a year flows out of the Tibetan plateau and the Chinese regions of Xinjiang and Inner Mongolia to neighboring countries, 48.33% of which runs directly into India. In addition, Nepal's Tibet-originating rivers drain into India's Gangetic basin. So no country is more vulnerable than India to China's current focus on building cascades of large dams on international rivers.

The way for India to reclaim its Tibet leverage is to start emphasizing that its acceptance of China's claim over Tibet hinged on a grant of genuine autonomy to the region. Instead of autonomy, Tibet has experienced tightening political control and increasing repression, triggering grassroots desperation and a wave of self-immolations.

A braver Indian approach would include showing Tibet in its official maps in a different color from the rest of China and using expressions such as "the Indo-Tibet border," instead of "the India-China border." Using measures such as this, India can subtly reopen Tibet as an outstanding issue without having to renounce formally any of its previously stated positions.

In any event, India must not shy away from urging China to begin a process of reconciliation and healing in Tibet. Having ceased to be a political buffer between China and India, Tibet can still become a political bridge between the world's demographic titans if Beijing initiates a process of genuine reconciliation there to ease Tibetans' feelings of estrangement. Otherwise, Tibet will remain at the core of the China-India divide.

India has played an important role in aiding the survival of Tibetan culture by funding Tibetan schools for the large number of Tibetan exiles it hosts. By recalibrating its Tibet policy, India could elevate Tibet as a strategic and environmental issue that impinges on international security and climatic and hydrological stability. 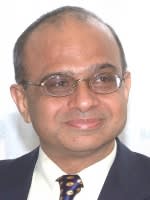 Brahma Chellaney is a geostrategist and the author of nine books, including "Water: Asia's New Battleground," the winner of the Bernard Schwartz Award.