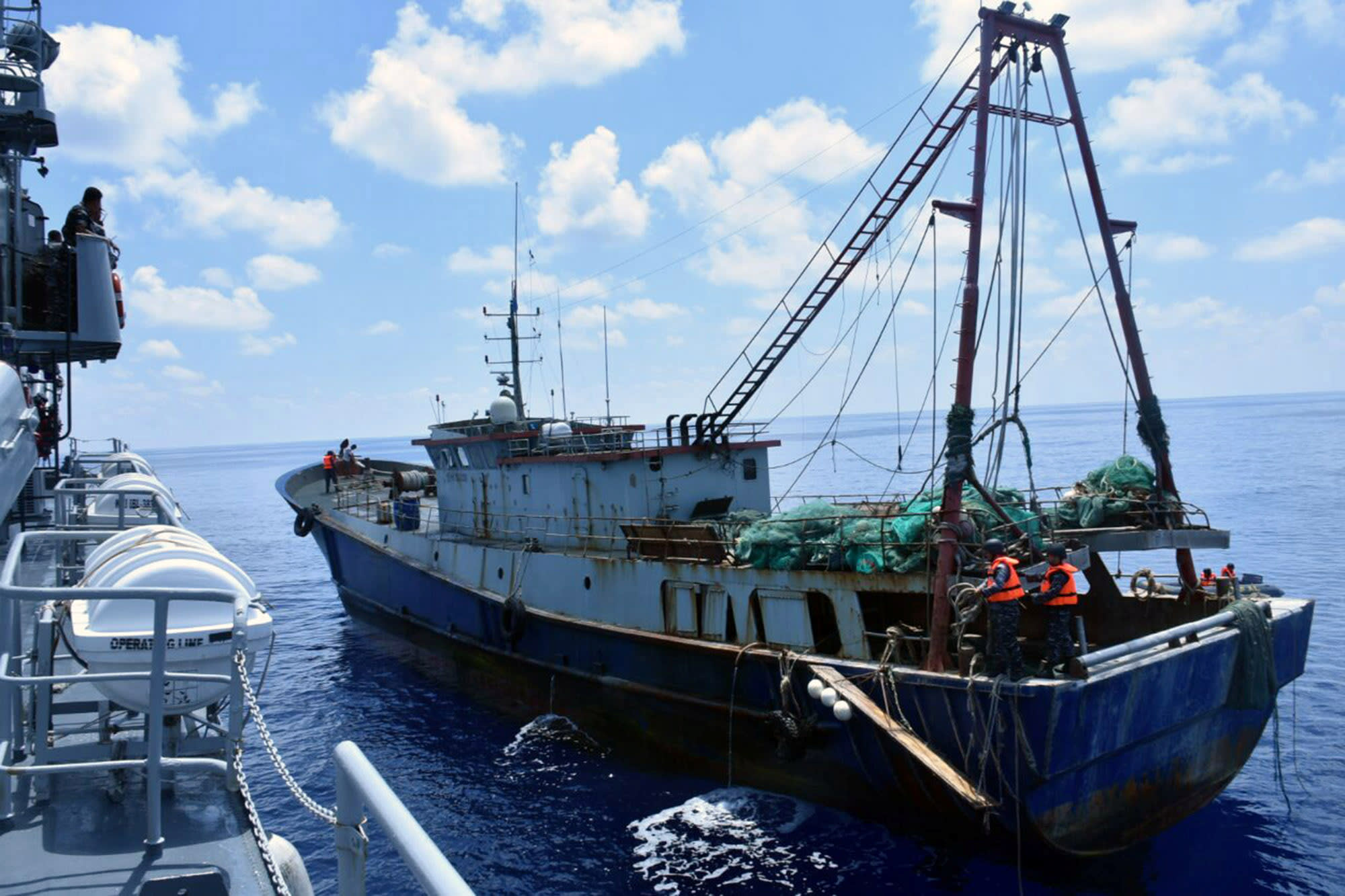 JAKARTA -- Indonesia and Japan on Wednesday said talks are deepening to develop maritime cooperation in some of the outermost Indonesian regions, including the Natuna archipelago, which borders the South China Sea.

Development of local fisheries-related industries, including construction of fishing ports and fish transport ships, is high on the agenda. But security cooperation is also part of the discussions, with the two countries agreeing on "construction of vessels for patrol and multipurpose vessels," according to their joint press statement.

Brahmantya Poerwadi, an official with the Indonesian Ministry of Maritime Affairs and Fisheries, said Japan will provide grants to develop a coastal radar system and a satellite that will help traditional Indonesian fishermen upgrade their capability. The new technologies are also expected to help Indonesia protect its waters from poachers through better detection of foreign-flagged fishing vessels, including those from China.

"There will be better surveillance, tighter detection," Poerwadi said after a meeting between Indonesia's Maritime and Fisheries Minister Susi Pudjiastuti, and Hiroto Izumi, special adviser to the Japanese prime minister.

Talks on joint maritime development have intensified since Japanese Prime Minister Shinzo Abe's visit to Jakarta in January, during which he and Indonesian President Joko Widodo agreed that cooperation in maritime security and development on the outermost Indonesian islands should be a "top-most priority."

Participants at Wednesday's meeting agreed that six outlying Indonesian regions will be the focus of the partnership. They include the Natuna archipelago, which lies at the southern end of the South China Sea, and around which the Indonesian navy intercepted a number of Chinese fishing vessels last year, drawing ire from Beijing.

The new Japan-Indonesia partnership comes as the U.S. under President Donald Trump has reduced its presence in the South China Sea, creating a power imbalance in the disputed area and encouraging China to continue staking its overreaching claims there.

Recently, as the world is focused on North Korea's missile and hydrogen bomb tests, China dispatched a flotilla of civilian and military vessels to within a few nautical miles of a Philippines-occupied island. A prominent Filipino official described China's move as an "invasion."

Indonesia said it is not a claimant to the resource-rich waters, which are disputed by China, Taiwan and several Southeast Asian nations. But China's so-called Nine Dash Line, which covers nearly the entirety of the South China Sea, overlaps Indonesia's exclusive economic zone north of the Natuna islands, on the southern end of the sea.

Indonesia's July announcement of the renaming of its EEZ as the North Natuna Sea has sparked protests from Beijing. On Aug. 25, the Chinese Foreign Ministry sent an official note to the Indonesian embassy in Beijing, demanding that Indonesia retract the renaming. Indonesia's move to change an "internationally accepted name" had resulted in the "complication and expansion of the dispute, and affects peace and stability," China said, according to Channel News Asia.

No direct reference was made to the South China Sea in regard to the Indonesia-Japan talks. But the joint statement says, "The two countries share common interest in maintaining and promoting free, open and stable seas for peace, stability and prosperity of the region."

Poerwardi said a final agreement is expected between Widodo and Abe by the end of the year, possibly on the sidelines of the East Asia Summit in Manila in November.