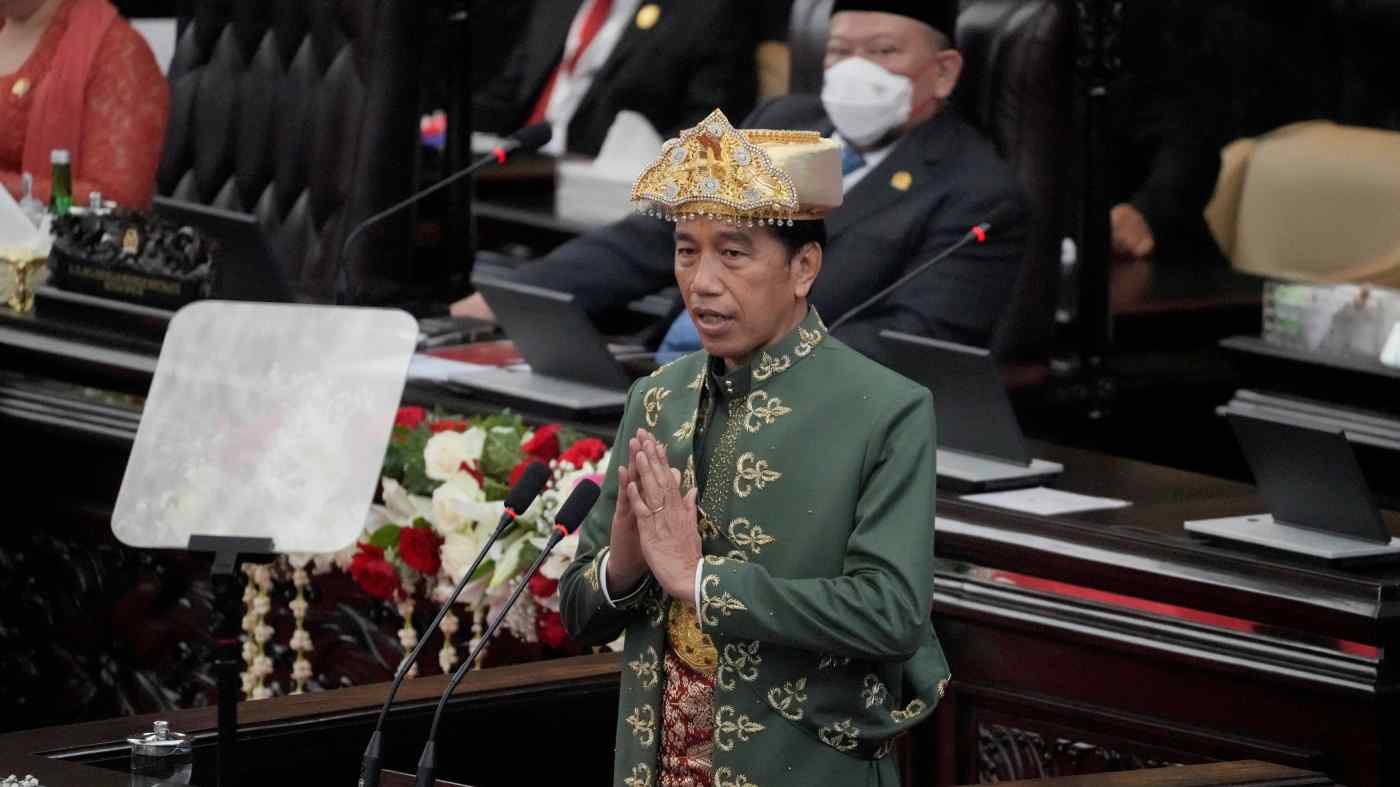 Indonesian President Joko Widodo delivers his State of the Nation address ahead of the country's Independence Day in Jakarta on Aug. 16.   © Reuters
August 16, 2022 15:41 JST | Indonesia
CopyCopied

JAKARTA (Reuters) -- Indonesian President Joko Widodo on Tuesday hailed his country's growing stature on the global stage and reiterated calls for the Southeast Asian nation to be a "bridge of peace" between Russia and Ukraine.

"In 2022, we hold the presidency of the G-20, an international forum made up of the world's largest economies. Next year, we will assume the chairmanship of ASEAN," he said in an annual state of the nation speech a day before Indonesia celebrates 77 years of independence.

"It indicates that we [are at the] pinnacle of global leadership," he added.

As head of the Group of 20 nations this year Jokowi, as the president is known, has taken an increasingly active role in foreign affairs.

In late June he traveled to Kyiv and Moscow to meet with his Ukrainian and Russian counterparts, Volodymyr Zelenskyy and Vladimir Putin, as part of diplomatic efforts to find a peaceful solution to the war and ease the global food crisis. He was the first Asian leader to do so.

Indonesia, he said, "has been accepted as a diplomatic bridge" between the two nations.

In the televised national address Jokowi also noted the country's economic fundamentals remain strong amid a volatile global economy, with inflation at 4.9% and economic growth reaching 5.4% in the second quarter of 2022.

As the pandemic eases, relatively low case numbers this year have allowed Jokowi to refocus on his priorities, including economic growth and infrastructure development in Southeast Asia's largest economy.

The parliament passed legislation earlier this year on relocating the country's capital to Indonesian Borneo, a cornerstone of the president's agenda.

Jokowi, who donned a traditional outfit from the Bangka Belitung Islands off Sumatra, the color of which his private secretary said represented a "green future," was elected in 2014 and will finish his second and final term in 2024.