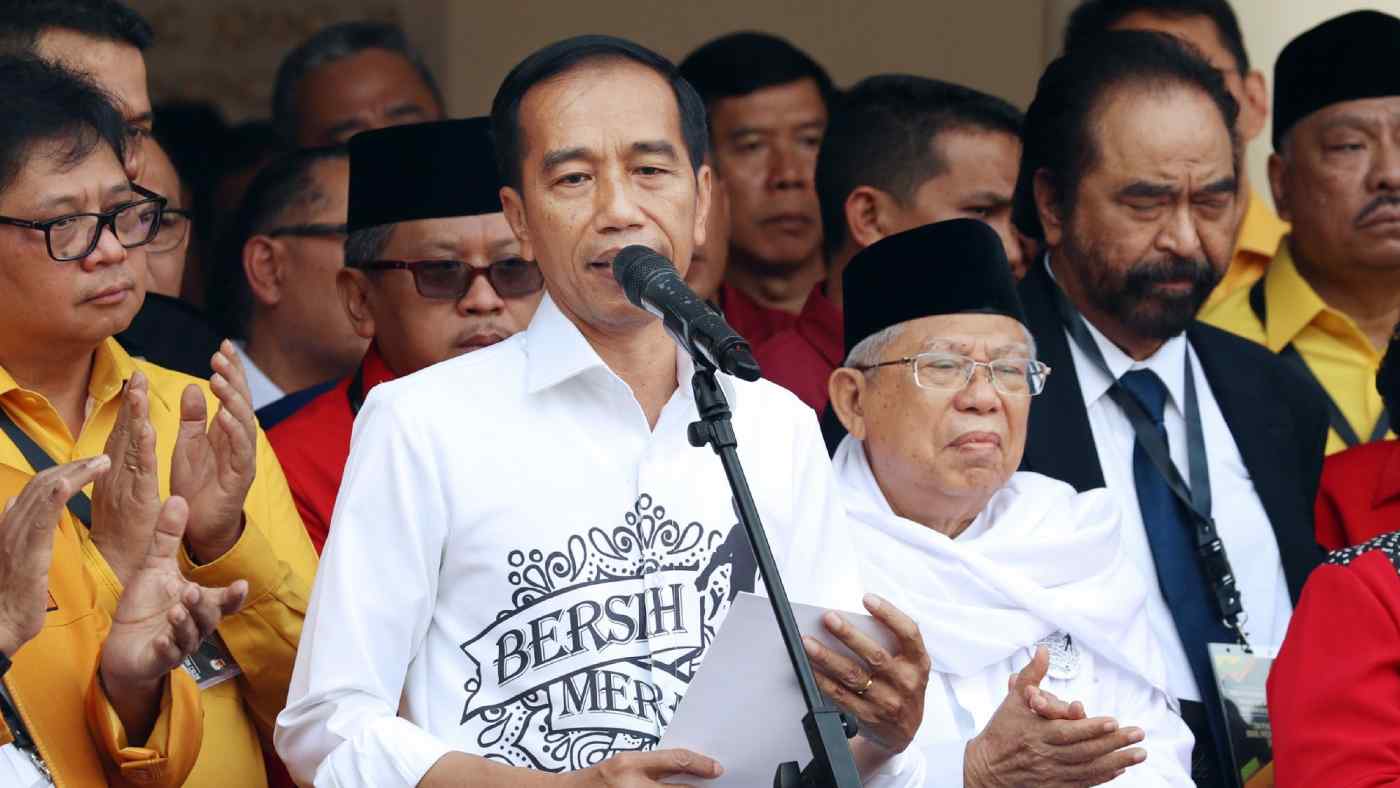 JAKARTA -- As Indonesia heads toward a presidential election on April 17, both ruling and opposition parties are increasingly focusing on conservative Muslims, a voter bloc that could decide the contest between incumbent Joko Widodo and his more religious opponent.

Indonesia's Muslim majority is generally considered moderate and tolerant of other religions. But a more firebrand attitude is on the rise, particularly in less urban areas and when it comes to top leadership posts like the presidency. The election of a Christian governor in Jakarta in 2014 has only hardened certain segments of the population.