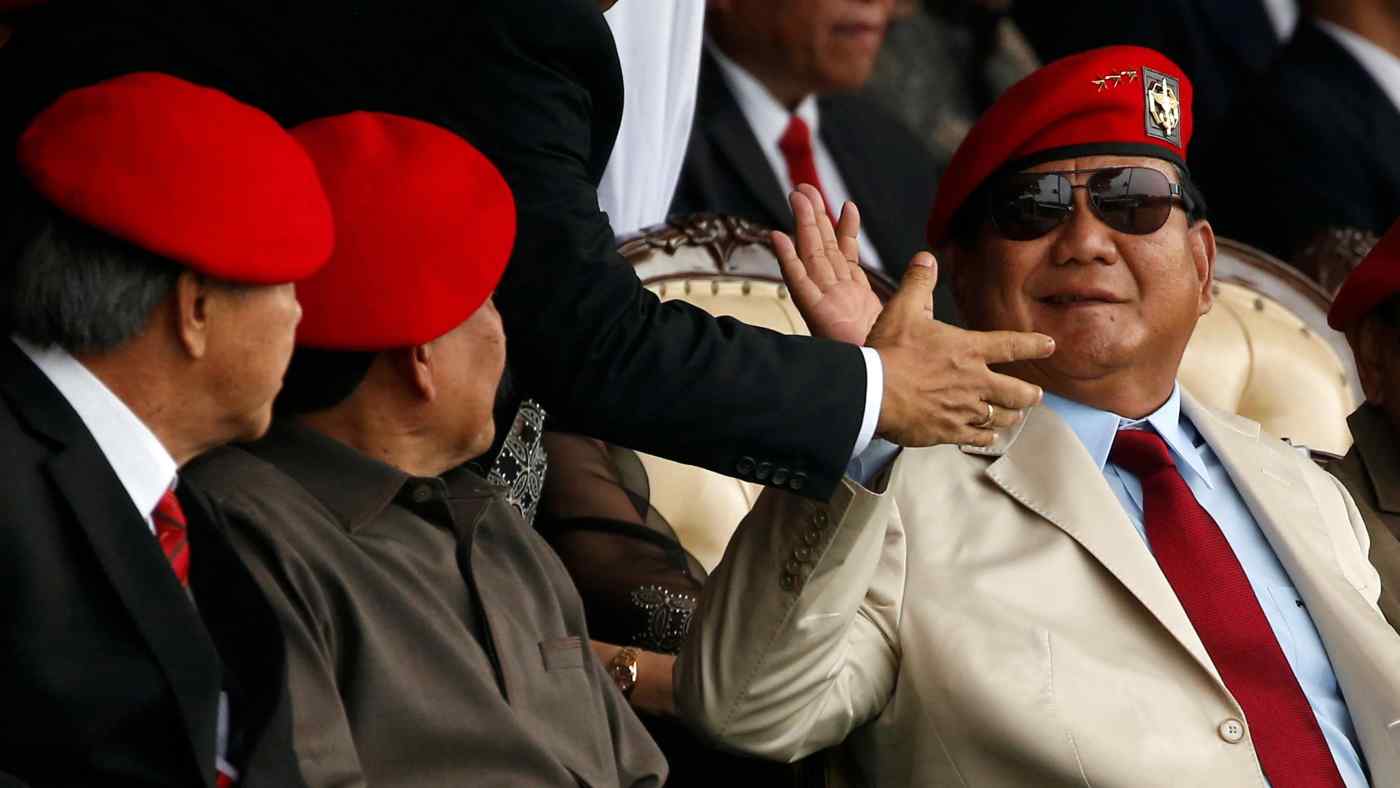 Representatives from Prabowo Subianto's camp including Bambang Widjojanto, former deputy chief of Indonesia's anti-graft agency, delivered to the court late Friday -- just over an hour before the deadline for an appeal -- evidence of what they claim to be widespread irregularities during the April 17 election.

Subianto's team has repeatedly said the poll was riddled with fraud including modified tallies, invalid voter lists and the burning of ballots by Widodo supporters.

"We have completed a dispute request for the presidential election, and we formally submit this request," Widjojanto said. "At the core of the request, we tried to formulate what really happened, [how] massive and systematic fraudulent action could be structured. There are various arguments and supporting evidence to explain it."

Neither Subianto or Sandiaga Uno, his running mate, attended the process.

The investigation of the official vote tally -- including hearings and verification of the provided evidence -- will take place after the Islamic holiday of Eid al-Fitr, marking the end of Ramadan, in early June. The ruling is scheduled for June 28, said a clerk from the Constitutional Court, who received the documents from the opposition camp.

The court has the power to overrule the election results and order a partial or full revote as needed, a decision that cannot be contested. Indonesia's General Elections Commission, or KPU, will declare a final election result after the court ruling. The winner will be sworn into office in October.

When Subianto, a former general, contested the results of the 2014 election -- the first time he faced Widodo -- with the Constitutional Court, his appeal was rejected.

Vice President Jusuf Kalla met with Subianto on Thursday, though the content of the talk remains undisclosed. Speaking to the media earlier on Friday, Widodo said the meeting was "an initiative of Kalla and me."

The president added that he had no plans to meet with Subianto himself, but said, "I am open to anyone, to work together, together advancing and building this country."

The filing of the appeal on Friday followed a peaceful day in Jakarta. Though Subianto supporters gathered near the back entrance of the Constitutional Court, no clashes between security personnel were reported as of the time Subianto's camp handed in its appeal.

The non-event on Friday was similar to Thursday, the first day without violent massive protests since Tuesday, when the official election count was announced. Subianto supporters did not surround the election Supervisory Body, or Bawaslu, office in Central Jakarta as they had done in the previous two days, and there were no reports of clashes between protesters and security forces.

However, Indonesia's security network remained on high alert. Parts of the main thoroughfare in Central Jakarta leading to the Bawaslu building remained closed, while roads surrounding the Constitutional Court were also blocked.

The police have arrested more than 442 people and confirmed the deaths of seven people related to the rioting on Tuesday and Wednesday. Jakarta Gov. Anies Baswedan on Wednesday said that an additional 737 people had been injured.

The police said some of those arrested likely came from outside of Jakarta and were carrying envelopes containing rupiah notes -- suggesting they had been paid. National police spokesman Muhammad Iqbal said on Thursday that two men detained by the police this week were affiliated with a group that has pledged support to the Islamic State.

The police have separately identified some social media accounts linked to "certain groups" that have spread disinformation related to the protests, and the government has shut down some aspects of social media usage throughout the country.