Jokowi and Prabowo clash over infrastructure in final debate

Charged campaign ends ahead of Wednesday's vote for Indonesia's presidency 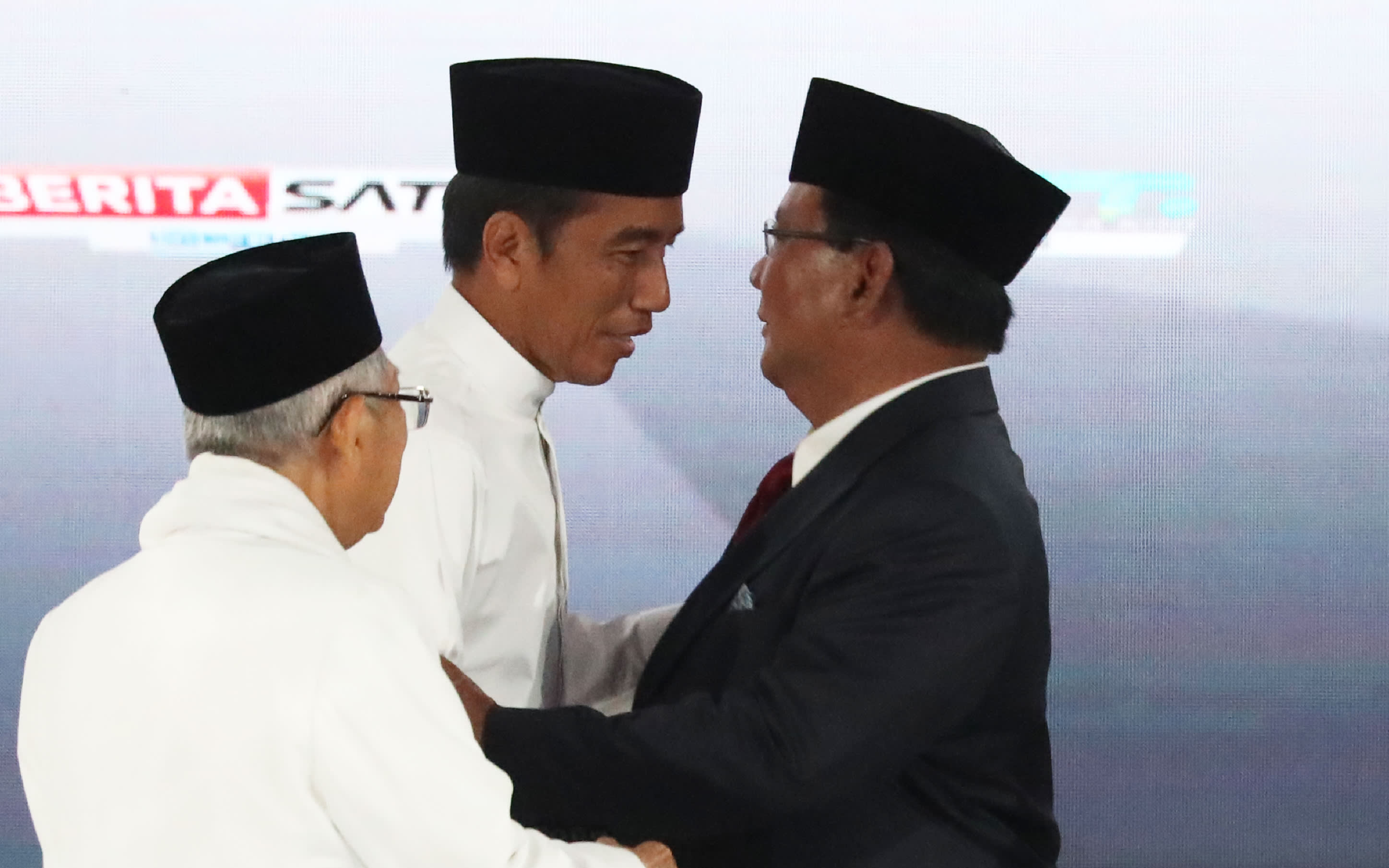 Widodo came into office in 2014 pledging an estimated $340 billion worth of infrastructure projects. And less than a month before the election, the president lauded the recent opening of Indonesia's first-ever metro network, the Jakarta MRT. While he has overseen the opening of many air and sea ports, progress has not been smooth -- one example being the stalling of a Chinese-led high speed rail line.

Subianto, 67, said Saturday that infrastructure development only allows foreign products to enter Indonesia, and does not help the nation's exports. "This nation doesn't produce anything -- it only receives other countries' products," he blasted.

Widodo, 57, countered by saying that infrastructure is needed to support the creation of new production hubs and tourism development. "We can't just export goods without building the necessary infrastructure," he said.

The president added that boosting infrastructure in eastern Indonesia would help reduce the wealth gap of the region with the wealthier west of the archipelago nation. The president reiterated that his "Indonesia-centric" development program would move the country away from his predecessors' focus on Java, the nation's most populous island that is home to Jakarta. Indonesian President Joko Widodo reacts to the crowd at a campaign rally in Jakarta on Saturday. (Photo by Kosaku Mimura)

Other than on infrastructure, the two candidates and their picks for vice president shared similar views in the debate -- the last of five -- that was focused on economic and welfare issues.

Both candidates pledged to raise the country's low tax-to-gross domestic product ratio, as well as support the digital economy and Islamic finance. Muslim and millennial voters are the most important constituencies among the country's 193 million eligible voters.

Having caused his elder opponent to stutter in a previous debate by raising the issue of startup unicorns, Widodo tried to trip Subianto up again by asking what he would do to develop the country's digital economy, including esports.

But Subianto's younger running mate, billionaire Sandiaga Uno, stepped in to save any blushes with a smooth answer to Widodo's question.

One surprise in Saturday's debate was Subianto's cooling of his usual anti-China rhetoric. While he often accuses Widodo of cozying up to Beijing, Subianto on Sunday said Indonesia should look at China as a model for economic development.

"We have to take an example from China, which was able to get out of poverty in 40 years," Subianto said, adding that Indonesia has been mismanaged for too long.

The Saturday night debate marked the end of the official campaign period. The emotionally charged campaigns have further intensified over the past week, with two of best known Muslim preachers in the country declaring support for Subianto. 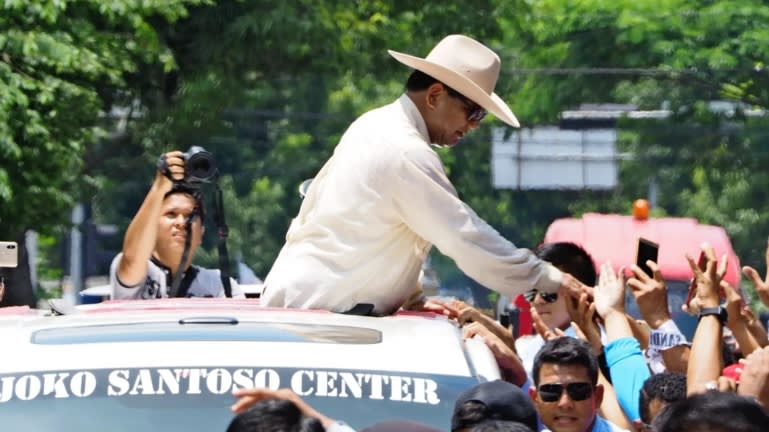 In the afternoon before the debate, about 200,000 people -- and many more outside -- packed the national stadium in Jakarta for Widodo's last rally. A similar show of force turned out for Subianto at the same venue a week earlier.

But the tone of the two gatherings differed starkly.

Subianto's rally had a strong religious tone, starting with morning prayers and featuring fiery sermons by hard-line preachers. This reflects his support base that includes followers of Islamist groups, which are enjoying a growing influence in the country.

Widodo's crowd on Saturday emphasized a nationalist tone, and included performances by popular rock artists who replaced lyrics in their songs with "Jokowi" and "Amin" to show support for the president and his running mate, senior cleric Ma'ruf Amin.

The size of the crowd would have been a relief for Widodo's camp. Especially after an April 7 rally inside a convention center outside Jakarta failed to draw in the targeted 7,000 people.

Polls in recent weeks show Widodo has a comfortable lead over Subianto, but the gap has been narrowing. The opposition camp claims its internal surveys show it will win the election.

Speaking to the crowd on a sweltering afternoon on Saturday, Widodo called on the people to stay optimistic -- a contrast to the negative tone of Subianto's campaign.

"[The country] will not make progress if the people are divided," the president said. "There is no developed country anywhere where a country is pessimistic... now we are on the right track."