Indonesia on high alert after second night of rioting in Jakarta

Police confirm that seven protesters have died in the violence 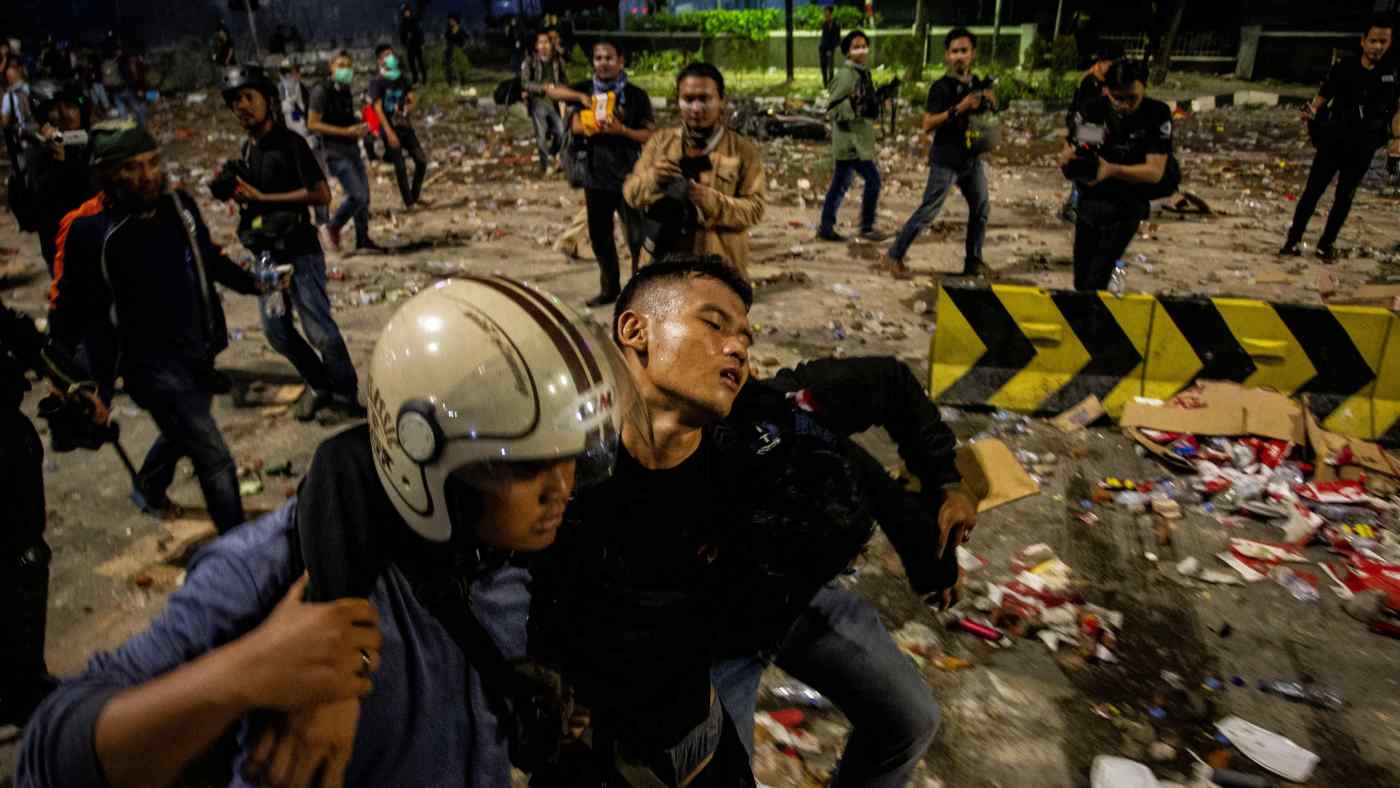 An injured police officer leaves the area with the help of colleagues after clashes with protesters in Jakarta in the early hours of Thursday.   © Reuters
SHOTARO TANI, Nikkei staff writerMay 23, 2019 16:25 JSTUpdated on May 23, 2019 19:24 JST | Indonesia
CopyCopied

JAKARTA -- Indonesia's security apparatus remained on high alert on Thursday, after protests in the capital against the official results of April's presidential election turned violent for a second night running.

Parts of the main thoroughfare in Central Jakarta leading to the building of the Election Supervisory Body, where most of the demonstrations took place, remained closed. Some stations on Jakarta's new subway system were shut, companies in the area allowed employees to work from home, and the doors of a luxurious mall in central Jakarta were locked for the day.