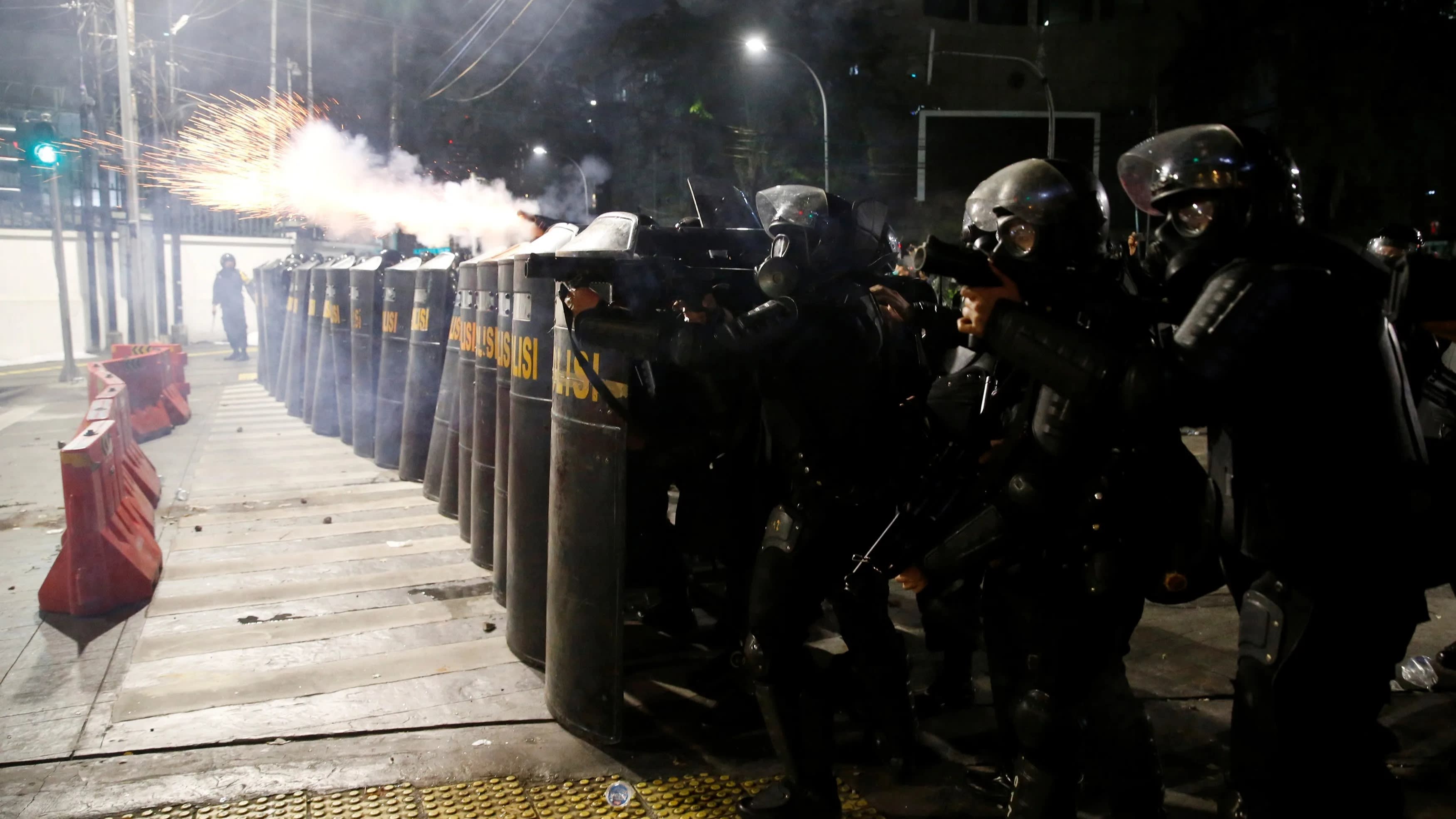 Unsatisfied with the official election results released Tuesday, which showed the incumbent winning 55.5% of the vote against 44.5% for opponent Prabowo Subianto, protesters clashed with police in front of an elections agency in central Jakarta.

Roughly 1,000 people had gathered since the afternoon, chanting about wrongdoing in the election. While the demonstrations were mostly calm, some had stayed until midnight.

Police said security forces began removing protesters at around 1 a.m. Wednesday, which was met by heavy resistance and led to rock-throwing and fire-setting by protesters. Tear gas was used as a result, the police said.

It was not clear whether anyone was hurt.

Opposition supporters were scheduled to hold another large-scale demonstration later Wednesday. Prolonged turmoil could have negative effects on the economy.

Police have deployed more than 8,000 security personnel in central Jakarta to keep an eye out for a terrorist attack to take advantage of the situation.