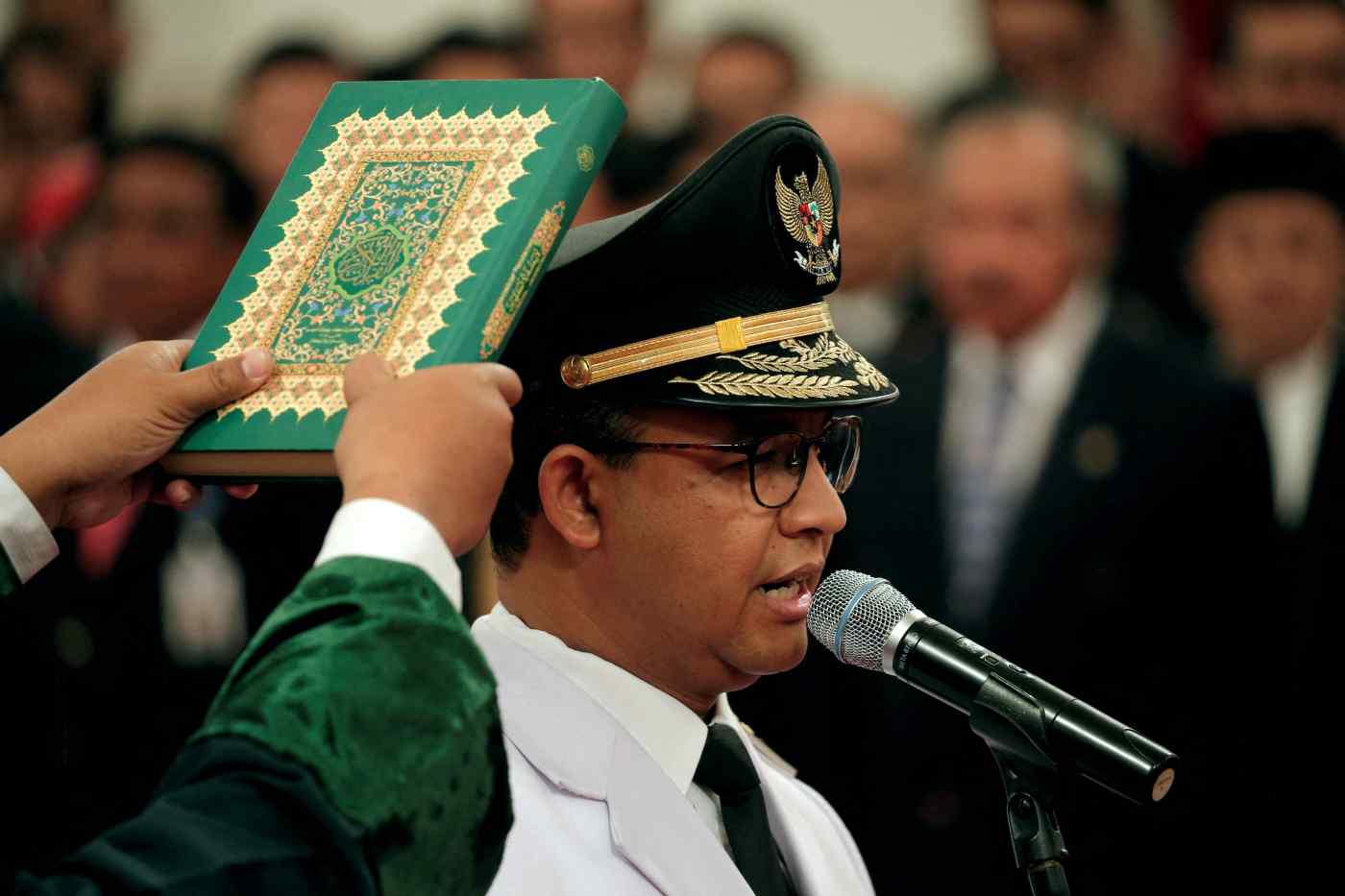 Anies Baswedan during his swearing-in as Jakarta governor at the Presidential Palace in Jakarta on Oct .16, 2017.
October 3, 2022 15:34 JST | Indonesia
CopyCopied

JAKARTA (Reuters) -- Indonesia's fifth-largest political party, NasDem, on Monday announced that it is backing outgoing Jakarta Gov. Anies Baswedan as its candidate for the 2024 presidential election.

Nasdem Chairman Surya Paloh said he had spent months deliberating on the party's preferred candidate and ultimately decided that Anies was the best choice.

Anies accepted the endorsement and said he was ready to "walk together" with the party, which in the 2019 parliamentary election won about 9% of the national vote.

At the time NasDem did not pass the required threshold to put forward a candidate alone, meaning it will have to form a coalition with other parties to formally nominate a candidate for 2024.

Presidential candidates are not required to officially register with the country's election body until October next year. But with incumbent President Joko "Jokowi" Widodo constitutionally barred from seeking a third term, intense jockeying is getting underway over who will next lead the world's fourth-most-populous country.

Elected as Jakarta governor in 2017, Anies faced criticism at the time for his perceived closeness to hard-line Islamic groups.

Mass rallies held by those groups catalyzed the downfall of Anies' political rival and then-governor Basuki Tjahaja Purnama, or "Ahok," an ethnic Chinese, Christian politician who was later imprisoned on blasphemy charges for insulting Islam.