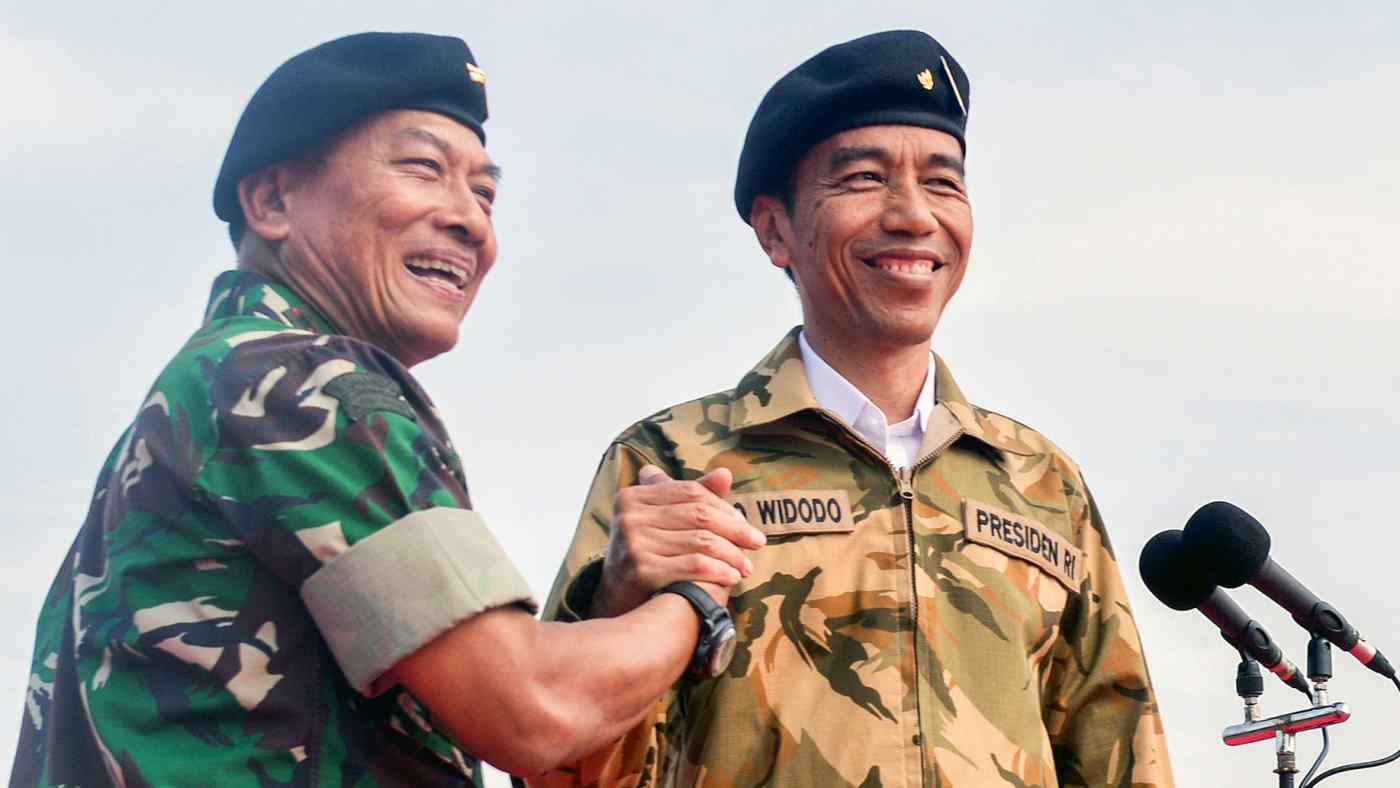 JAKARTA -- Indonesia's multiparty political system is at risk of splintering further after an apparent coup in a former ruling party.

President Joko "Jokowi" Widodo's chief of staff, Moeldoko, was named chairman of the Democratic Party at an extraordinary meeting on March 5 by a party faction. The retired general has never been a member of the party founded by former President Susilo Bambang Yudhoyono, who blasted him for the attempt to take the leadership from his son, Agus Harimurti Yudhoyono.

Critics have accused Widodo of orchestrating the move -- claims his office denies. The squabble is the latest in a series of internal conflicts that have split political parties, hardening the deep political fragmentation that has been blamed for ineffective governance and hampering the country's growth potential.

"Many are in disbelief that the presidential chief of staff, Moeldoko, is conspiring with internal [party] members to heartlessly and coldbloodedly stage the coup," Yudhoyono said in a televised speech. "I feel ashamed ... for giving him trust and a position in the past."

The Democratic Party meeting in the outskirts of Medan, the capital of North Sumatra Province, did not reach a quorum and was not attended by any of the party's national board members, Harimurti said separately. He added that the event was "illegal" and decisions made there "invalid."

Harimurti last week filed a formal letter to the Ministry of Law and Human Rights requesting it to reject the outcome. The coordinating minister for politics, law and security, Moh. Mahfud MD, said the government still acknowledges Harimurti as the party chairman.

Meanwhile, Muhammad Rahmat, spokesman of the faction promoting Moeldoko, spoke of dissatisfaction among grassroots members over alleged mismanagement by the national executive board, levies imposed on regional party chapters and a lack of financial transparency.

"We were looking for a figure who can unite us, who has an extensive network and can perhaps revive the Democratic Party's electability," he said, explaining the congress' decision to choose Moeldoko.

Widodo's silence over the matter and the fact that Moeldoko is an active member of the cabinet have fueled speculation over the president's role in the matter.

Ali Mochtar Ngabalin, a senior staffer at the office of the presidential chief of staff, said Moeldoko's action was a "personal decision" and not connected in any way to Widodo. "How is the president expected to take a decision when an individual exercises his political right? [Moeldoko has been] asked, offered and supported to become the Democratic Party chairman."

Some observers say it is too speculative to allege Widodo played a role in the Democratic Party saga, especially as the constitution bars presidents from serving more than two five-year terms and Widodo has already been reelected.

But some others see the move as benefiting Widodo's ruling Indonesian Democratic Party of Struggle (PDI-P) by getting a rival party onside ahead of the 2024 presidential and legislative elections. 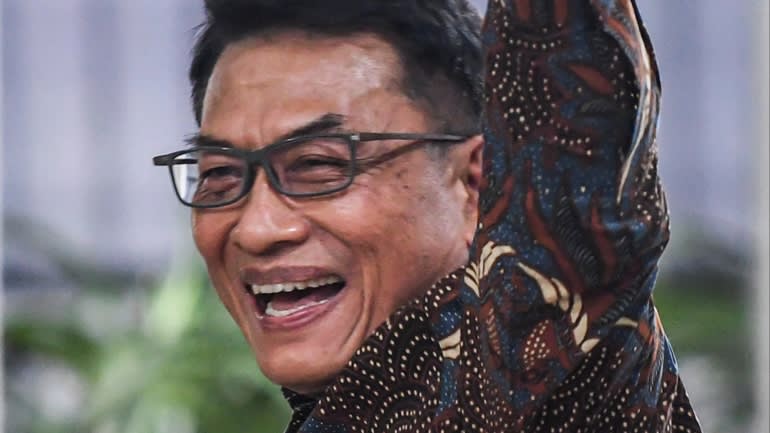 Moeldoko, Indonesia's presidential chief of staff, waves after a news conference in Jakarta on Feb. 3.   © Reuters

In 1999, following Suharto's fall the previous year, Indonesia held its first democratic elections, with as many as 48 parties competing for the national legislative seats. The number has since dwindled, with 16 parties contesting the latest election in 2019, of which nine passed the 4% parliamentary threshold.

The PDI-P currently controls 22% of the seats -- the most in the chamber -- and Widodo's coalition holds 74% of the total. Support from the Democratic Party, the largest party during Yudhoyono's presidency, would give him 9 percentage points more.

With no dominant parties, post-Suharto governments have typically lacked a strong mandate and relied on transactional politics between parties, preventing proper political appointments and policymaking.

Other parties are suffering from internal strife. Amien Rais, founder of the Islamic-leaning National Mandate Party, announced in October his decision to establish the Ummat Party, which appears to have a harder Islamist agenda. In 2019, following a lengthy internal dispute, two senior members of the Prosperous Justice Party left the Islamist organization to found the Gelora Party.

An earlier example was the defection of senior members from Golkar, Indonesia's oldest political party and Suharto's political vehicle. They included Defense Minister Prabowo Subianto, who went on to found the Gerindra Party, and a former security minister, Wiranto, who established the Hanura Party.

Syamsuddin Haris, professor of politics at the Indonesian Institute of Sciences, said that despite symbolizing the country's democracy, many Indonesian political parties are led by "personalistic and oligarchical" leaders and create rifts by failing to enact democracy within their own organizations.

"Political parties must institutionalize democracy internally if they seriously want to uphold democracy at the national level," Haris said. "If party elites rule their parties autocratically, it is almost certain they will behave similarly if they come to power."

Fitch Solutions said in a March 2 note that despite four rounds of peaceful parliamentary and presidential elections since 1999, Indonesia's political system is still "immature," with political parties "dominated by personalities rather than issues."

Fitch says Indonesia scores poorly in its long-term political risk index, adding that "with a relatively wide income gap, tensions among a diverse ethnic population, and high levels of corruption, the country still has formidable challenges to overcome."