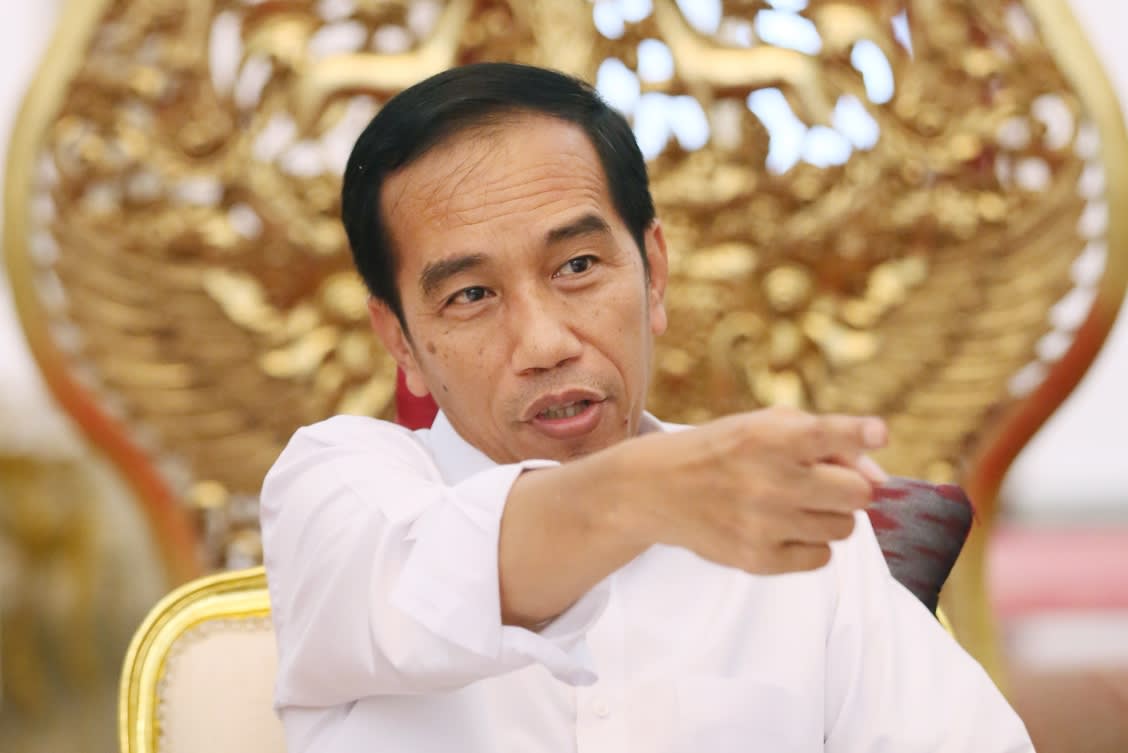 Indonesian President Joko Widodo gestures while speaking to The Nikkei in Jakarta on May 24. (Photo by Keiichiro Asahara)

JAKARTA -- Indonesia will ask Japan to contribute to a trans-Java railway that promises to more than halve the 10-hour travel time between the country's capital and Surabaya, its second largest city, according to Indonesian government officials.

Construction of the 750km railway is estimated to cost around 200 billion yen ($1.81 billion).

Japan intends to provide a long-term, low-interest yen loan, with expectations that Indonesia will use Japanese exports for the project, Japanese government officials said.

Indonesia's plan to seek Japanese cooperation was revealed to The Nikkei by Transportation Minister Ignasius Jonan and other government leaders. President Joko Widodo will explain the project to Japanese Prime Minister Shinzo Abe when he visits Japan during the Ise-Shima summit on Thursday and Friday, they said.

The leaders of seven major industrialized powers will be meeting in Ise-Shima, southeast of Osaka. Indonesia is not a Group of Seven nation.

Jakarta wants to conclude a contract with Japan by the end of this year, begin construction next year and get trains rolling by 2019, the government officials said.

Japan is pushing for a threefold increase in its infrastructure exports to 30 trillion yen by 2020, up from 2010 levels. It sees the rest of Asia as a prime customer.

Widodo wants to get infrastructure development plans that have fallen behind back on schedule and likes Japan Inc.'s track record of completing projects on time.

The trans-Java rail would account for about a quarter of the 3,200km of track the administration plans to complete by 2019.

The Indonesia government is also planning a new port in Patimban, Java, on the outskirts of Jakarta, close to an industrial park that has a large Japanese presence.

When Susilo Bambang Yudhoyono, Widodo's predecessor, was in office, Japan was jockeying to win an order to build a 140km bullet train system between Jakarta and Bandung, the capital of West Java.