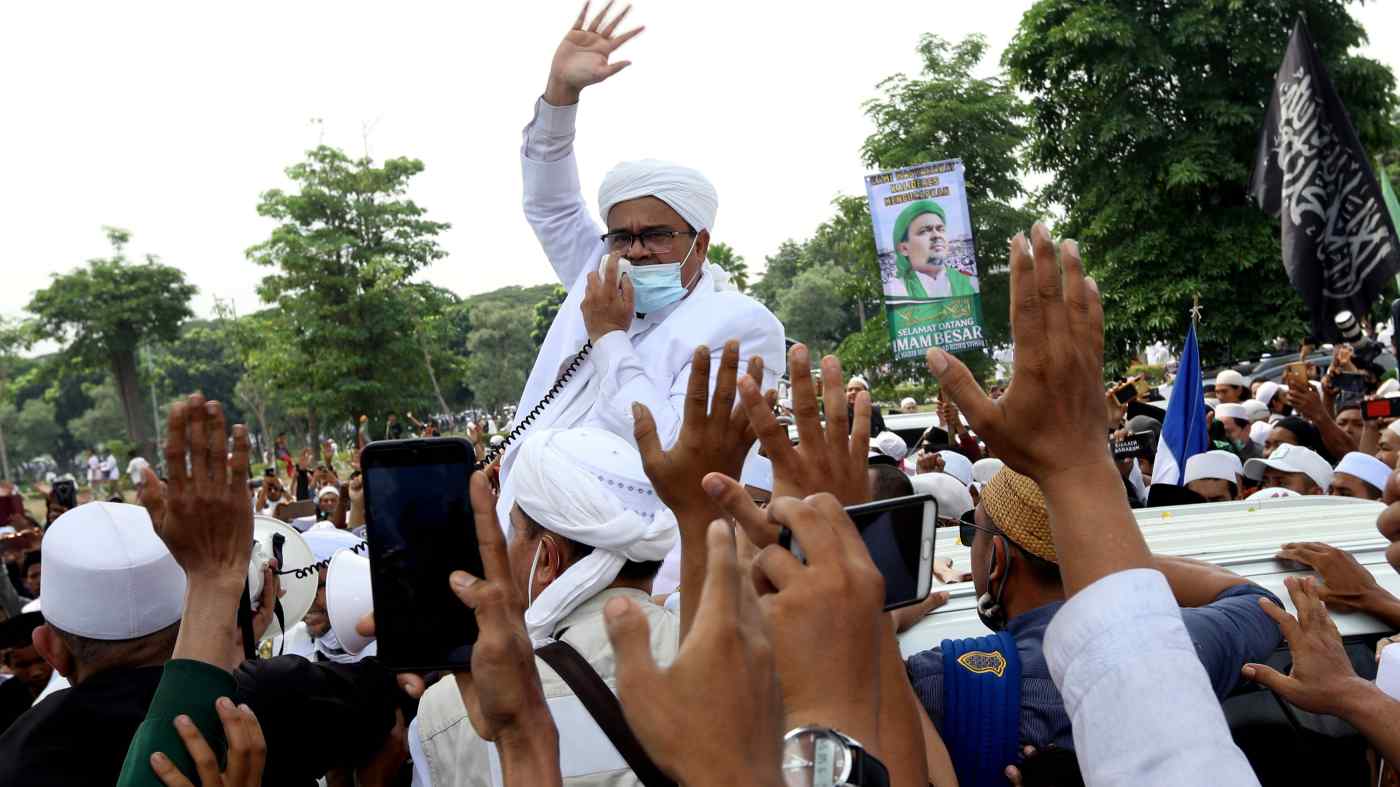 Rizieq Shihab, the leader of the Indonesian Islamic Defenders Front (FPI) who has resided in Saudi Arabia since 2017, greets people as he arrives at Soekarno-Hatta International Airport near Jakarta on Tuesday.   © Reuters
ERWIDA MAULIA, Nikkei staff writerNovember 10, 2020 17:45 JSTUpdated on November 10, 2020 20:00 JST | Indonesia
CopyCopied

JAKARTA -- Huge crowds in Jakarta welcomed the return of Indonesian Islamist leader Muhammad Rizieq Shihab, who returned to the country on Tuesday after three years of self-imposed exile in Saudi Arabia.

Shihab, who holds great influence over conservative Muslims in Indonesia, led massive rallies in late 2016 that contributed to the downfall of Basuki Tjahaja "Ahok" Purnama, the then Chinese Christian governor of Jakarta. His homecoming could now lead to a battle among Islamist political parties to receive his backing ahead of the next presidential election in four years.