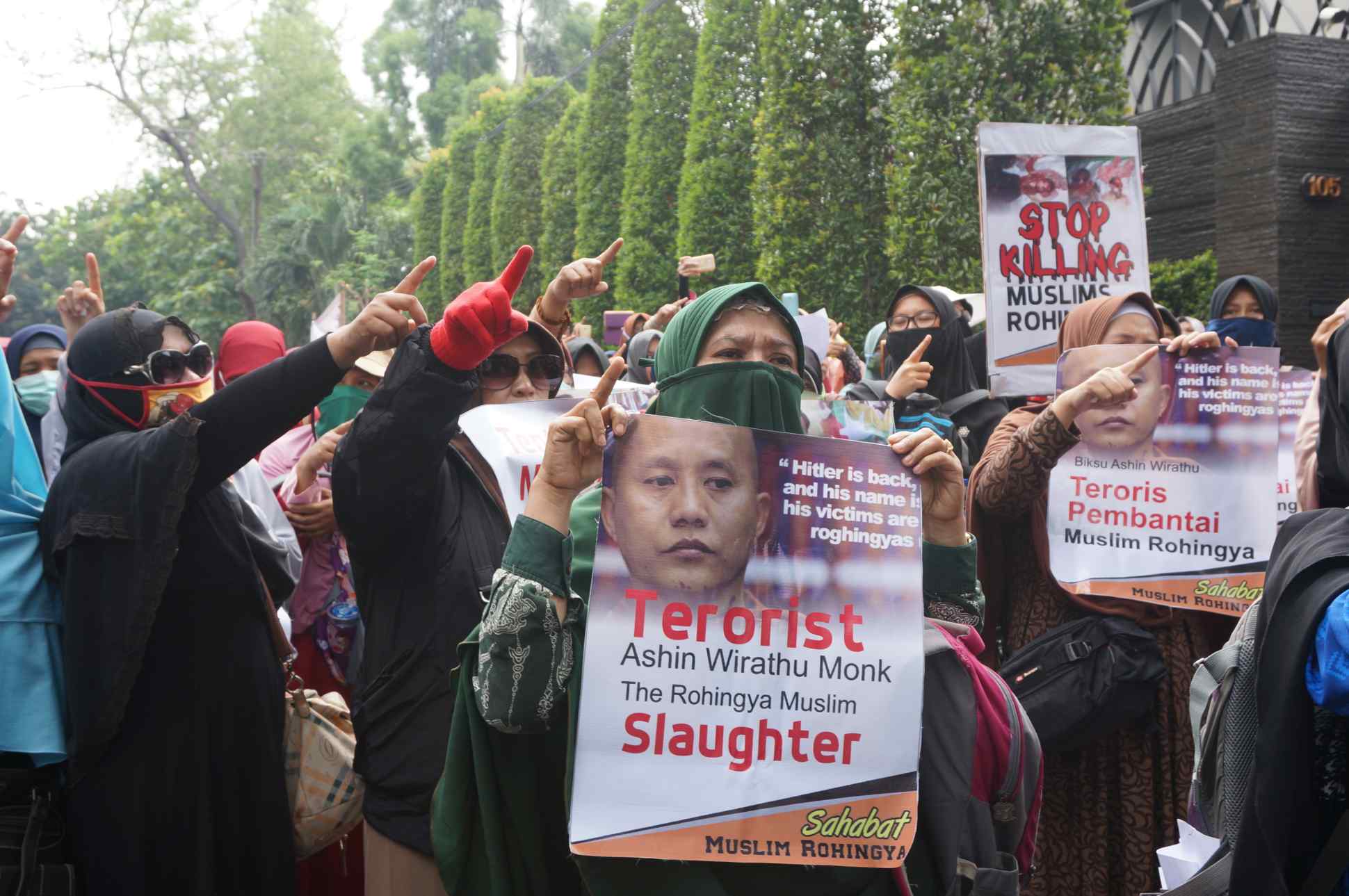 Members of a Muslim group stage a rally outside the Burmese embassy in Jakarta on Sept. 4 (Photo by Wataru Suzuki)
Politics

Marsudi, who also met with the commander-in-chief of the Burmese Armed Forces, Sr. Gen. Min Aung Hlaing, urged the army to end "all forms of violence" in Myanmar's Rakhine State. A fresh wave of violence erupted in the region following an attack by an insurgency group on military posts on Aug. 25. Myanmar's armed forces responded with force, reportedly killing hundreds and sending tens of thousands of Rohingya Muslims fleeing to neighboring Bangladesh.