Prime ministers have stepped down each time Japan hosted Games If history is any guide, Suga may suffer an insurmountable post-Olympics jinx that has felled three past prime ministers.

Citing the people's safety as his top priority, Suga opted to ban spectators at most Olympic venues. Still, rising infections forced the government on Friday to expand the state-of-emergency declaration to six prefectures.

In this dire political environment, Suga will face reelection as the leader of the ruling Liberal Democratic Party in late September. His LDP needs to fend off attacks from the opposition in a general election that must be held before the fall.

Japan has hosted three Olympics in the past. And each of those years saw the resignation of a sitting prime minister -- a jinx well known in the Japanese political nerve center that is Nagatacho. 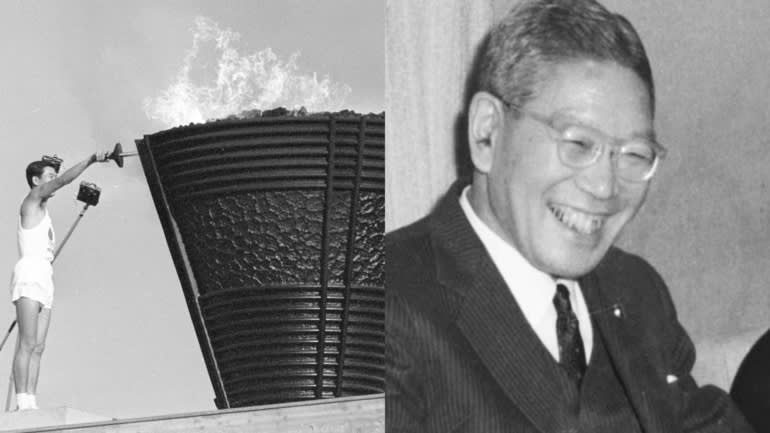 Prime Minister Hayato Ikeda announced that he was stepping down to focus on his health in October 1964, the day after the closing of Japan's first Olympics in Tokyo. (Source photos by Kyodo and Nikkei)

In October 1964, the day after the closing of Japan's first Olympics in Tokyo, Prime Minister Hayato Ikeda announced that he was stepping down to focus on his health.

Ikeda had leveraged infrastructure projects for the Olympics to spur rapid economic growth. But the month before the Games started, Ikeda checked into a hospital for cancer treatment. He managed to leave his hospital bed to attend the opening ceremony but resigned soon after the Games ended.

The public appeared to have been "fed up" with his long tenure, as some pundits had pointed out. After Okinawa was returned to Japan that May, he waited until the following month for the Diet session to close before stepping down.

The Nagano Winter Olympics were held in February 1998 under Prime Minister Ryutaro Hashimoto.

Hashimoto took office in January 1996 and was in his third year on the job. But it proved to be his last. He stepped down after his party suffered a crushing defeat in the upper house election that July. On Hashimoto's watch, the 3% consumption tax was raised to 5% in April 1997, provoking a public backlash.

This coincided with a financial system crisis triggered by the collapse of Hokkaido Takushoku Bank and Yamaichi Securities in November 1997.

After the Olympics, the demand spurred by the construction of competition venues and transportation infrastructure ebbs, at times triggering a recession. This "post-Olympics cliff" is more pronounced after the Summer Games. After the Tokyo Olympics of 1964, Japan was hit by the so-called 1965 recession.

This time, the Games were originally scheduled to be held in 2020 under Prime Minister Shinzo Abe. Some thought that Abe, after surpassing great-uncle Sato in the most consecutive days in office, would step down after successfully overseeing the Olympics. The Games would let him end on a high note.

But the Games were postponed a year by the coronavirus pandemic, and Abe resigned over a flare-up of his chronic illness. 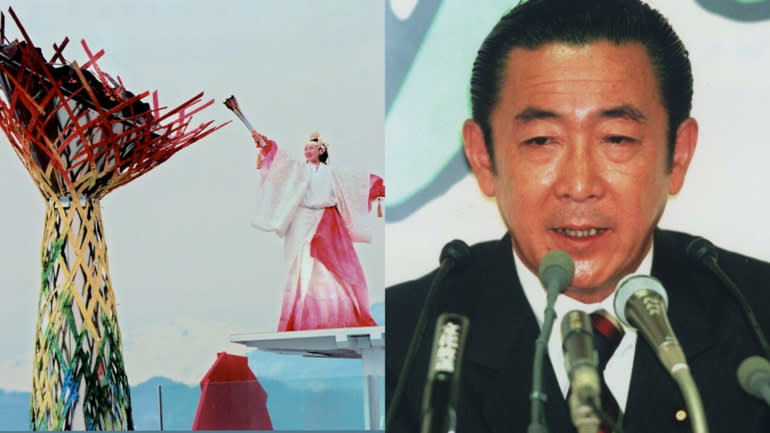 Prime Minister Ryutaro Hashimoto was forced to step down after losing the upper house election in July 1998, about five months after the Nagano Winter Olympics were held.(Photos by Nikkei)

But the past three post-Olympics resignations do not share a common cause. "Ikeda would have continued serving if not for his health," said Mikitaka Masuyama, a political science professor at the National Graduate Institute for Policy Studies. "Sato's decision was due to dissension within the party over his successor, and Hashimoto could not shield the party from the backlash from the consumption tax hike." Factors other than the Olympics were more significant in their resignations, he said.

On the other hand, Brazilian President Dilma Rousseff left office after the Rio de Janeiro Summer Olympics in 2016, and Italian Prime Minister Silvio Berlusconi resigned after the Turin Winter Olympics following his defeat in a general election.

What will the political situation look like after the Tokyo Games in 2021? Suga has been in office less than a year, and there is no way that these spectatorless Games can offer him a face-saving exit ramp.

The cabinet's approval rating fell to 34% in a July poll by Nikkei -- its worst yet. The prime minister has no strong rivals in the LDP, and there is no "bring down Suga" movement.

"If the Olympics go well and the public mood improves, it will be a plus for Suga," Masuyama said. "At the same time, the Games have faced consistent criticism, and spreading infections and a problem with vaccinations could result in a bigger minus," he added. More than 10,000 new cases were reported in Japan on Friday.

On July 7, LDP Secretary-General Toshihiro Nikai told Suga that he would support him staying on as prime minister. "Politics and political upheaval -- everything comes down to vaccines," he said. "Let's do it right."

Nagatacho is a town with many superstitions, mostly about elections and transfers of power: "The cabinet after a long government is short-lived." "The LDP loses the upper house election every nine years." There is little rational basis for these beliefs, and there are always exceptions to the patterns.

Even so, the fact that these superstitions still persist speaks volumes about the harshness of the political world, where one's fortunes could turn in a second. Politicians rely on these rules of thumb that have developed from past experience in a desperate attempt to gain insight into power struggles.

"Post-Olympics political upheaval" has been cited more often in July. The cabinet's approval rating for that month reached its lowest point in multiple media polls. The lower house election and the end of the LDP president's term will both come this fall, and an upper house election will be held next summer. The next year will see many pundits offering predictions on the future of the Japanese politics.