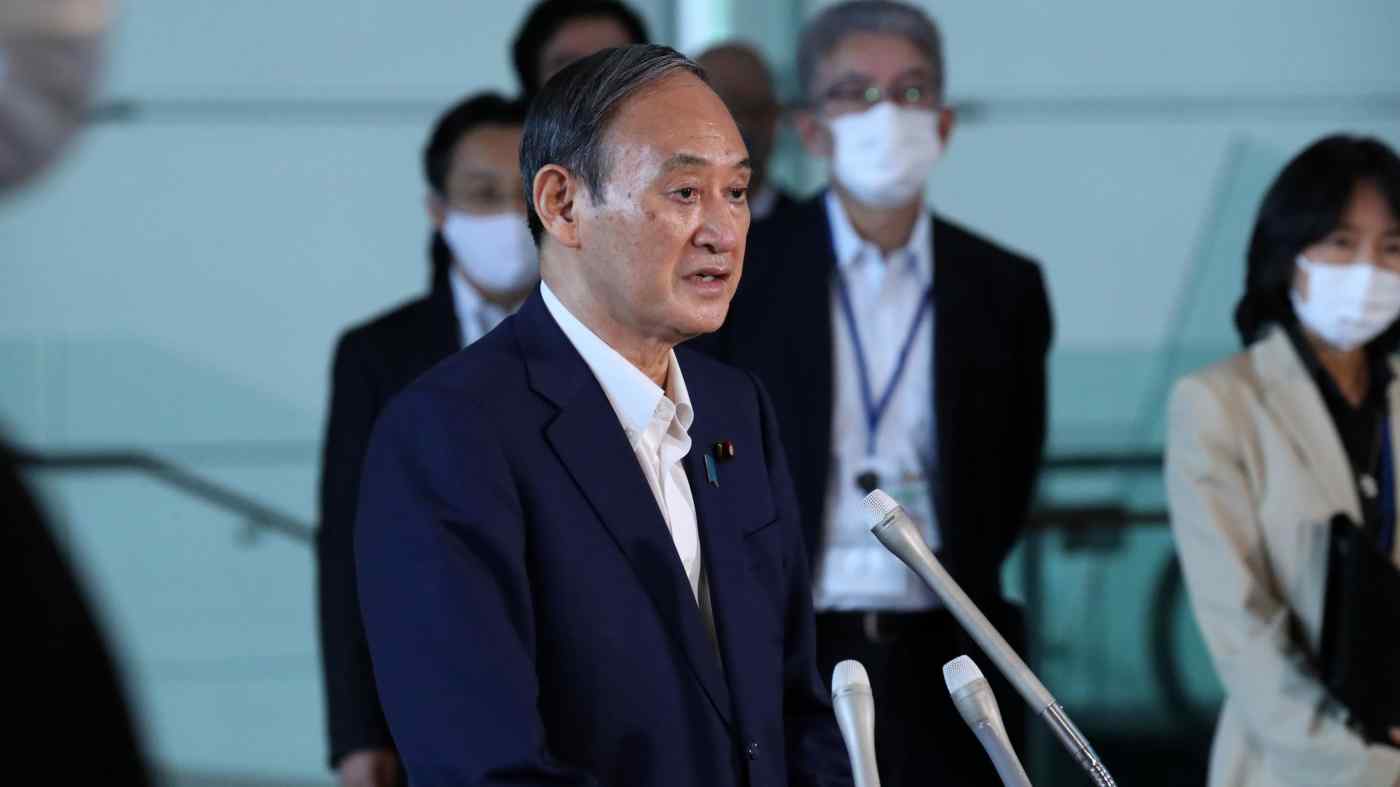 TOKYO -- Prime Minister Yoshihide Suga will not run for the presidency of the Liberal Democratic Party and will step down as the prime minister of Japan, less than a year after taking office on Sept. 16, 2020. Looking back, there were three crucial moments that sealed Suga's political fate.

The first was his decision to forgo a quick general election. Immediately after taking office, Suga's cabinet had a 74% approval rating, the third-highest ever for a new cabinet. His cabinet still enjoyed nearly 60% approval as of last November. If Suga had called an election by that point, there is a good chance that the LDP would have kept its sole majority in the Diet, Japan's parliament, judging by historical approval ratings and electoral results.