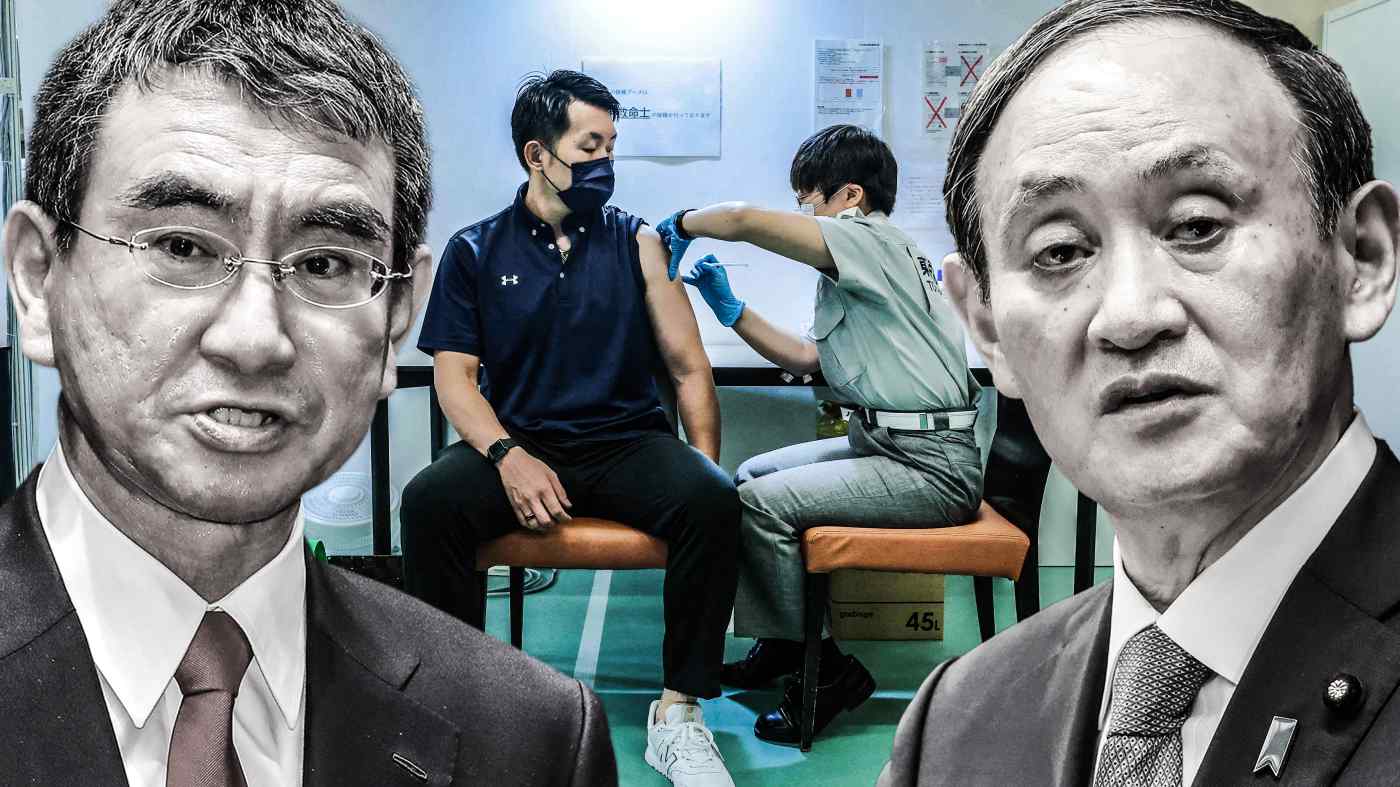 Taro Kono, left, has a shot to replace current Prime Minister Yoshihide Suga, but his lack of a power base and maverick policies could get in his way. (Source photos by Rie Ishii and AFP/Jiji)
HIROSHI ASAHINA, Nikkei staff writerAugust 15, 2021 12:00 JST | Japan
CopyCopied

TOKYO -- Despite belonging to the most mainstream political party in Japan and coming from a family of politicians, Taro Kono has long been viewed as a lone wolf in Japanese politics. His aloofness has always been why no one would have ever taken his prime ministerial ambitions seriously till a few years ago.

"It's important to focus on the work I have to do first," said Kono, choosing his words carefully in a news program last month when asked whether he would support Prime Minister Yoshihide Suga in the upcoming presidential election of the ruling Liberal Democratic Party.