APEC chiefs, including Trump, agree on free and fair trade

US, China and other members pledge to refrain from protectionist measures 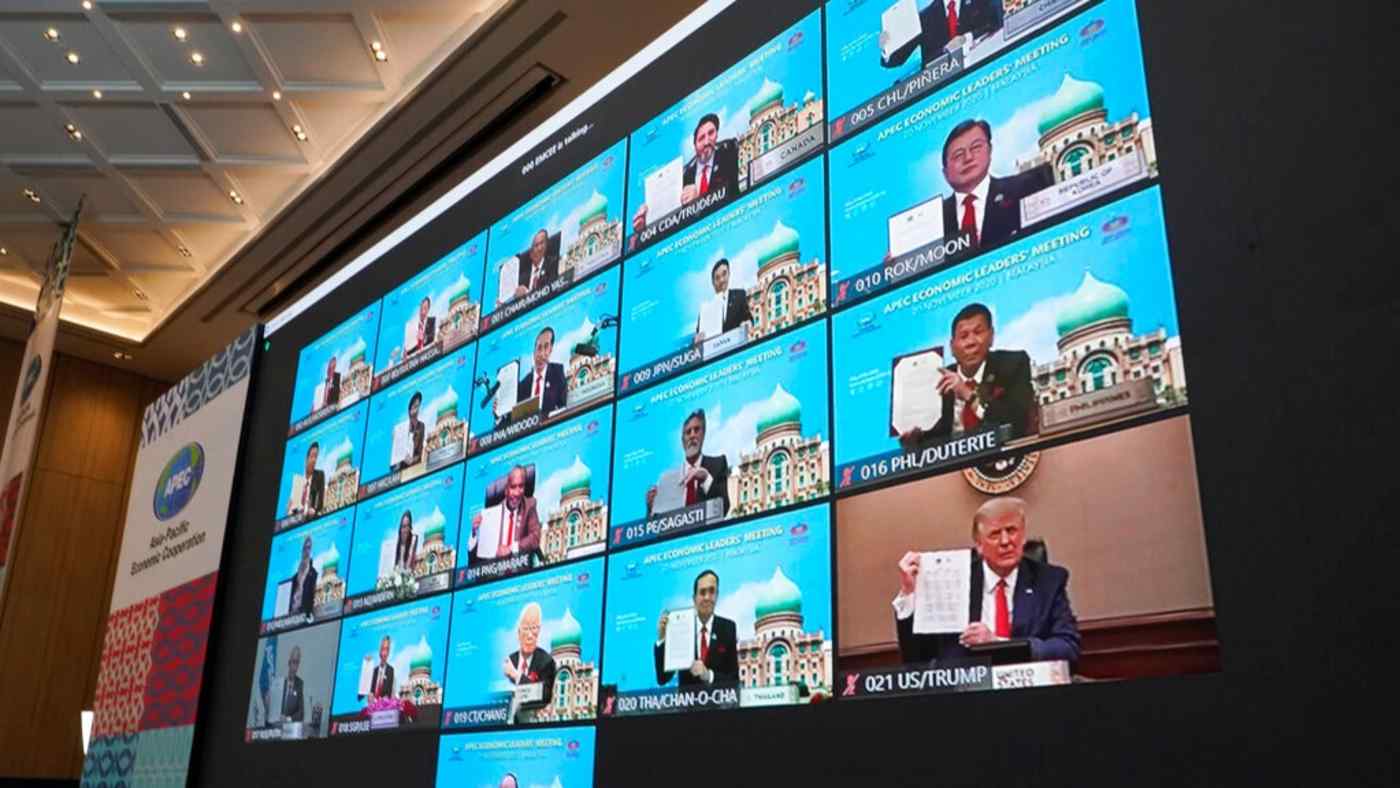 Leaders of the 21 APEC economies, including U.S. President Donald Trump and Chinese President Xi Jinping, applauded at the virtual summit when Malaysian Prime Minister Muhyiddin Yassin announced the joint statement, the first since 2017.

"Our coordinated action and cooperation are more important than ever to overcome the challenges of COVID-19 and realize new and emerging opportunities for prosperity for all," the 2020 Kuala Lumpur Declaration said.

"APEC has also pledged to refrain from backtracking and resorting to protectionist measures to keep markets and borders open," Muhyiddin told a post-meeting news conference.

The countries agreed to continue work toward a Free Trade Area of the Asia-Pacific, or FTAAP, which envisions creating a trade bloc spanning the entirety of APEC.

APEC has been rattled by geopolitics in recent years. The 2018 gathering in Papua New Guinea failed to produce a declaration, stymied by deep divisions over trade between the U.S. and China. The 2019 summit in Chile was canceled over public unrest.

Muhyiddin said that the impact of the Sino-American trade war "has been eclipsed by the COVID-19 pandemic" and that all APEC economies are focused on tackling health risks and the impact on the global economic ecosystem.

The prime minister noted the importance of accelerating work toward developing a COVID-19 vaccine and making it a global public good available and affordable to everyone. "All leaders have noted their commitments to collaborate and support each other for equitable access to the vaccine," he said.

According to White House press secretary Kayleigh McEnany, Trump "reaffirmed the commitment of the United States to building on our unprecedented economic recovery from COVID-19, as well as promoting peace and prosperity in the Indo-Pacific region through strong economic growth."

"President Trump and APEC leaders endorsed the APEC Putrajaya Vision 2040 that will make free and fair trade the focus of the APEC agenda for the next two decades," she said in a statement.

In his speech, Xi pointed out that economic cooperation in the region "has never been a zero-sum political game in which one gains at the expense of the other" but should seek win-win development.

He called for the early realization of the FTAAP, and said that China will consider joining the Comprehensive and Progressive Agreement for Trans-Pacific Partnership.

The gathering also adopted the Putrajaya Vision, which calls for creating an "open, dynamic, resilient and peaceful Asia-Pacific community" by 2040. Putrajaya is the administrative capital of Malaysia.