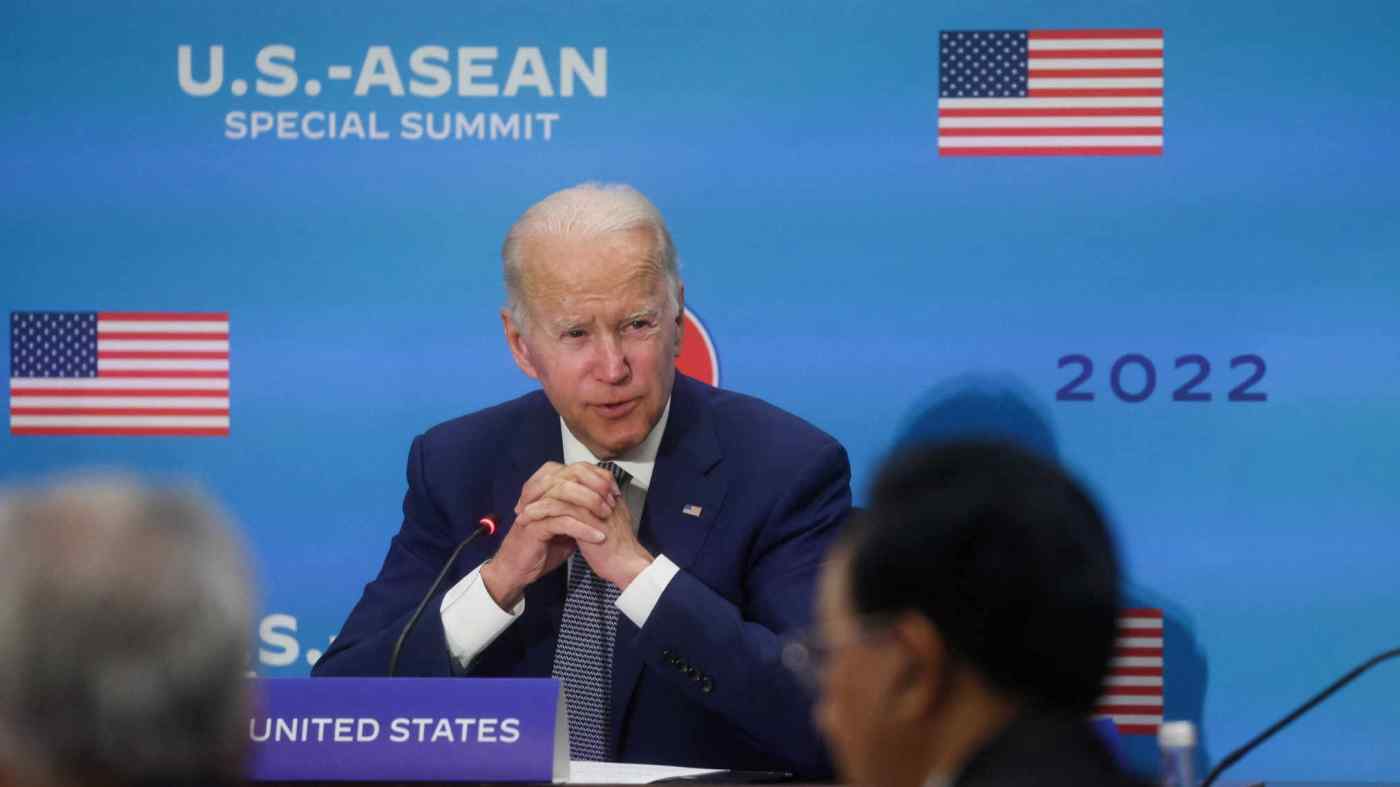 TOKYO -- The Association of Southeast Asian Nations and the U.S. pledged to elevate their ties in a joint statement wrapping up a two-day summit in Washington. A joint communique, however, offered few details and largely reiterated known positions on critical issues, including the war in Ukraine.

The gathering coincided with the 45th anniversary of ties between Washington and the Southeast Asian bloc, and was their first in-person meeting since 2017. U.S. President Joe Biden said it symbolized the start of a "new era" in the relationship.