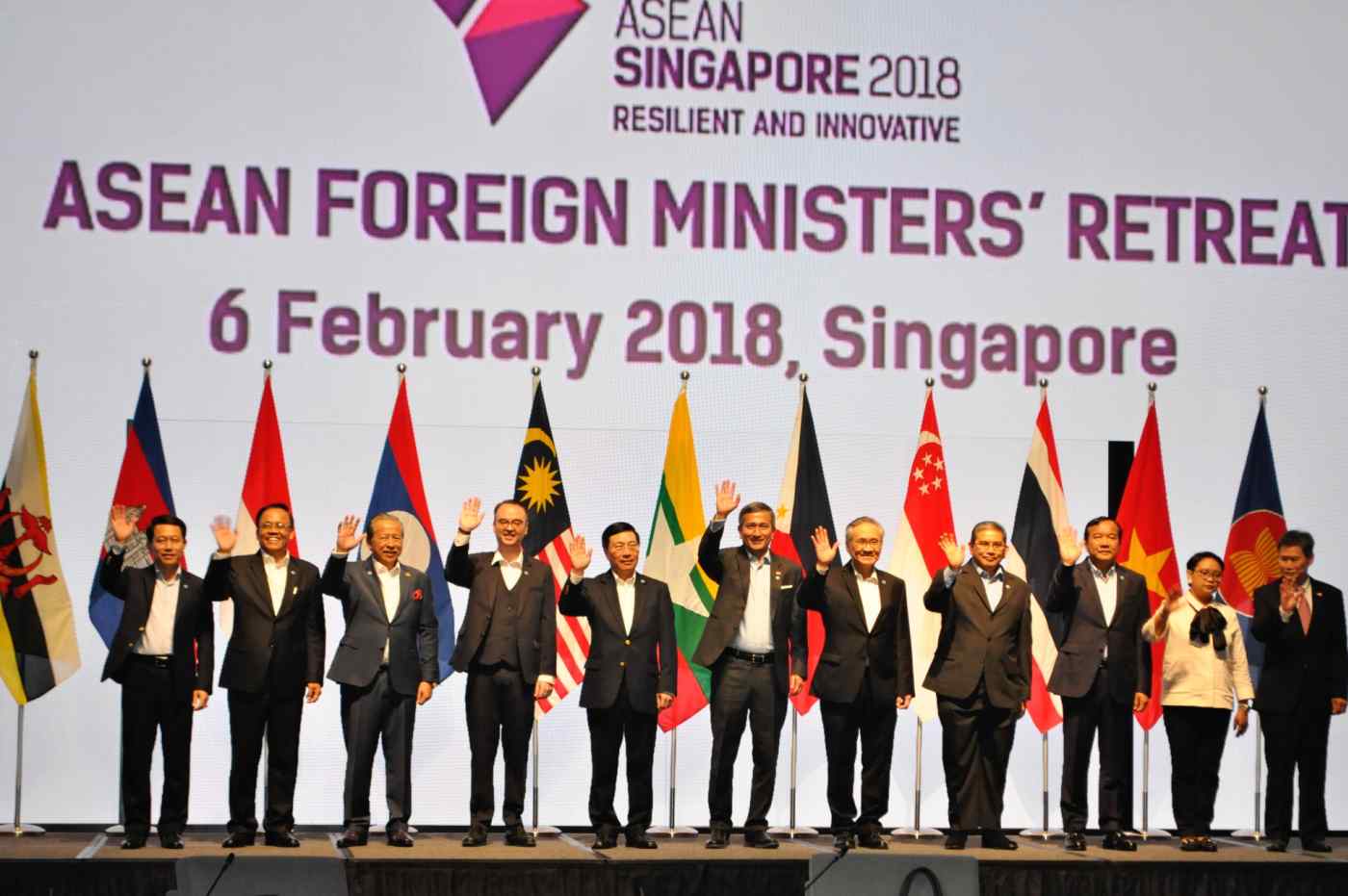 SINGAPORE -- The situation in the South China Sea, where China has moved aggressively amid conflicting territorial claims, was highlighted as a source of concern in an ASEAN foreign ministers' statement released Tuesday, with Singapore taking a more balanced approach as this year's chair than the Philippines did in 2017.

Singapore released the chairman's statement after the foreign ministers' retreat held here. Following the unofficial meeting, Foreign Minister Vivian Balakrishnan told reporters that the territorial claims in South China Sea are not resolved and that talks on drawing up a code of conduct to avoid conflicts will be "very complicated."