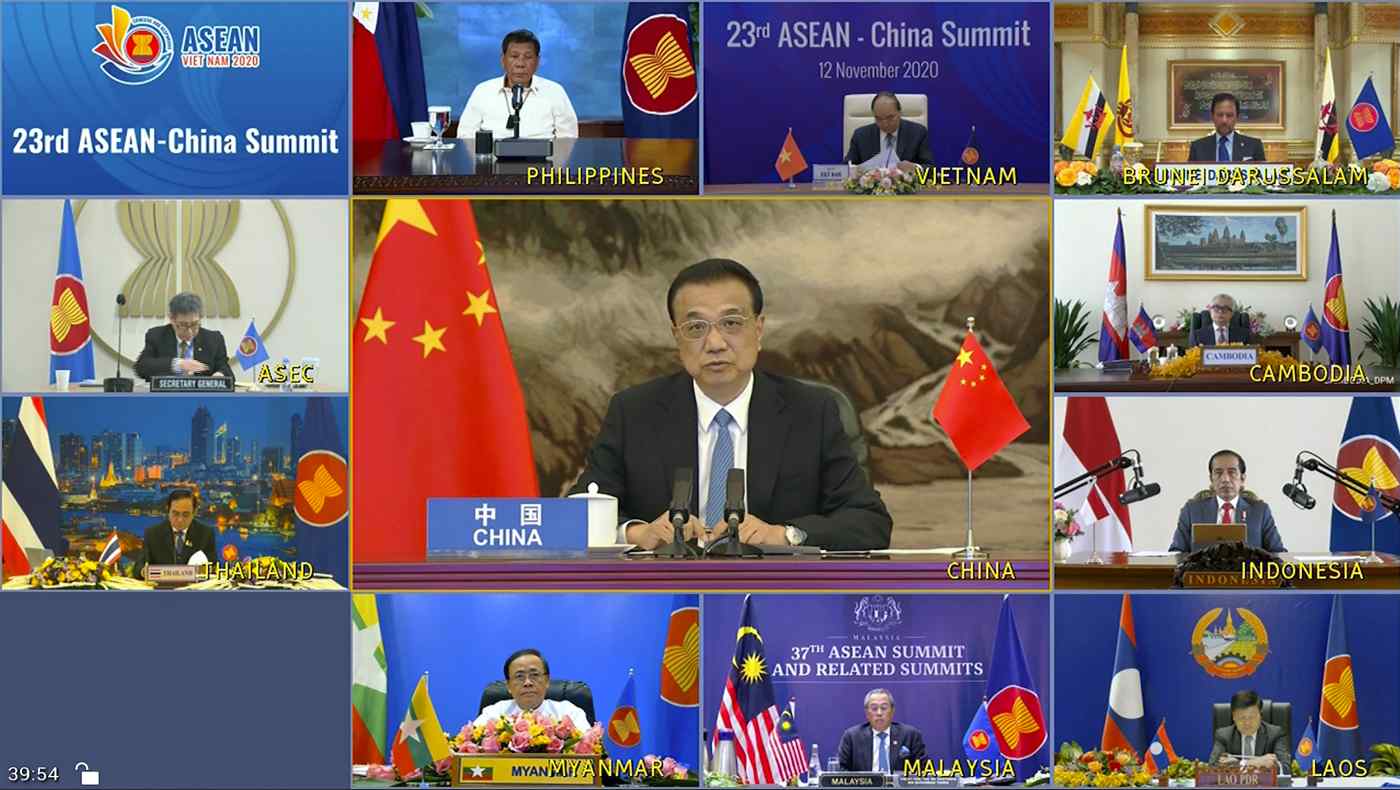 SINGAPORE -- The 10 members of the Association of Southeast Asian Nations on Thursday discussed the creation of a regional "travel corridor" at an online summit, hoping that it would aid a faster recovery from the COVID-19 pandemic in the bloc.

The reopening of travel is high on ASEAN's agenda for an economic recovery. The organization is also looking into supply chain connectivity and the promotion of trade, as it tries to shake off the effects of coronavirus.

The summit statement has yet to be released, but according to Indonesian President Joko Widodo who attended the meeting, the body would issue an "ASEAN declaration on an ASEAN travel corridor arrangement framework." He said he hoped the travel corridor will be set up in the first quarter of 2021.

Widodo explained at the meeting that the plan, which requires the disciplined application of health protocols, raises hopes that economic activity can be resumed in the region.

The travel scheme would include the establishment of temporary fast lanes and health checks on departure and arrival.

There are only a few bilateral travel agreements in the region now, such as the reciprocal green lane scheme between Singapore and Malaysia launched in August, and one between Singapore and Indonesia started last month, that allow business and official travelers to cross borders without having to quarantine. A Vietnamese soldier stands guard. The annual ASEAN summit was meant to be held in Hanoi with Vietnam as chair this year, but the pandemic put paid to those plans.   © Reuters

But most ASEAN countries remain closed to each other, exacerbating regional economic downturns. Given the region's heavy reliance on tourists, foreign investments and trade, cross-border travel is key to economic recovery.

"Enabling movement of people in the region will help drive economic growth," Malaysian Prime Minister Muhyiddin Yassin said at the summit meeting. "Essential movement through travel corridors must be given priority, such as a coordinated set of procedures and requirements between member states."

Vietnamese Prime Minister Nguyen Xuan Phuc also said during Thursday's opening ceremony: "We are creating a safe travel framework for businesses and investors amid the pandemic."

Yet, implementing a regional strategy is more difficult than bilateral agreements, as the coronavirus pandemic is in different stages among ASEAN members. Indonesia and the Philippines continue to report over 1,000 new cases daily, while Thailand and Vietnam are marking single-digit cases. The feasibility of regional travel by early next year remains unclear.

According to a Chinese official, ASEAN member states expressed hopes to work with Beijing in research and development, as well as application of COVID-19 vaccines. Luo Zhaohui, vice foreign minister, told reporters Thursday that ASEAN "highly recognized and appreciated" China's role in fighting the pandemic.

South Korea also voiced its hopes for cooperation. President Moon Jae-in said in the opening remarks of the summit with ASEAN on Thursday: "Korea will actively participate in the COVID-19 ASEAN Response Fund and the ASEAN Plus Three reserve of essential medical supplies."

South Korea has been successful in containing the pandemic with its track-and-trace measures and the establishment of drive-through and walk-through screening stations. "With the cooperation between ASEAN and Korea, we will be able to preemptively respond to the COVID-19 crisis and its entailing socio-economic changes," Moon said.

With respect to the South China Sea, Philippine President Rodrigo Duterte expressed his commitment in concluding an effective and substantive Code of Conduct in the area in accordance with international law including the United Nations Convention for the Law of the Sea.

ASEAN and China have been negotiating the code of conduct -- rules and norms meant to avoid conflict -- that was supposed to be completed in 2021, but the pandemic has delayed matters.

The biannual ASEAN summit was meant to be held in Hanoi in-person this year with Vietnam as chair, but the pandemic put paid to those plans.

Later that day, Indian Prime Minister Narendra Modi held a summit with ASEAN leaders, in which he stressed that his country and the Southeast Asian bloc share "ample closeness" between their Indo-Pacific initiatives to foster cooperation in the region. He added that "speeding up all types of connectivity initiatives between India and ASEAN -- physical, economic, social, digital, financial, maritime -- is the top priority for us."

Additional reporting by CK Tan in Shanghai, Cliff Venzon in Manila, and Kim Jaewon in Seoul.