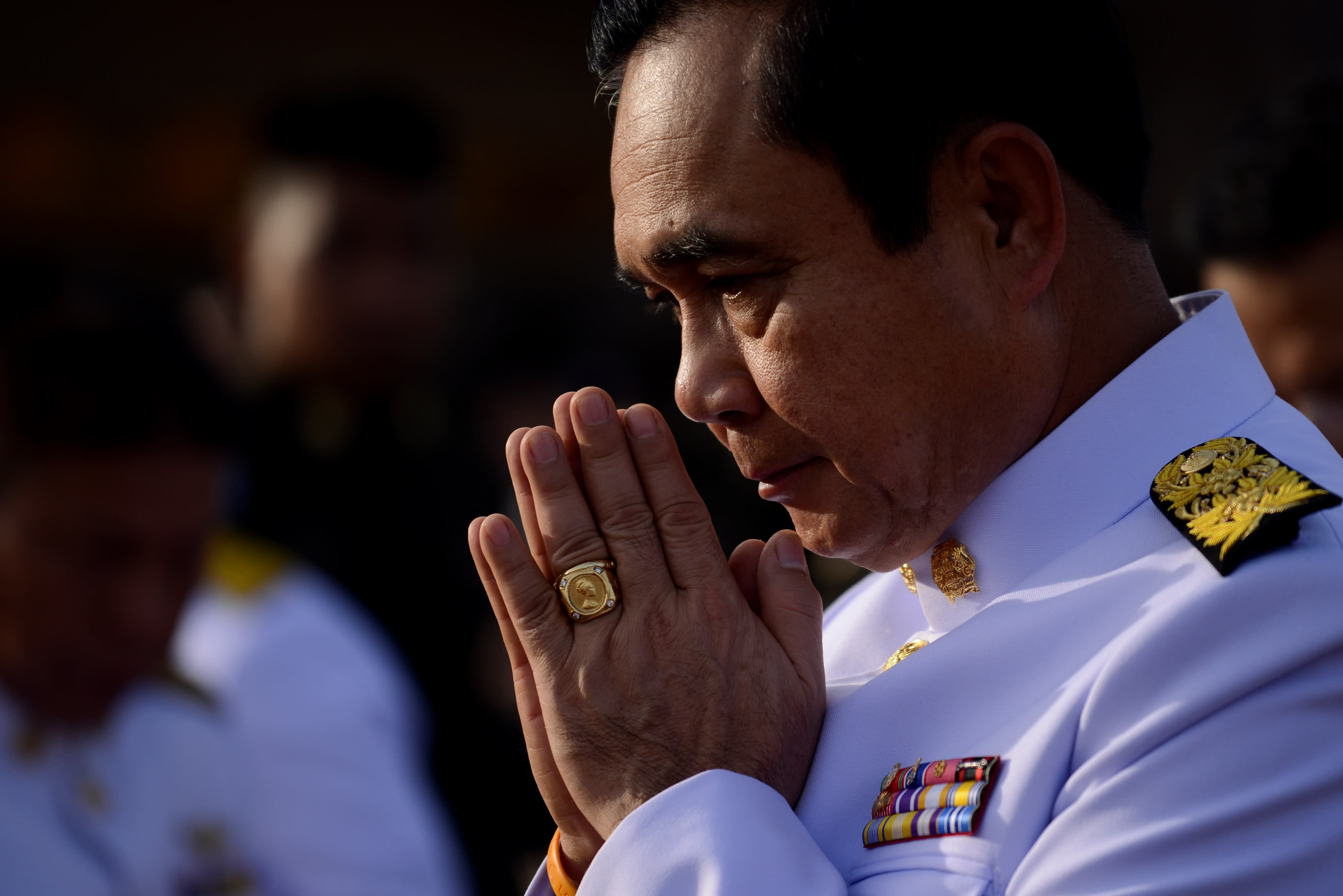 BANGKOK -- If Thailand goes ahead with a long-postponed general election in 2019, as Prime Minister Prayuth Chan-ocha recently promised, it will break a well-established but unwritten rule within the Association of Southeast Asian Nations, whereby countries do not stage elections while holding the bloc's annually rotated chairmanship.

Next month, Thailand replaces Singapore as chair of the 10-member regional grouping. Diplomats in Bangkok familiar with ASEAN protocols have been speculating about the effect on the country's international standing if it violates the 50-year-old taboo.

The ASEAN chair is expected not to hold national polls during its one-year term, and to endeavor to maintain domestic political stability -- which was far from the case in politically tumultuous 2009 when Thailand was last in the top seat.

"Having an election next year makes instability more likely in Thailand," an Asian diplomat in Bangkok commented following Prayuth's recent assurances that a general election will finally be held in 2019. "There may be political tension before and after the polls and with a change of government," the diplomat said.

During a visit to Japan earlier this month, Prayuth played up the prospect of the election being held in early February 2019, but provided no further details. The former army chief has already promised and postponed elections five times since seizing power in a coup in 2014.

Singapore will hand over to Prayuth on Nov. 15 at the end of the ASEAN summit there, and he will move further into the international spotlight. Becoming chairman of ASEAN will be a milestone for the blunt-talking general, making him a regional leader for the first time.

"Will he see the year out as Thailand's prime minister and head of ASEAN?" a Western diplomat in Bangkok asked. The question is timely as Prayuth appears to be lining himself up to be prime minister again, and under the new constitution it is possible that he could be nominated to the position without being elected.

History may not be on Prayuth's side, however. In 1991, another army chief seized power from an elected government, pushed through a new constitution, and following elections in 1992 became prime minister without being elected to parliament. General Suchinda Kraprayoon's short premiership ended with serious violence on the streets in May 1992.

"I can't help feeling a sense of deja vu with all this talk of forming a new party backed by the military which will invite the coup leader to become the prime minister," Duncan McCargo, a professor of political science at Leeds University and a noted commentator on contemporary Thai politics, said at a seminar this month at a university in Bangkok. "I really hope we are not in for a replay of that dark episode of history, because we know Suchinda lasted as prime minister for precisely 48 days, and that he was ousted by mass protests that culminated in violence," said McCargo. "A lot of people were killed."

Prayuth is also viewed critically by regional heavyweight Indonesia, which sees itself increasingly as the anchor for democratic politics in Southeast Asia after the overthrow in the late 1990s of President Suharto, its longtime strongman. A commentary published in July in the English-language Jakarta Post, said that ASEAN should not be led in 2019 by a military figure.

One point of concern is that Thailand's political timetable in 2019 could affect the timing of the first of two ASEAN summits next year, which is normally held in April. Diplomatic sources say the foreign ministry has hinted the meeting could be delayed until June.

An election in February would leave sufficient time to form a new government in time for April, but one delayed until May would push everything back.

The foreign ministry is doing its best to ensure Thailand rises to the occasion. "We are taking note of the election calendar, and preparations are being made regardless of whichever government we have next year," Busadee Santipitaks, the ministry's spokesperson, told Nikkei. "There is no black and white rule about having elections when a country is chairing ASEAN."

Busadee said the exact dates of the summits have still to be confirmed. "The ASEAN charter only says we must have two summits, and it is up to the host country to determine both dates," she said. "The summits may be in Bangkok."

Thailand badly wants to succeed in the ASEAN chair after its reputation was left in tatters the last time round. The first summit held April in 2009 in the resort town of Pattaya was stormed by anti-government protesters demanding the then government, which was formed with military support, conduct a fresh election. Foreign leaders had to be evacuated by helicopters when the summit was called off.

"Who could have imagined that polls in Thailand would once again be an issue to upstage the country's ASEAN plans?" said an Asian diplomat. "Anything is possible."