ASEAN leaders kick off summit with Myanmar as urgent priority

Superpowers U.S., China to compete for influence at flurry of regional meetings 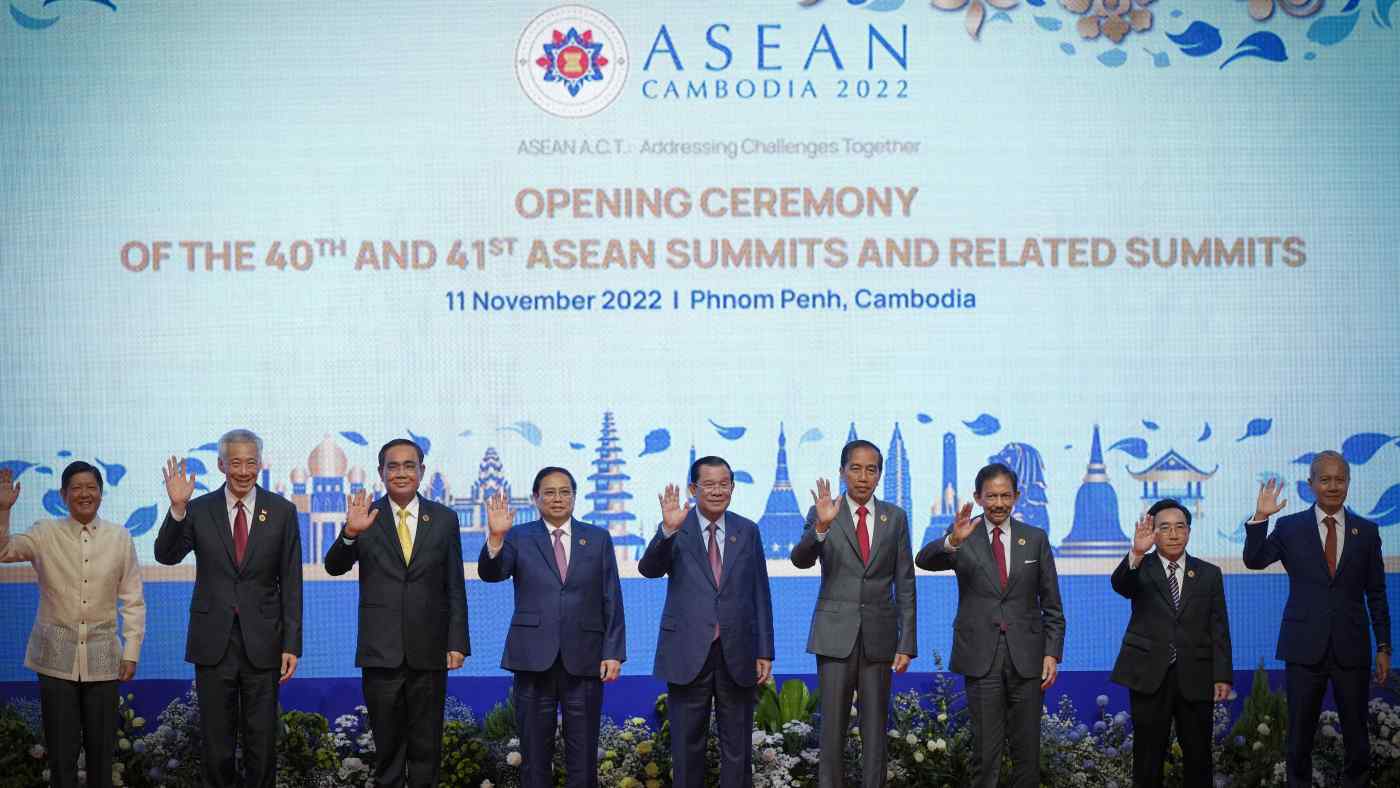 PHNOM PENH -- Leaders of the Association of Southeast Asian Nations opened their annual summit on Friday morning, as the 10-nation bloc faces a multitude of issues, including the stalemate in military-ruled member Myanmar and the heightened rivalry between the U.S. and China.

Held in the Cambodian capital, the three days of talks will also include the East Asia Summit, which draws a broader group of leaders from regional powers. U.S. President Joe Biden, Chinese Premier Li Keqiang and Japanese Prime Minister Fumio Kishida are due to attend.