ASEAN summit to kick off, with aim to complete RCEP talks soon 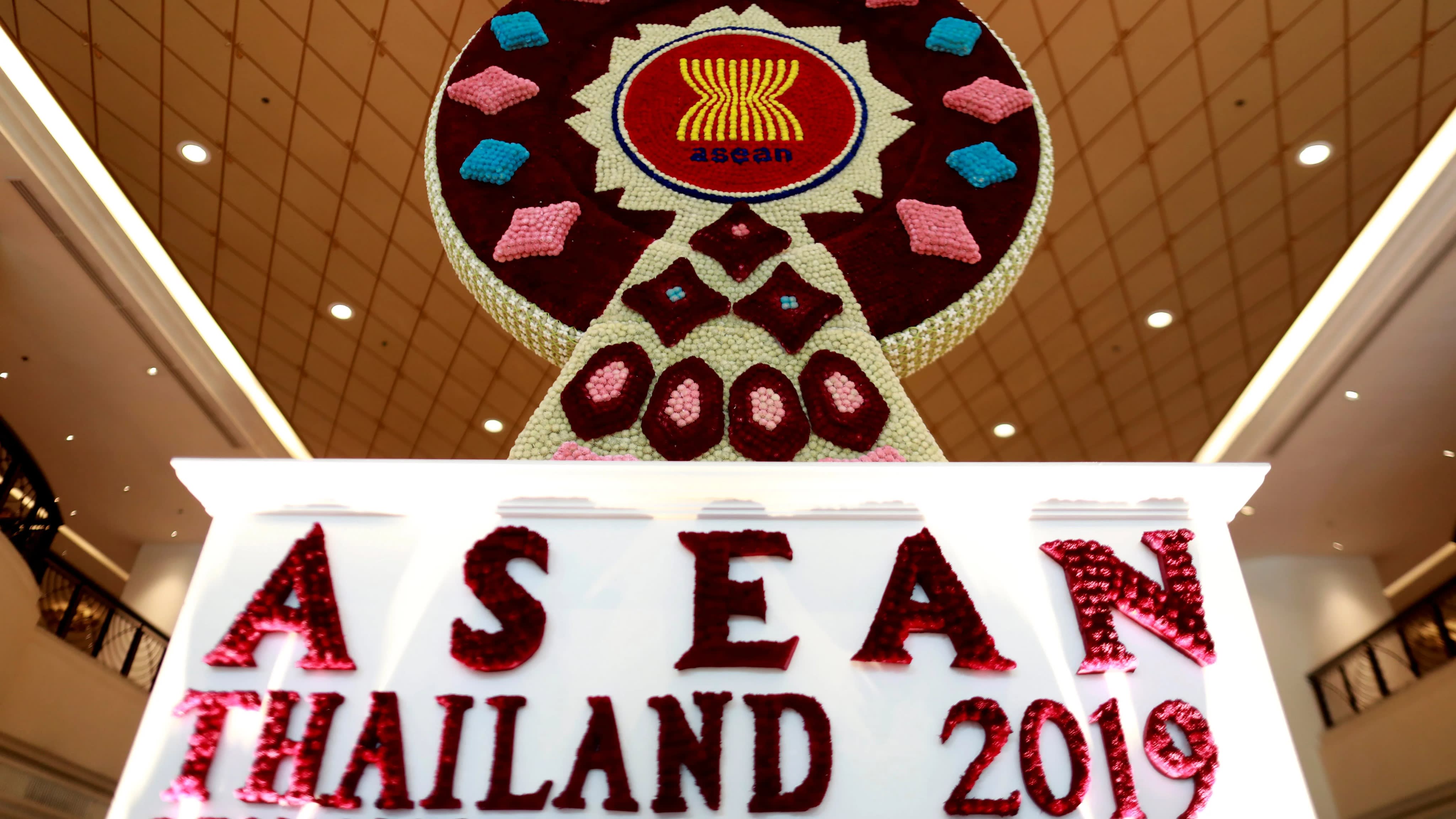 The ASEAN logo has been widely seen during June 2019 to promote the ASEAN summit meeting due to be held during June 22-23 in Bangkok, Thailand.   © Reuters
APORNRATH PHOONPHONGPHIPHAT, Nikkei staff writerJune 21, 2019 16:53 JST | Southeast Asia
CopyCopied

BANGKOK -- A summit of the Association of Southeast Asian Nations will kick off in Bangkok on Saturday as the 10 member-states focus on pushing forward the Regional Comprehensive Economic Partnership with the aim of reaching an agreement by the end of this year.

The Asian leaders will also focus discussions on the trade war and find areas of cooperation in the digital realm.

"In this summit, we aim to conclude it as a single stance of ASEAN that we want to complete the negotiation of RCEP by the end of this year," said Auramon Supthaweethum, director-general of the Thai Department of Trade Negotiations.

RCEP was conceived in 2012 by ASEAN and six other Asia-Pacific countries: India, China, Japan, South Korea, Australia and New Zealand. But negotiations have been deadlocked as some countries, such as India, remain cautious about opening up their economies and cutting import tariffs.

Auramon added that completion of the negotiations will make RCEP the biggest multilateral trade agreement. The combined gross domestic product of RCEP members would total 30% of global trade value.

Despite the seven-year negotiations, analysts said they saw positive signs that ASEAN could make substantial progress in this round of talks.

"In this summit, they have set up a special ASEAN Economic Ministers' Meeting on RCEP, signaling that the 10 nations really want to rev it up," said Piti Srisangnam of the ASEAN Studies Center at Chulalongkorn University.

He said the U.S.-China trade war has led to a fall in ASEAN exports, which has focused the minds of trade-reliant member-states to work out a way to boost economic activity.

Moreover, India may also need to change its way of doing business. Traditionally, the country adopts a protectionist policy, imposing high import tariffs on major commodities to protect its farmers. But this could now change after the U.S. cut India out of its list of Generalized System of Preference which means it now faces higher export tariffs to America, said Piti.

President Donald Trump took the action of removing India from that list, which means that it nearly 2,000 products from the country, including auto components and textile materials, will be subject to higher tax when they enter the U.S. market.

Apart from RCEP, the 10 ASEAN leaders are expected to discuss sustainable projects, as well as plans for human resources training and educating business communities to operate in the digital era.