US, Japan lawmakers, along with Taipei colleagues, discuss Chinese expansionism 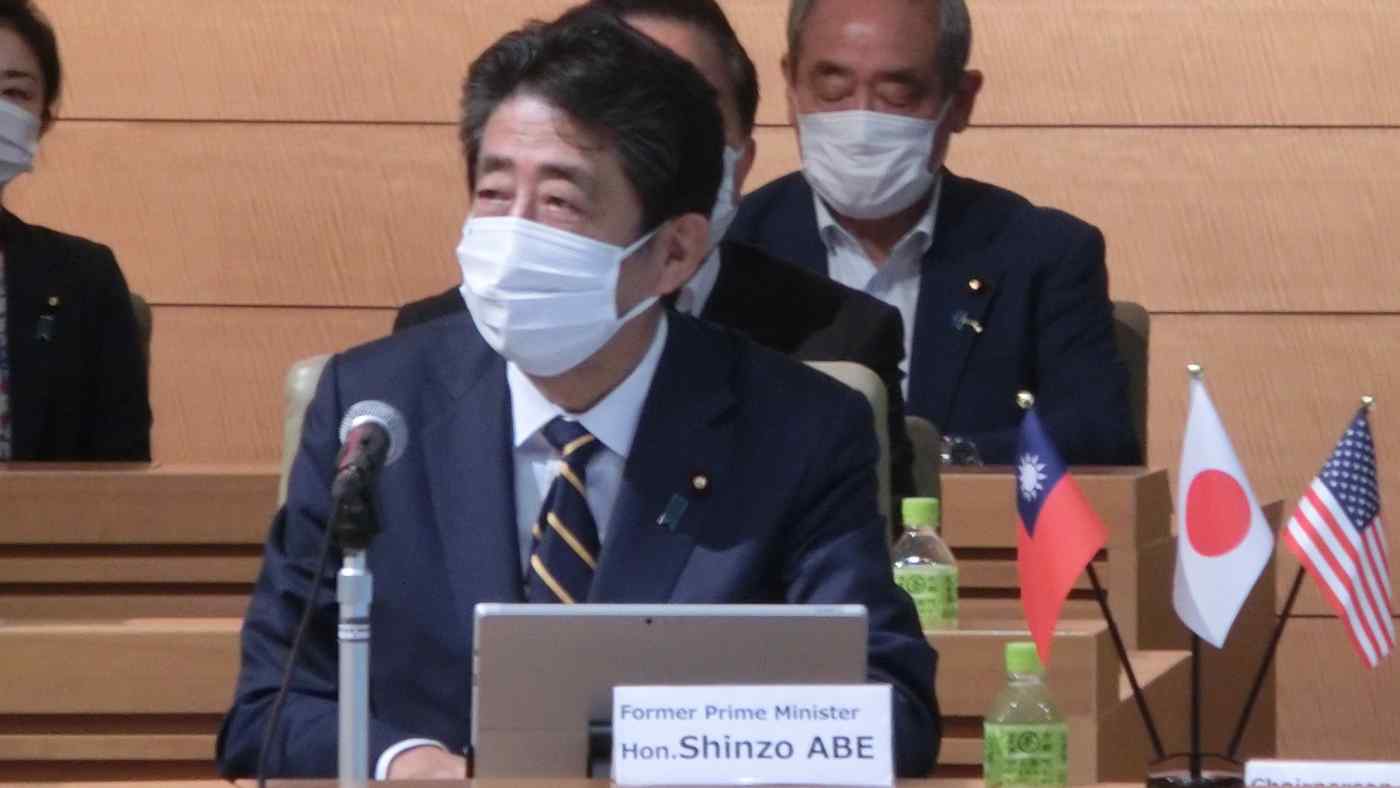 TOKYO -- Lawmakers from the U.S., Japan and Taiwan on Thursday held an inaugural policy dialogue to discuss Chinese expansionism in the Indo-Pacific region, with former Japanese Prime Minister Shinzo Abe sounding the alarm on the threat to Taiwanese democracy.

"What happened in Hong Kong must never happen in Taiwan," Abe said, alluding to the Chinese crackdown on Hong Kong's pro-democracy movement.

"I find the unilateral attempts to change the status quo in the South China Sea and the East China Sea concerning," he went on to assail China's maritime activities.

The Trilateral Strategic Dialogue was hosted online by the Japan-Republic of China Diet Members' Consultative Council, for which Abe serves as an adviser. Participants agreed to hold discussions on a regular basis.

Abe called on the U.S. and Taiwan to join the Comprehensive and Progressive Agreement for Trans-Pacific Partnership to further economic cooperation between the trio. He expressed support for Taiwan to join the World Health Organization as an observer.

The sentiment was echoed by Keiji Furuya, chairman of the council.

"China's unilateral attempt to change the status quo is beyond the international norm," said Furuya.

Japanese Defense Minister Nobuo Kishi sent a message saying he "hopes for a wonderful dialogue that will continue for the medium to long term."

From the U.S. side, Bill Hagerty, a former American ambassador to Japan, took part. The Republican senator from Tennessee praised Abe's push for a free and open Indo-Pacific for enhancing regional order.

He also called on Democratic President Joe Biden's administration to sign a trade agreement with Taiwan.

You Si-kun, president of Taiwan's Legislative Yuan, stressed the need for support from other democracies.

"By making military threats and disseminating false information, China is trying to divide Taiwanese society," said You. "Taiwan needs to gain friends from democratic nations such as the U.S. and Japan," You said.

Furuya said after the meeting that security matters were the main topic of discussion during the closed-door part of the session.

The first Trilateral Strategic Dialogue was originally scheduled for 2020 to coincide with Taiwanese President Tsai Ing-wen's inauguration to her second term, only to be postponed in light of the COVID-19 pandemic.