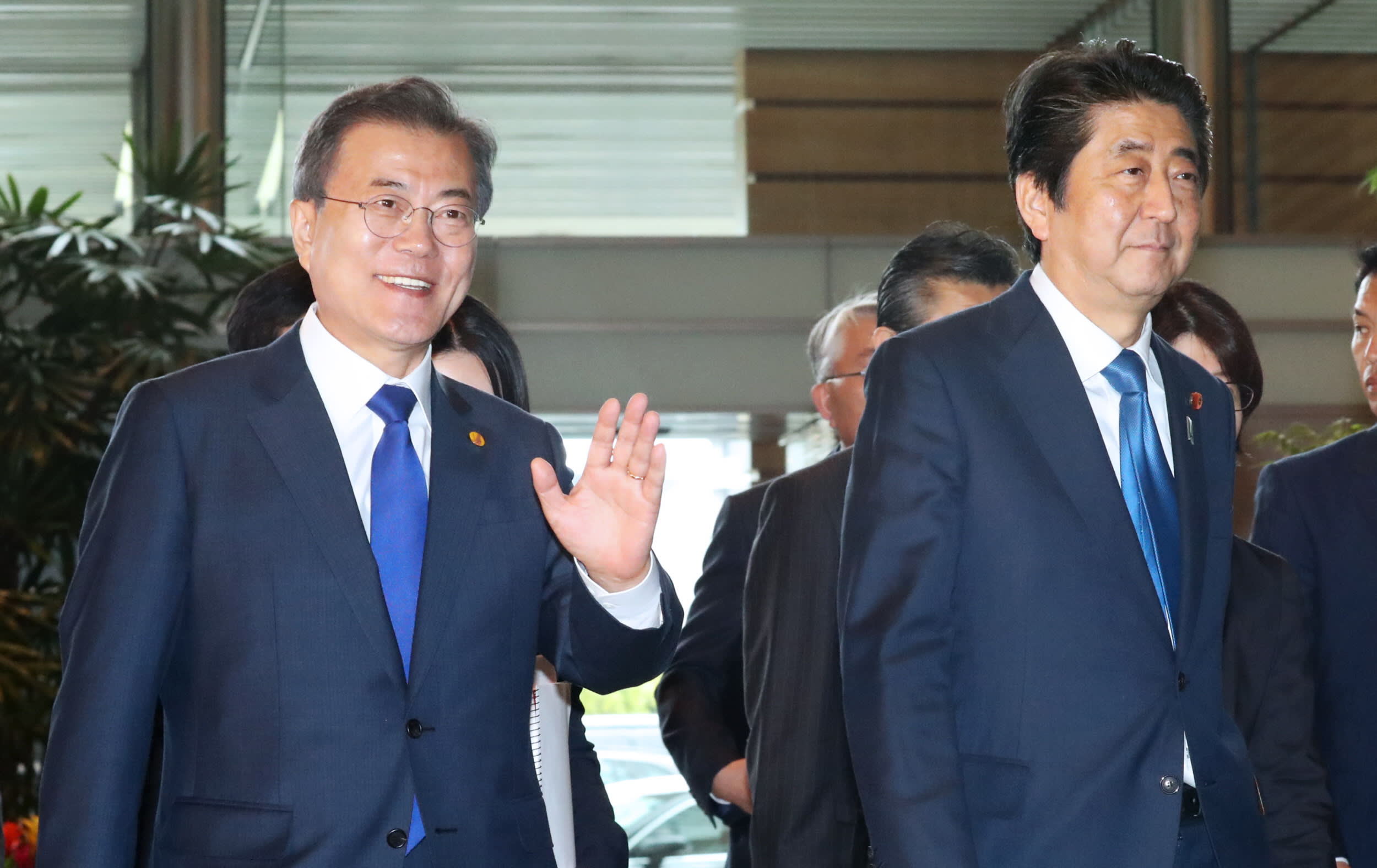 TOKYO -- Prime Minister Shinzo Abe and South Korean President Moon Jae-in agreed to increase the pace of visits to each other's countries during one-on-one talks on the sidelines of a trilateral summit here Wednesday.

From 2004 to 2011, the two countries' leaders exchanged visits regularly, but this shuttle diplomacy lapsed amid a flare-up of territorial and historical grievances. Abe did travel to South Korea in February for the Winter Olympics.

Moon made his first trip to Japan as president ahead of his one-year anniversary in office, which is Thursday, to attend the first summit of East Asia's biggest economies in two and a half years with Abe and Chinese Premier Li Keqiang. Abe and Moon talked for about 50 minutes, part of which was spent alone except for their interpreters.

Moon reportedly asked Abe to revive their countries' shuttle diplomacy. Abe asked Moon to visit Japan again, inviting him to stay longer -- Wednesday was a day trip for the Korean leader -- and enjoy more Japanese food on his next trip. The prime minister also hosted a luncheon for the South Korean delegation at his official residence in Tokyo.

Abe and Moon agreed to work together to elicit action from North Korea toward complete denuclearization, according to Japanese officials. They also pledged cooperation on determining the fate of Japanese kidnapped by the North -- an issue that Abe has described as a "top priority" for his government.

Abe praised the South Korean government's response to a recent attempt by labor activists to erect a statue representing Koreans forced into wartime labor under Japanese rule, and he asked Seoul to continue to block it.

Abe also reiterated Japan's stance on the troubled 2015 agreement on the "comfort women" issue, stressing the importance of abiding by the pact.