Abe and Putin designate negotiators for peace treaty and islands

Foreign ministers to lay groundwork ahead of January summit in Russia 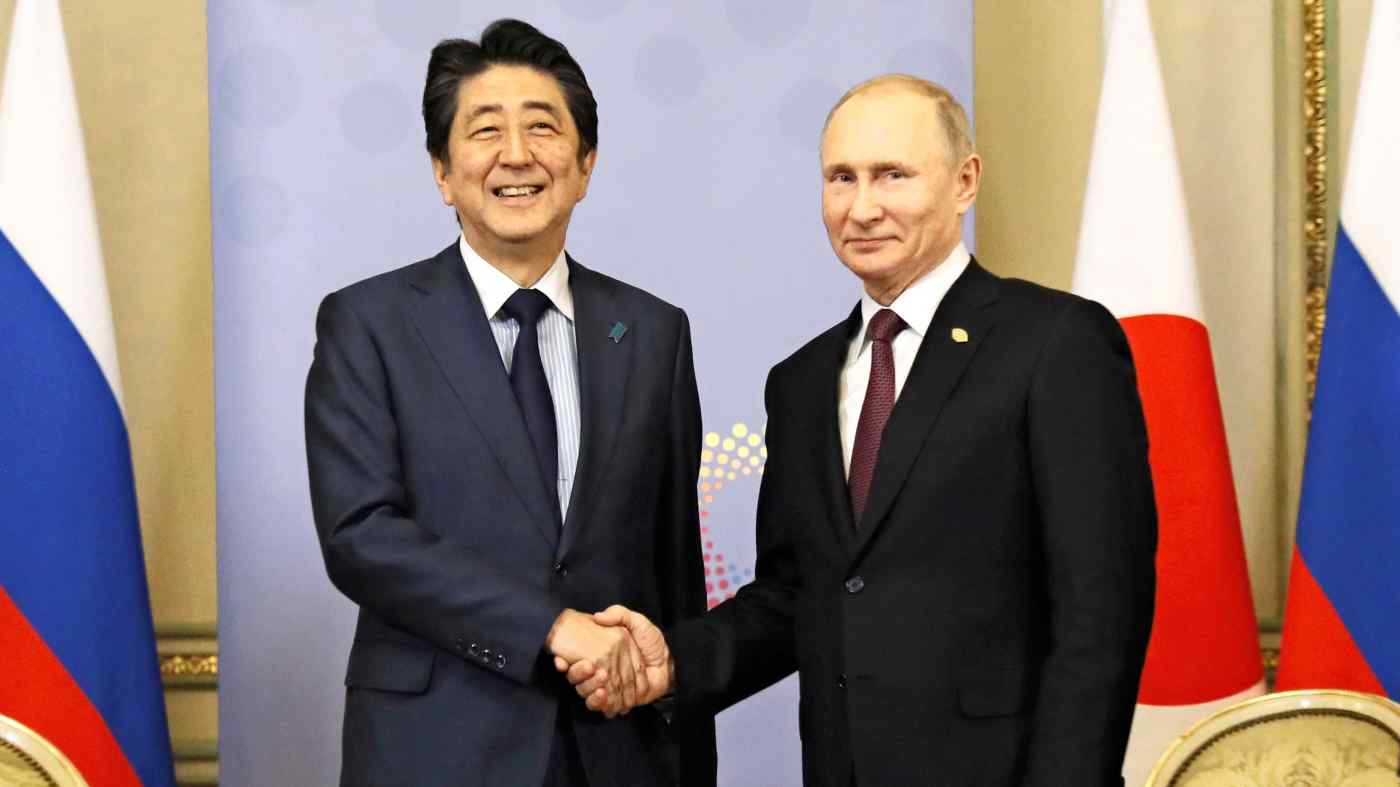 BUENOS AIRES, Argentina -- Japanese Prime Minister Shinzo Abe and Russian President Vladimir Putin agreed on Saturday to have their foreign ministers oversee the talks for a peace treaty in a move aimed at accelerating negotiations.

In their 45-minute meeting on the sidelines of the Group of 20 summit, Abe and Putin agreed that Japanese Foreign Minister Taro Kono and Russian counterpart Sergey Lavrov will meet to lay the groundwork for the next summit in Russia slated for January.

During the summit, Putin welcomed the frequent pace of meetings between the two leaders, who held talks in Singapore two weeks ago and in the Russian city of Vladivostok in September.

"[Russia is] glad that we now have a busy joint work schedule," Putin told Abe in the 24th meeting between the two leaders.

"I would like to expand our cooperation in all areas to take Japan-Russia relations to a new level," Abe responded. "I hope for a solid discussion centering on a peace treaty, based on the results of our meeting in Singapore," he added

Abe also said he wants to continue cooperation toward joint economic activity on disputed islands and humanitarian measures for former residents, as well as to collaborate on security issues.

The dispute over the southern Kuril Islands, which are administered by Russia and claimed by Japan as the Northern Territories, has prevented the two countries from signing a post-World War II peace treaty. Abe and Putin agreed last month to advance negotiations based on a 1956 agreement under which the then-Soviet Union agreed to hand over two of the islands after signing a treaty.

After the summit, Putin told a news conference that the two leaders agreed to create new mechanisms of cooperation and increase the level of trust between the two sides by expanding humanitarian contacts and economic ties.

The summit came amid renewed tensions between the U.S. and Russia over the latter's seizure of three Ukrainian naval vessels that were traveling through the Kerch Strait, which connects the Black Sea to the Sea of Azov. The U.S. condemned the seizure, calling it "yet another reckless Russian escalation," and canceled planned talks between U.S. President Donald Trump and Putin on the sidelines of the G-20 summit.

Abe told Putin that Japan is looking for an early release of the vessels' crews and that Russia will take steps to deescalate the situation.