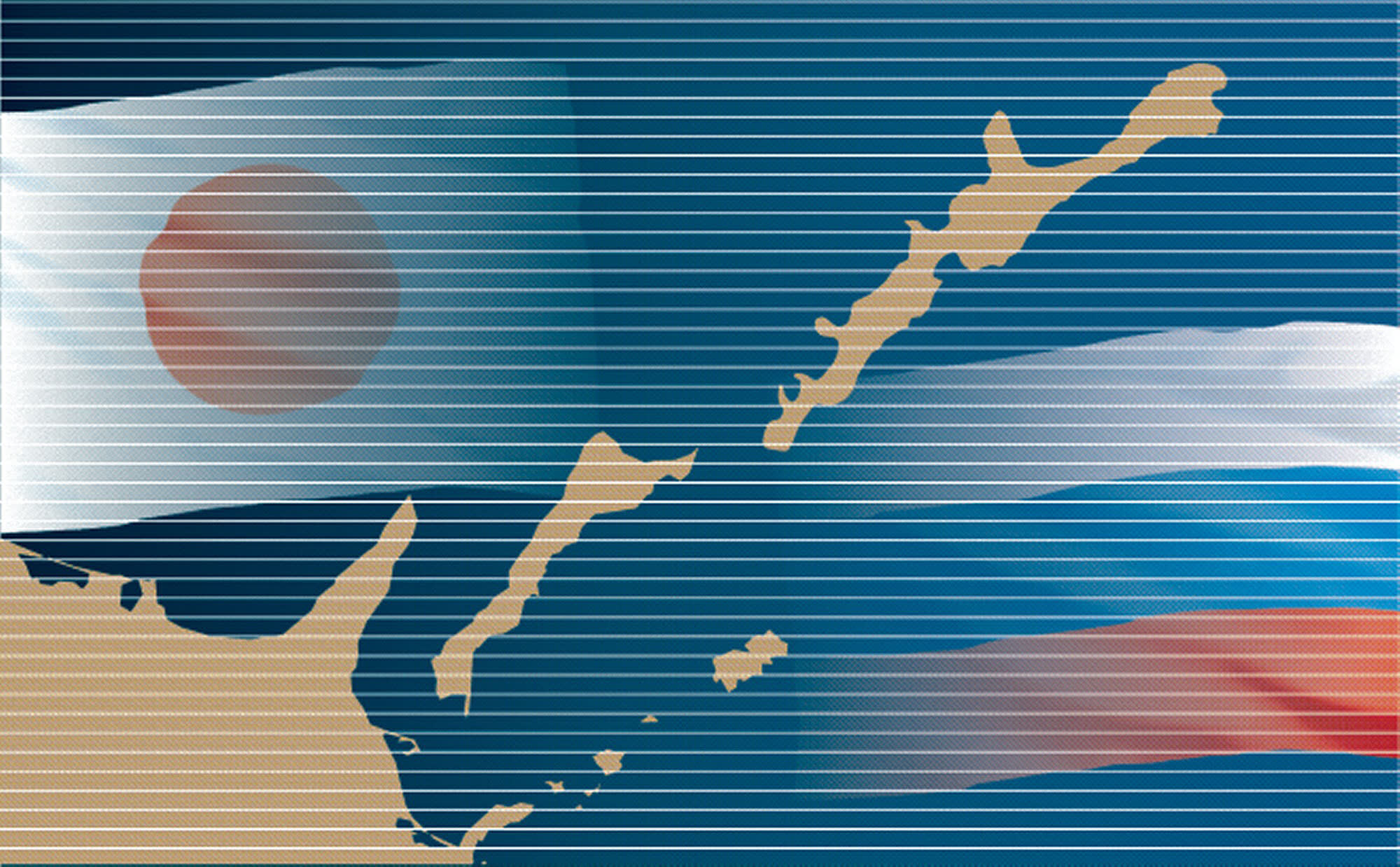 The southern Kuril Islands, which Japan calls the Northern Territories, were occupied by the Soviet Union after World War II and are administered by Russia.
GAKU SHIMADA, Nikkei staff writerNovember 25, 2018 08:11 JST | Japan
CopyCopied

TOKYO -- Japanese Prime Minister Shinzo Abe is working to put a lid on references to disputed northern islands as a set of four, apparently targeting the more likely prospect of winning back just two from Russia as a start.

Russian President Vladimir Putin has been receptive to this message of compromise, creating a harmony that is helping to propel bilateral negotiations on the issue.

At their Nov. 14 summit in Singapore, Abe and Putin agreed to accelerate negotiations toward a treaty formally ending World War II hostilities based on a 1956 joint declaration by Japan and the old Soviet Union. The declaration stipulates that after the conclusion of a peace treaty, two of the disputed territories will be transferred to Japan: the Habomai islets, often counted as a single island for convenience, and the island of Shikotan.

Signs hinting toward the new direction emerged around this summer, when people involved with Japanese diplomacy began to notice Abe had all but ceased to explicitly refer to the "four" southern Kuril Islands, which Japan calls the Northern Territories. The change was apparently geared toward stopping debate over the specific number involved. Abe himself suggested the switch, according to a source close to the prime minister.

Russia sees no incentive to give away a territory it has occupied and administered for decades, let alone all four. Knowing this, Abe's aides judged that continuing to put the islands' status front and center would not sway Putin. Meeting with the Russian leader in 2016 in Abe's hometown of Nagato, Yamaguchi Prefecture, Abe suggested and Putin agreed on the need for a "new approach" to the issue. The Japanese side has since tried feeling out Putin's stance across a number of talks.

As harmony built, Putin blindsided Abe's office at September talks in Vladivostok by suggesting that the two countries conclude a peace treaty without preconditions before the end of the year. Abe took the proposal as a sign of the Russian leader's interest in finally forging a deal and did not refuse at the time, though the Japanese government turned down the offer shortly after. The idea of basing negotiations on the 1956 declaration was in effect solidified at that point.

Abe has told those around him he would like to "advance history even by a small step." This suggests that he envisions a "two plus alpha" approach where Japan would seek the return of two islands along with other concessions, such as enhanced access to the other two.

That would resemble the approach taken in 2001 by then-Prime Minister Yoshiro Mori, who prioritized seeking the return of just two islands as a starting point. In meetings with Putin in Irkutsk, Mori suggested advancing the return of Habomai and Shikotan alongside discussions on the so-called attribution of Etorofu and Kunashiri, the remaining two islands.

Modern history offers no precedent for a country successfully negotiating the return of lands where its nationals have not lived for longer than seven decades. For these unusual talks, the real test still lies ahead.

In Abe's ideal scenario, he and Putin would begin concrete talks at a January summit in Russia toward concluding a peace treaty, then reach a large-scale agreement on a treaty and the territorial issue problem alongside June's Group of 20 meetings in Japan. This would deliver an agreement in time for the Japanese upper house elections shortly thereafter.

How negotiations go will impact the effort to build the Abe's political legacy. He and Putin have agreed on the intent to work out a treaty by the end of Abe's term through September 2021, leaving less than three years. "A chance like this won't come again if we let it slip by," a source close to the prime minister said.

The worst-case scenario for Tokyo would be to have the peace treaty prioritized and the territorial issue shelved. As expectations build among the Japanese public, concluding a deal without getting even a single island back would deliver a painful blow to the government.