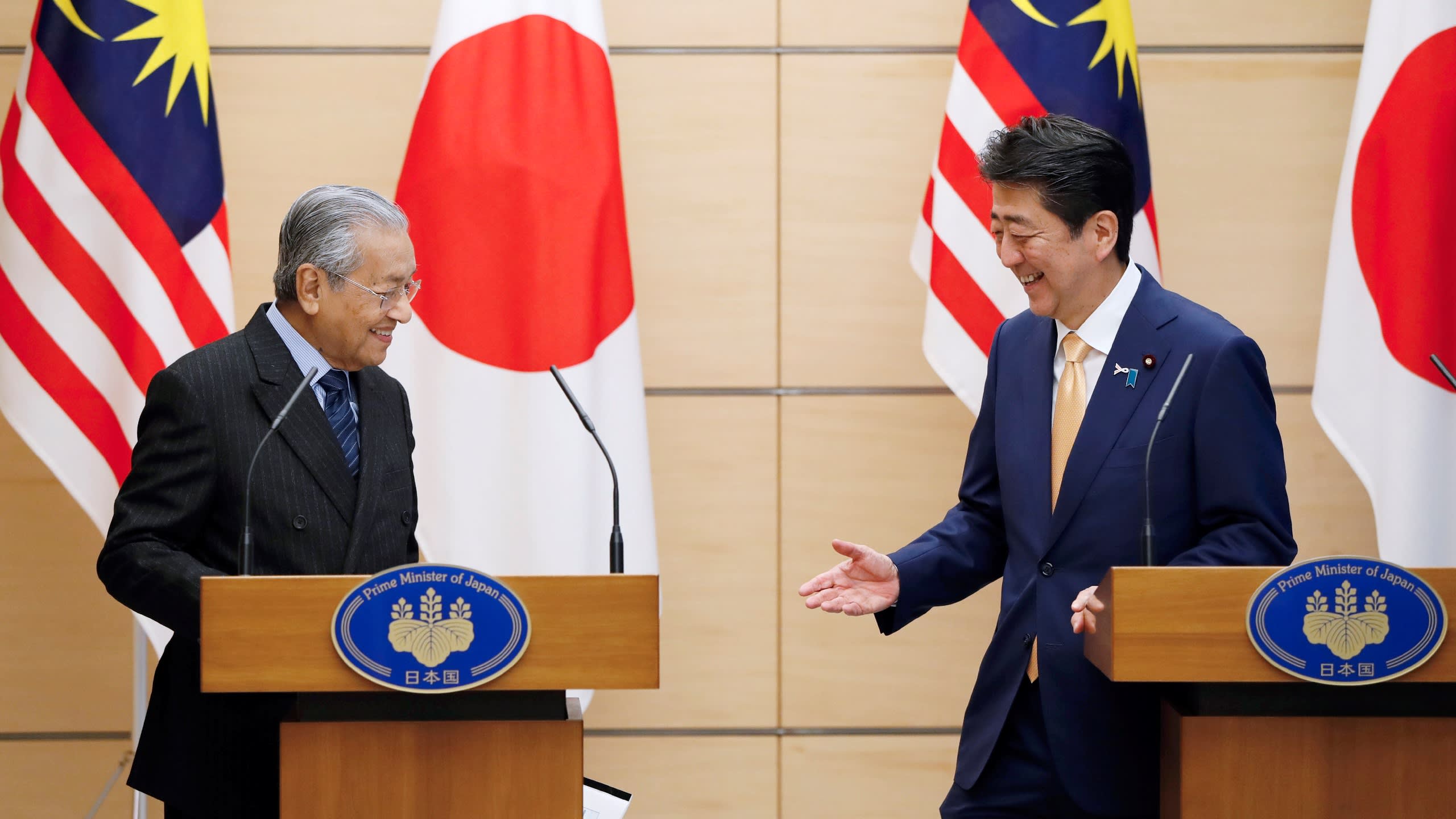 TOKYO -- Japan is taking a gentler tone in describing an effort to keep Asian seas open for trade, as Tokyo tries to win over Southeast Asian countries wary of antagonizing China.

Prime Minister Shinzo Abe, who starts a series of Asian summits this week, told government and ruling coalition officials on Monday that he intends "to work with participating countries and send a firm message to the international community toward the realization of a vision for a free and open Indo-Pacific."

Abe chose the word "vision" instead of "strategy," which was how the prime minister had described his concept for promoting shared values such as the rule of law and free-market economies throughout the region since he first introduced it in 2016.

The U.S., Japan, Australia and India form the core of the Indo-Pacific partnership, which is aimed at providing a counterweight to China's far-reaching infrastructure investment and growing maritime power.

But according to Japan's Foreign Ministry, the Abe government began to weigh changing how to refer to this signature initiative after Association of Southeast Asian Nations members objected to including the term "strategy" in a statement issued at an ASEAN forum in Singapore in August.

"The word 'strategy' could be taken to suggest an intention to defeat another country," said a Japanese government source. Casting the effort as a plan to contain China would make it difficult for some Asian countries to sign on, wary of pressure from Beijing.

"Some ASEAN members didn't like the idea of having to make a choice between an Indo-Pacific strategy and the Belt and Road Initiative," said a Japanese Foreign Ministry official, referring to Chinese President Xi Jinping's regional infrastructure initiative. "We decided it wasn't in our best interests to stick with the glaring image associated with 'strategy.'" The decision was made to focus on the concrete goal of bringing more countries into the fold rather than getting bogged down over phrasing.

Japan's warming ties with China also contributed to the change. In talks last month with Xi -- in the first official visit by a sitting Japanese leader in seven years -- Abe proposed three principles for moving the bilateral relationship from "competition to cooperation." Japan has also agreed to provide investment support for Belt and Road projects.

This week, Abe will urge the creation of an Asia-Pacific free trade bloc at summit meetings for the 16-member Regional Comprehensive Economic Partnership -- which includes Japan, China and India -- as well as Asia-Pacific Economic Cooperation summit talks.

Malaysia's Mahathir has long seen Japan as a partner in Asia, notably under his "Look East" policy. But his predecessor Najib Razak had strong ties with China, and Malaysia could easily lean back toward Beijing under Mahathir's eventual successor.

The use of "vision" in the summit with Mahathir "was decided after considerable debate," said a source close to Abe.

U.S. President Donald Trump's administration, however, makes no secret of its wariness toward China, and may continue using "strategy" as before.

"We'll have to use 'strategy' with the U.S. and 'vision' with ASEAN," said a Japanese government source.