NEW YORK -- It was a grueling weekend for Zalmay Khalilzad.

The Biden administration's 70-year-old point man for stabilizing Afghanistan after the U.S. withdrawal had seen his monthslong efforts almost pay off. The peace process between the Taliban and the Afghan government was back on track, though both sides had stopped short of a cessation of hostilities.

But with the Taliban making rapid advances across the country and gaining control of vital border crossings, coupled by reports of destroyed infrastructure and atrocities committed against prisoners and civilians by both sides, Khalilzad would settle for a small but significant win: a rare joint statement issued by the Taliban and Kabul, agreeing for a continuation of talks. The goal of a cease-fire over the three-day Muslim holiday of Eid al-Adha, which started Tuesday, was not achieved.

As the U.S. remains committed to a complete exit from Afghanistan by Aug. 31, Khalilzad's mission took on an even greater sense of urgency. U.S. Central Command announced on Tuesday that 95% of the withdrawal, which the Pentagon calls the "retrograde," has already been completed.

The update came amid turbulent days for Afghanistan and its neighbors.

Khalilzad had little time to savor even his minor victory. Just hours after the Sunday joint statement was made in Qatar, Washington's peace envoy to the region, officially called the U.S. special representative for Afghanistan reconciliation, found himself on another mission, and yet another unscheduled flight. 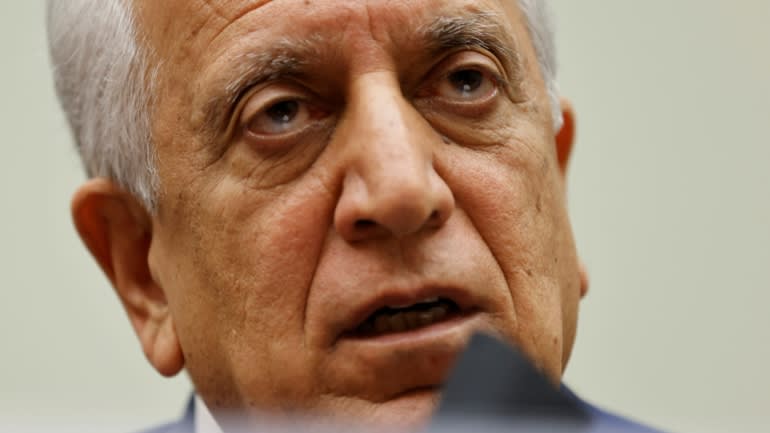 Zalmay Khalilzad: The U.S. special representative for Afghan reconciliation has been engaged in a flurry of diplomacy.   © Reuters

He was on his way to Pakistan, where another fence needed mending after the Afghan ambassador's daughter was kidnapped and "severely tortured" while she was in Islamabad, according to Afghanistan's Foreign Ministry. Kabul recalled its ambassador from the Pakistani capital over the same weekend.

The Pakistani government, which has long been blamed for providing sanctuary to the Taliban, was livid over Kabul's reaction. Officials told Khalilzad that they were still investigating the abduction, which they have dismissed as a form of "hybrid warfare" by India and "ill-informed Afghan brothers."

The government also said Kabul should consider sending its ambassador back to Islamabad, adding the Taliban's rapid advances in Afghanistan were a result of the lack of will and capacity of the Afghan forces to fight, as well as the U.S. and NATO withdrawal. 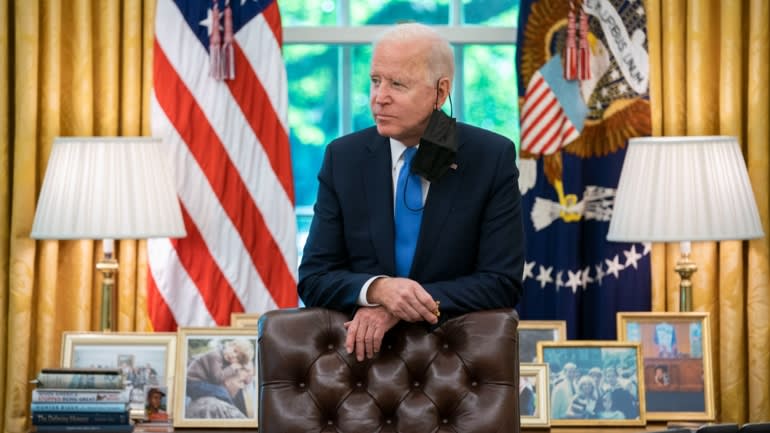 But in the bigger picture, political and military leaders of the nuclear-armed Islamic republic think that they have paid their dues by bringing the Taliban to the negotiating table with the Americans, a yearslong process that has allowed Washington to exit out Afghanistan.

Pakistani diplomats take credit for an important statistic they cite to their American counterparts: Since the U.S. peace agreement with the Taliban in February 2020, not one American soldier has been killed on Afghan soil.

To Pakistan, it is unacceptable that Washington still wants Islamabad to do more, and that Kabul's leaders -- many of whom were refugees in Pakistan among the 3 million others that it has hosted since the Soviet invasion of Afghanistan in the 1980s -- were not grateful. 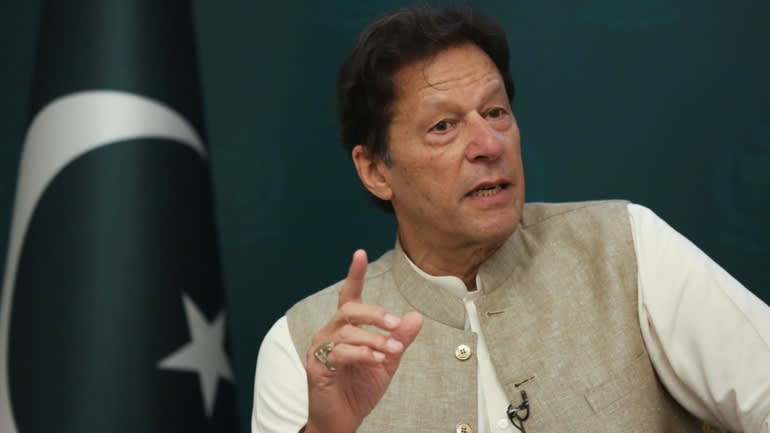 An official photo issued by Pakistan on Monday showed a stern Prime Minister Imran Khan meeting with a meek-looking Khalilzad. Khan, a former cricket star with movie star looks, seemed defiant as he lectured America's top diplomat to the region: we've done enough, was the messaging. And as we are going to be cleaning up this mess anyway, others should do their bit, too.

The same day, 3,000 km away, another leader with regional ambitions and interests in staking a claim in Afghanistan spoke up.

Turkish President Recep Tayyip Erdogan said the insurgents should "end the occupation of their brothers' soil," while playing down a warning from the Taliban of consequences if Turkish troops, the only NATO force that has volunteered to remain in Afghanistan to run Kabul airport, do not leave.

Erdogan's actions to hold the fort in Afghanistan show that he wants Ankara -- not Islamabad, New Delhi, Tehran or any other regional power -- to be the gatekeeper of the war-torn country. He has said Turkey will be the most "reliable country" for the U.S. to count on once it leaves.

But there is a larger strategic reason, too. As Turkey's purchase of Russian weapons triggered sanctions by Washington in 2019, analysts surmise that Erdogan is hoping to gain Washington's confidence and regain legitimacy through the Kabul airport assignment.

Meanwhile, Chinese President Xi Jinping was drawn into the turmoil to China's west at the start of the weekend after nine Chinese engineers, involved in a Belt and Road project, were killed in an attack on a bus in northern Pakistan last week. This added to a tally of attacks against Chinese targets by terror groups that Pakistan claims are based out of Afghanistan.

Xi told Afghan President Ashraf Ghani he hoped "the Afghan side will strengthen the protection of Chinese citizens and organizations in Afghanistan."

He was not alone in calling for a cessation of hostilities.

As Ghani's presidential palace was attacked with rockets on Tuesday morning on the onset of Eid, no fewer than 15 diplomatic missions, including the U.S., Australia, Canada, Germany, France and the local NATO envoy, urged the Taliban to end the attacks.

"The Taliban's offensive is in direct contradiction to their claim to support a negotiated settlement of the conflict and to the Doha peace process," their statement said.

But a senior Pakistan security official, speaking on condition of anonymity, said "you don't cease fire when you're winning. And the Taliban are winning."

The view from Kabul is dismal, too.

"With its campaign in the north and against major trading routes, the Afghan Taliban is trying to put a coercive squeeze on the Afghan government, perhaps in the hope of inducing a political collapse of the republic," said Asfandyar Mir, a South Asia analyst from Stanford University who is currently researching the insurgency in Kabul.

"It is possible that the Taliban attempt a military takeover eventually but before that, it will turn to coercive options which add incremental pressure and save it a military campaign inside major provincial capitals. Though to be sure, the Afghan military remains politically cohesive and it won't fold as swiftly as Taliban appear to be assuming."

In the U.S., the mood is different. So far, the military withdrawal, announced by President Joe Biden on April 14, has bipartisan support.

A Reuters/Ipsos poll last week showed that only about three in 10 Democrats and four in 10 Republicans believe the U.S. troops should remain.

But dissenting opinions are emerging. Over the weekend, in a rare interview, former president George W. Bush criticized the U.S. pullout as "a mistake," saying: "I'm afraid Afghan women and girls are going to suffer unspeakable harm."

Also over the weekend, retired Army Gen. David Petraeus, who commanded the Afghanistan- and Iraq-focused U.S. Central Command and was President Barack Obama's CIA chief, told U.S. media that the situation is "increasingly dire with each passing week."

"I fear we will look back and regret the decision to withdraw," he also said.

"The onset of what is going to be quite a brutal civil war, considerable ethnic and sectarian displacement, assassination of government officials, millions of refugees flooding into other countries, particularly Pakistan," Petraeus told CNN. "We will see the return of al-Qaida and the Islamic State, though I don't see an immediate, domestic security threat for the U.S. in that regard."