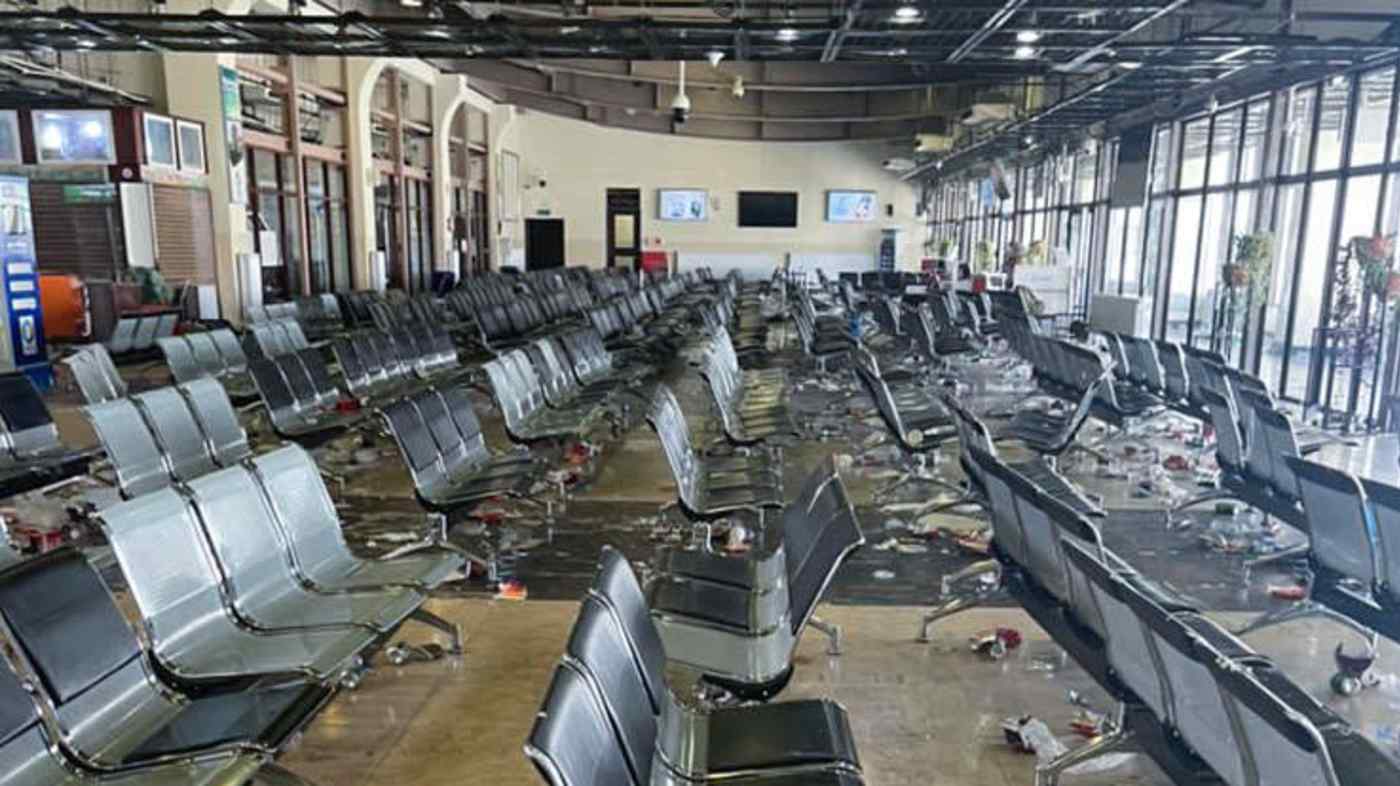 The departure gates at Kabul airport were damaged by throngs of people trying to flee as the Taliban entered the capital on Aug. 15. (Photo by Kanika Gupta)
September 11, 2021 18:34 JST | Japan
CopyCopied

Some 10 Afghans, local staff at Japan's agencies in Afghanistan and or their families, have left the country and entered neighboring Pakistan by land on their own, multiple diplomatic sources said Friday.

The locals, who were among about 500 evacuation seekers left in the war-torn country as Japan's Self-Defense Forces dispatched to Kabul airport for an evacuation mission were ordered to withdraw on Aug. 31, will head for Japan on Sunday at the earliest, the sources said.

Japan had evacuated just one Japanese and 14 Afghans at the request of the United States after the Taliban returned to power in Afghanistan in mid-August after 20 years of warfare.

It is believed that this will be the first time for Afghans to be evacuated to Japan after the Taliban's takeover. There is information they include local staff of the Japan International Cooperation Agency, but details have not been disclosed.

According to the diplomatic sources, the Afghans will head to Japan from Pakistan via Doha in the Gulf state of Qatar.

The Japanese government set up a temporary office of its embassy in Afghanistan in Qatar on Sept. 1, and it is expected to be responsible for evacuation support.