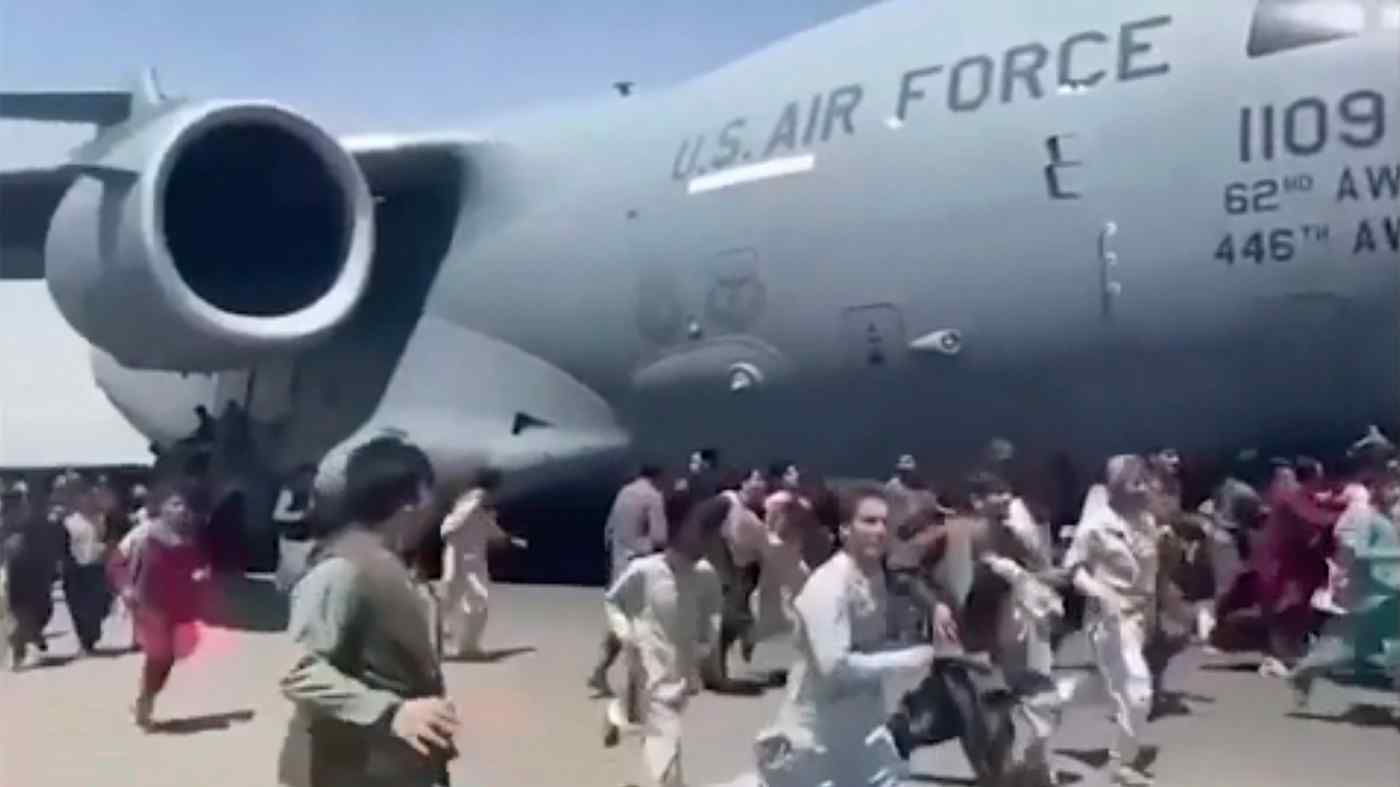 People run alongside a U.S. Air Force C-17 transport plane as it moves down a runway of the international airport in Kabul on Aug. 16 in this user-generated content verified by the Associated Press.   © AP
August 20, 2021 00:18 JST | Afghanistan
CopyCopied

An Afghan national team footballer died in a fall from a U.S. plane at Kabul airport on Monday, the Afghan news agency Ariana said on Thursday.

Crowds of people seeking to flee Afghanistan have thronged the airport since Taliban insurgents swept to power on Sunday, many seen trying to board a moving plane.

Ariana said Zaki Anwari fell from a USAF Boeing C-17 and that the death had been confirmed by the General Directorate for Sport.