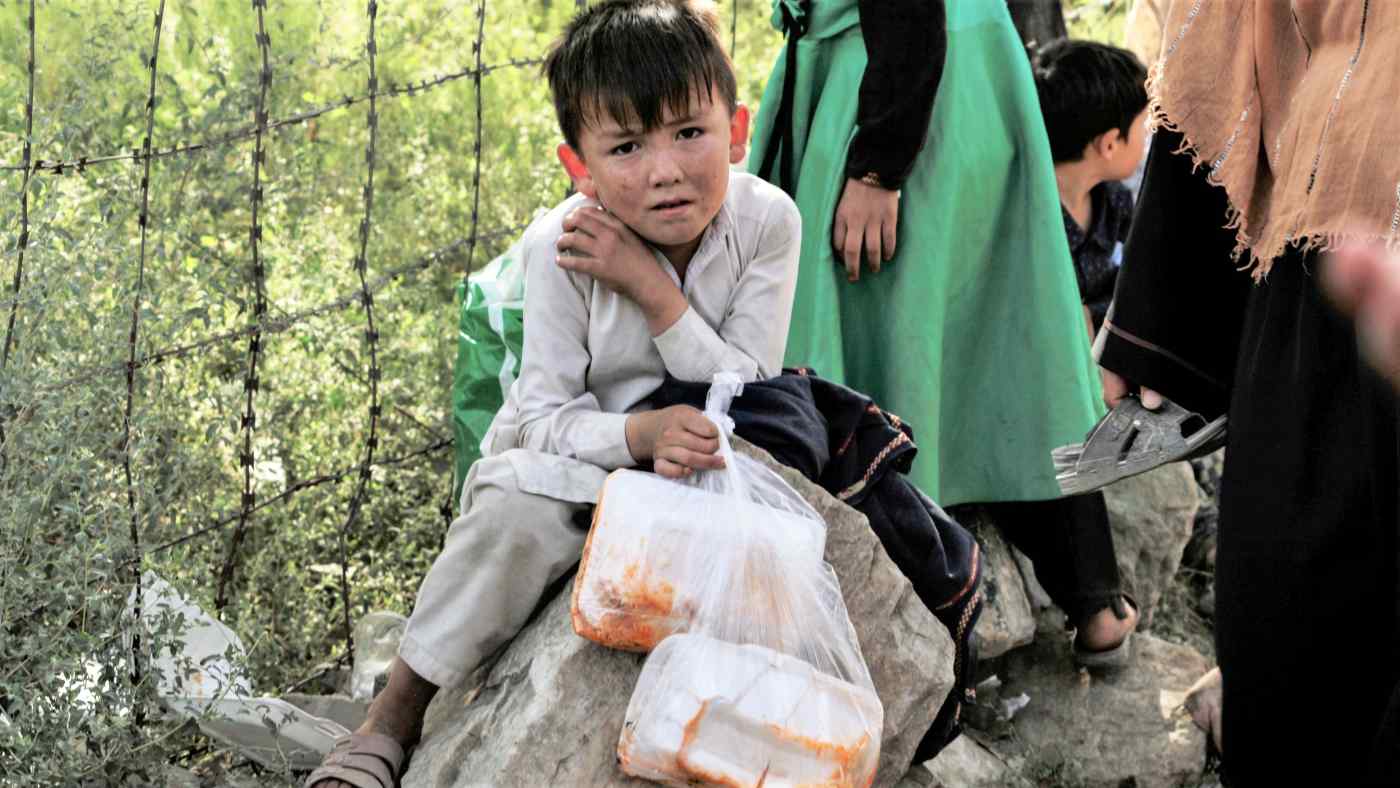 NEW DELHI -- The deepening humanitarian emergency in Afghanistan is spurring archrivals India and Pakistan toward rare cooperation, centered on a large shipment of wheat New Delhi aims to send to the impoverished country.

The combination of conflict, drought and pandemic pressures has Afghanistan facing a financial collapse and a major food crisis. As many as "22.8 million Afghans are food insecure, which means almost 10 million people are a step away from starvation," said Babar Baloch, global spokesperson for the UNHCR. "According to the figures, more than 2 million Afghan children are at risk of dying due to malnutrition if they do not receive support in time."

India, which has provided more than 1 million tons of wheat to Afghanistan over the last 10 years according to External Affairs Minister S. Jaishankar, has floated a proposal to send 50,000 tons for emergency relief. But since transporting such a quantity by air is infeasible, it wants to send it overland. That means sending the shipment through Pakistan via the Attari-Wagah border.

Currently, Pakistan allows only Afghan exports into India but does not allow two-way trade via Attari-Wagah.

The Indian Express newspaper reported that the Indian government had sent a note verbale to Pakistan to seek permission to transport the wheat. But Pakistan appeared to be dragging its feet: Indian officials said the request was made more than a month ago.

Following reports that Pakistan was obstructing India's aid effort, Islamabad's Foreign Ministry released a statement on Nov. 23 saying Pakistan would "allow the transportation of 50,000 metric tons of wheat and life-saving medicines from India to Afghanistan via Wagah Border on an exceptional basis for humanitarian purposes."

"The decision of the government of Pakistan to this effect was formally conveyed to the Charge d'Affaires of India at the Ministry of Foreign Affairs today," it added.

This came after Pakistani Prime Minister Imran Khan told the Taliban's foreign minister that his government would consider Afghanistan's request to allow transit of the Indian wheat. Two days later Khan made a statement that the shipment would go ahead once the logistics were confirmed.

"The Foreign Office has proposed that the trucks be unloaded on the Indian side and be shifted to Pakistani trucks at the Attari-Wagah Border," an official at the Pakistan High Commission in Delhi said on the condition of anonymity. "The shipment will be received at the Torkham Border by Afghanistan and the Indian government will have to pay for the transportation of wheat from Lahore to Torkham. Their reply is awaited."

A spokesperson at India's Ministry of External Affairs declined to comment. Wheat at a port in the Indian state of Gujarat: The country is seeking to send 50,000 tons of emergency supplies to Afghanistan via Pakistan.   © Reuters

For many Afghans, the outlook grows more dire by the day.

"As the winter is approaching, we are headed towards a disaster if the Afghans do not receive the aid immediately," said the UNHCR's Baloch.

A recent report under the U.N.'s Food and Agriculture Organization revealed that almost 19 million Afghans, or 47% of the population, are currently facing high levels of food insecurity. Under a five-tier Integrated Food Security Phase Classification ranking system from 1 (minimal) to 5 (famine), Afghanistan is currently on level 3 (crisis) or 4 (emergency).

"Our lives are in danger" as the cold sets in, said 42-year-old Ahmad Shah from the northern province of Kunduz. "The government needs to provide us some assistance. I am also thinking of borrowing cash from my relatives, if they have some to give. If not, we will have a big problem."

Displaced from his home for the last three and a half months and living in makeshift tent accommodation in Kabul, he and his family have resorted to eating smaller meals once or twice a day to make their food last longer. Afghanistan faces a shortage of 2.5 million tons of wheat, by one estimate. (Photo by Kanika Gupta)

A 38-year-old woman from Takhar Province who gave the name Rahila said: "My husband worked for the previous government but now he is jobless. He goes with my 12-year-old son every day to find work in the city so that we can buy food. But we don't have any food in our stock and no money to buy either."

The World Food Programme estimates Afghanistan faces a shortage of 2.5 million tons of wheat, and that only 5% of the population has enough to eat. Making matters worse, food prices have jumped due to the second drought in four years, which destroyed almost 40% of the wheat crop, according to the WFP.

Sabir Sahar, a coordinator at the Danish Refugee Council, said the price of 50 kg of wheat flour has increased from 1,800 afghanis ($19) to more than 2,300 afghanis. "Most of the people displaced due to conflict are now coping with the food shortage by reducing their food intake, eating cheaper food, or just eating once a day," Sahar said. "Even though DRC and other such organizations provided cash assistance, it is not enough in the long run. If these people do not receive proper solutions, they will face starvation in winter."