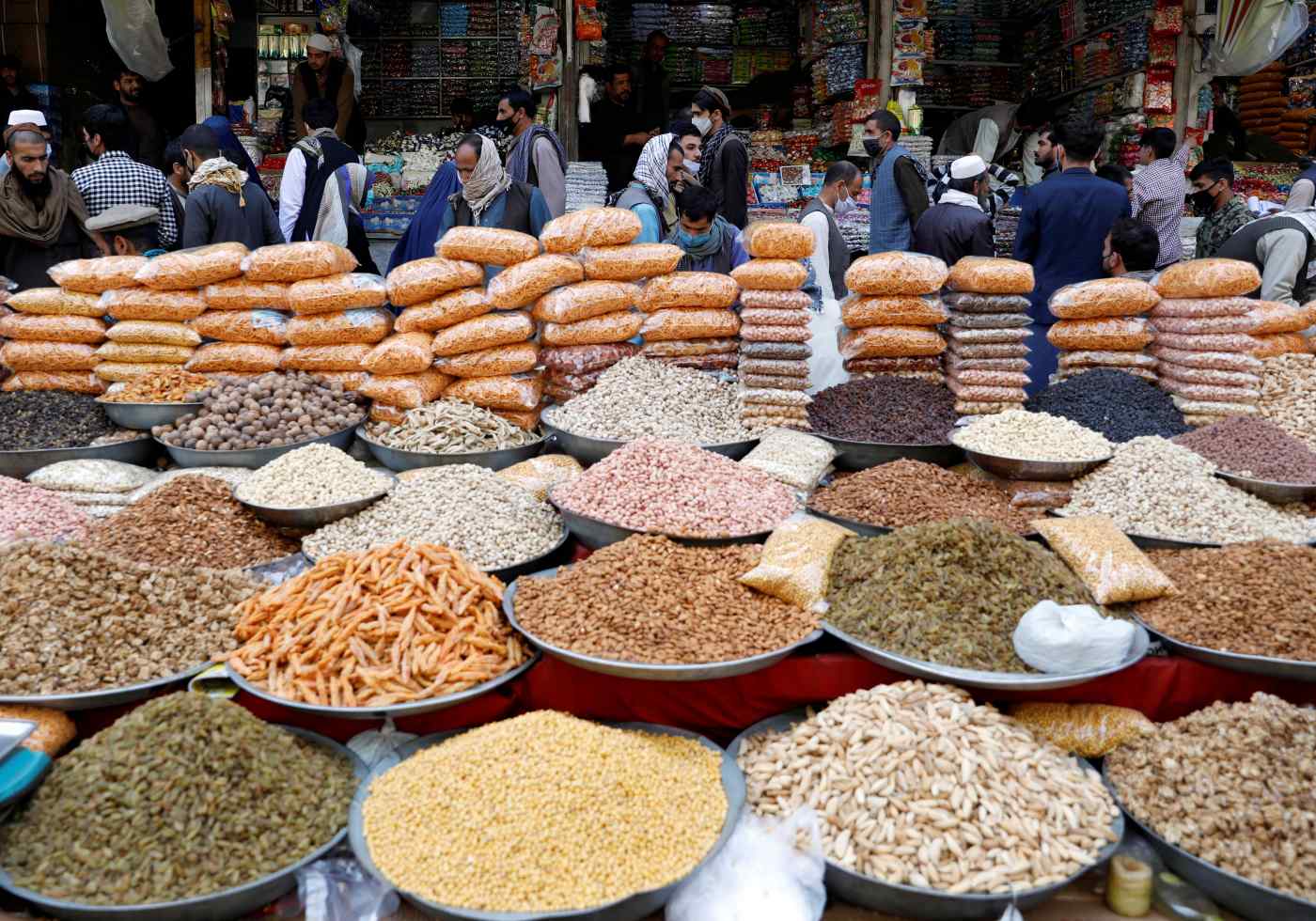 Markets in Kabul, the Afghan capital, were well stocked in early May, 2020 for Eid al-Fitr, the religious holiday marking the end of the fasting month of Ramadan. In recent weeks, the economy has been destabilized by the lightning takeover of the country by the Taliban.      © Reuters
August 23, 2021 21:45 JSTUpdated on August 24, 2021 00:18 JST | Afghanistan
CopyCopied

The Taliban have appointed an acting head of the Afghanistan central bank to help ease growing economic turmoil, more than a week after the Islamist movement seized the capital Kabul, a statement said on Monday.

Haji Mohammad Idris was named as acting governor of the central bank to help bring order to a war-crippled economy, which has been adrift for more than a week with banks closed and many government offices empty.

He was expected to help organize institutions and address the economic issues facing the population, a statement from Taliban spokesman Zabihullah Mujahid said.

The appointment, which came as Iran resumed fuel exports to Afghanistan, comes amid increasingly acute economic problems, with government workers unpaid, many businesses closed and growing pressure on prices of staple goods including food and household fuel.

With many senior officials and others associated with the Western-backed government in hiding or exile, the Taliban have been trying to persuade specialists and technical experts to return to work to get the economy working again.

A senior Taliban official said Idris, from the northern province of Jawzjan, had long experience working on financial issues with the previous leader of the movement, Mullah Akhtar Mansour, who was killed in a drone strike in 2016.

While he had no public profile outside the movement and no formal financial training or higher education, he was head of the movement's finance section and respected for his expertise, a senior Taliban leader said.

"There are many people who were unknown to the world but they held key positions and had great contributions. Haji Idris is among them," he said.

"I believe he has not even studied religious studies but was expert in financial matters," he said.