Focus of mission is securing the airfield: Pentagon chief 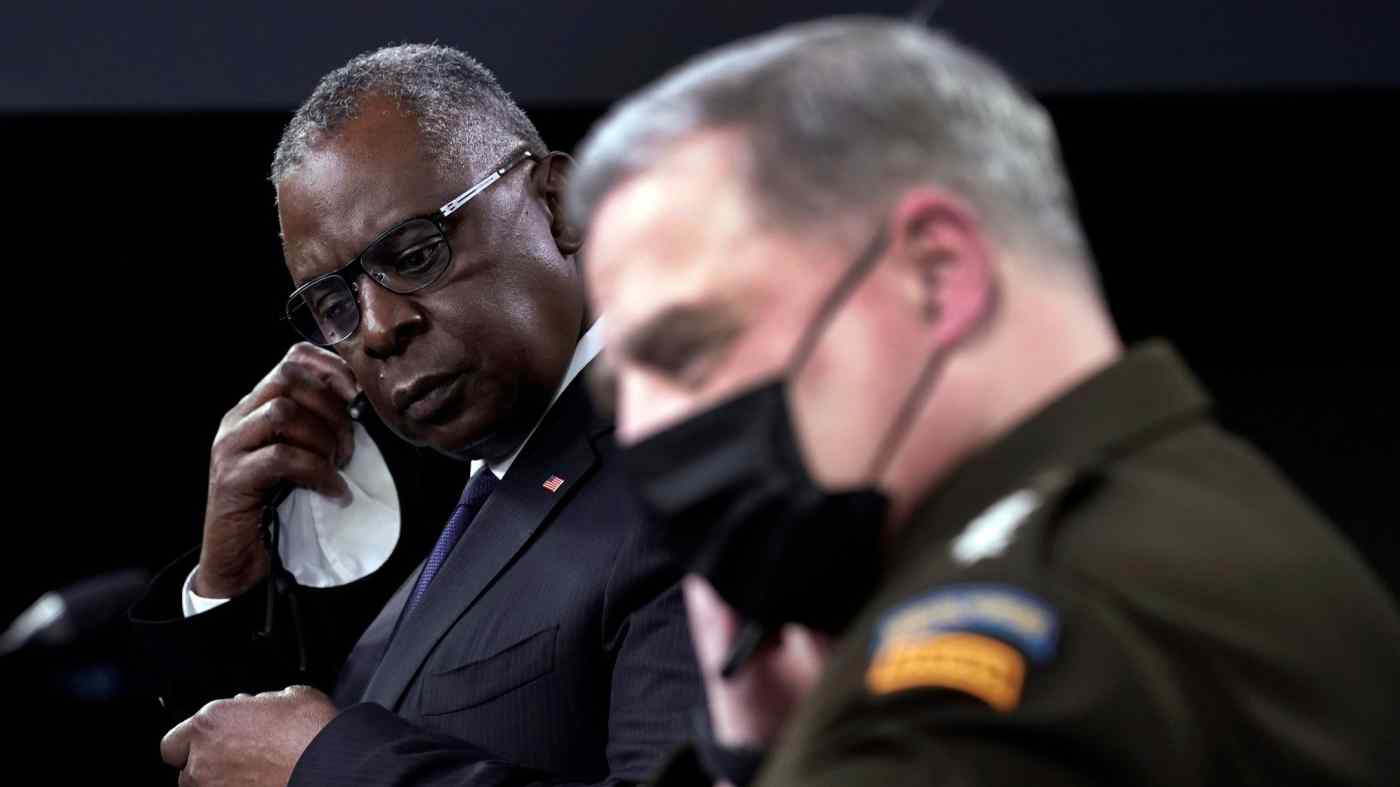 WASHINGTON (Reuters) -- U.S. troops do not have the capability to help get people to the airport in Afghanistan's capital Kabul to be evacuated because they are focused on securing the airfield, U.S. Defense Secretary Lloyd Austin said on Wednesday.

The speed with which Taliban forces retook Afghanistan, as U.S. and other foreign forces withdrew after a two-decade-long war, has sparked chaotic scenes at Kabul's airport with diplomats, foreign citizens and Afghans trying to flee. But these people are struggling even to reach the airport though massive crowds and Taliban checkpoints.

"We're going to do everything we can to continue to try and deconflict and create passageways for them to get to the airfield. I don't have the capability to go out and extend operations currently into Kabul," Austin told reporters at the Pentagon.

U.S. troops guarding the evacuation effort fired some shots in the air overnight to control crowds, but there were no indications of casualties or injuries, the Pentagon said earlier on Wednesday.

Austin said there are about 4,500 U.S. military personnel in Kabul and there "have been no hostile interactions with the Taliban, and our lines of communication with Taliban commanders remain open."

"We do hear reports of people getting turned away from checkpoints. We've gone back and ... reinforced to the Taliban, that if they have credentials they need to be allowed through - and so that's working better than it was," Austin said.

Speaking to reporters alongside Austin, General Mark Milley, the top U.S. military officer, said there had been no intelligence to indicate that the Afghanistan security forces and government would collapse in 11 days, as they did.

Milley said intelligence had "clearly indicated, multiple scenarios were possible," including a Taliban takeover following a rapid collapse of Afghan security forces and the government, a civil war or a negotiated settlement.

"The timeframe of rapid collapse - that was widely estimated and ranged from weeks to months and even years following our departure," Milley said. "There was nothing that I or anyone else saw that indicated the collapse of this army and this government in 11 days."