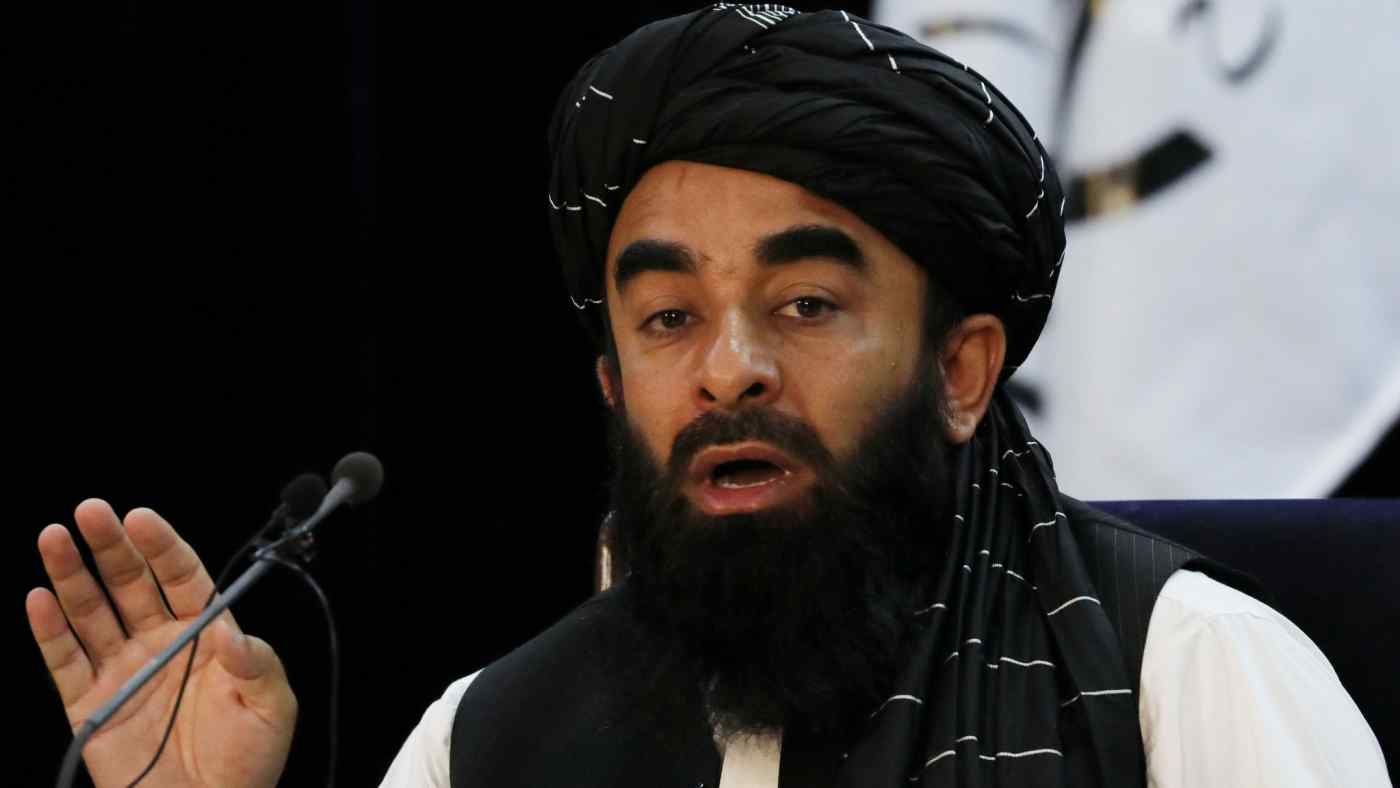 Worshippers at the mosque in Kabul were holding prayers for the mother of Taliban spokesman Zabihullah Mujahid. She had died recently.   © Reuters
October 4, 2021 06:29 JST | Afghanistan
CopyCopied

KABUL (Reuters) -- A blast killed several civilians at a mosque in Kabul where people were holding prayers for the mother of the Taliban's spokesperson, officials in the movement said on Sunday, and gunfire was later reported on the outskirts of the city.

There was no immediate claim of responsibility for Sunday's attack, apparently the most serious in the Afghan capital since the withdrawal of U.S. forces in August.