Talks to cover economy and transit, as Beijing aims to prevent Uyghur bases 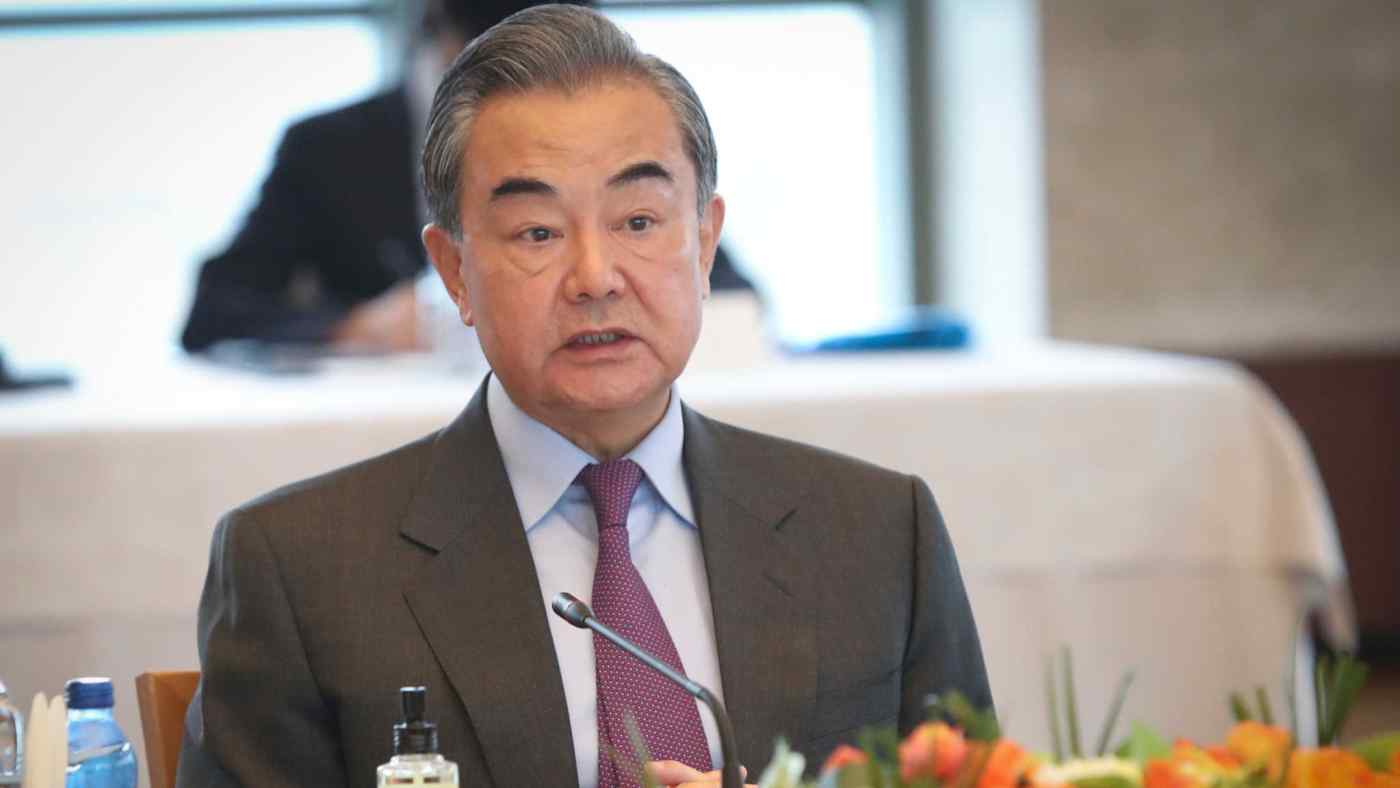 KABUL (AP) -- China's foreign minister made a surprise stop in Kabul on Thursday to meet Afghanistan's Taliban rulers, even as the international community fumes over the hard-line movement's broken promise a day earlier to open schools to girls beyond the sixth grade.

The Taliban, who swept to power last August with the chaotic end to 20 years of war by a U.S. and NATO coalition, have been seeking international recognition in order to open up their economy, which has been in free fall since their arrival.

China has not shown any inclination to recognize the Taliban government but it has avoided criticizing the new rulers, despite their repressive rules directed particularly at women, denying them unhindered access to work and school.

China has, however, kept its embassy in Kabul open and offered limited emergency assistance.

The U.S.-led coalition unseated the Taliban in 2001 after they refused to hand over al-Qaida leader Osama bin Laden after the 9/11 terrorist attacks in America. They returned to power and installed an all-male, Taliban-only interim government. The international community has been urging them to open up the government to ethnic minorities, non-Taliban and women.

Wang is one of the highest level visitors to Afghanistan since the Taliban's return. China, while refusing to offer recognition, has been engaging with the Taliban since their takeover. China has economic and mining interests in Afghanistan, and Afghans familiar with past talks between the Taliban and Chinese officials say Beijing wants Taliban commitments to prevent China's Uyghur opponents from setting up operations in Afghanistan.

Last July, however, Wang hosted a delegation from the group led by top Taliban leader Abdul Ghani Baradar in the Chinese city of Tianjin, shortly before the group seized power from Afghanistan's elected government.

At that meeting, Wang sought assurances the Taliban would not allow anti-China groups to operate under their rule and referred to the group as "a pivotal military and political force in Afghanistan." He said they are "expected to play an important role in the process of peace, reconciliation and reconstruction."

There have been reports that militants from among the Turkic Muslim Uyghur minority native to China's northwestern region of Xinjiang have found shelter in Afghanistan. China has carried out a campaign of repression against Uyghurs and other Muslim minorities, including locking a million or more away in political re-education camps.

The overseas East Turkistan Islamic Movement has for years fought a low-level insurgency against Chinese rule.

It has been aligned with the Islamic State affiliate known as Islamic State in Khorazan Province, an enemy of the Taliban, but its current operational status is not known.

Despite consistent and documented reports of Beijing's crackdown on the Uyghurs, Wang was welcomed as a special guest this week at a summit in neighboring Pakistan of foreign ministers of the Organization of Islamic Cooperation.

There Wang called for negotiations to end the war in Ukraine. None of the OIC participants or host Pakistan, who has been particularly vocal about growing Islamophobia, mentioned China's crackdown on its minority Muslims. That has included the destruction of mosques and punishment for those Uyghurs who participate in religious edicts.

China also has interest in stability in Afghanistan, as it has been used as a base for insurgent attacks against its nationals in neighboring Pakistan. It also has a multibillion-dollar road project in Pakistan linking the Arabian Sea Port of Gwadar with China in the northwest.