NEW DELHI -- Before the Taliban seized control of Afghanistan last month, Sara was a senior official in the Ministry of Women's Affairs, handling multimillion-dollar projects aimed at alleviating hardships faced by women.

"I didn't even have a single minute to rest," she said. "Now I am sitting at home with no plan, no vision for the future. The ministry is totally closed."

Sara, who uses a pseudonym to protect herself, worked hard to implement the Women's Economic Empowerment Rural Development Project, a World Bank-funded program started in October 2018 to help local communities set up loan associations that Afghan women can access to establish their own businesses.

Not only do women now have no place in the newly formed government, with the closure of the Ministry of Women's Affairs, the Taliban is ensuring that women also have no voice in its Afghanistan.

"We were engaged in 34 provinces and now people are asking me what will happen to the project and how will it be resolved. Earlier, they reached out to me directly if they had issues in implementation of the program. But now I am sitting at home. I don't know what will happen anymore," Sara said. 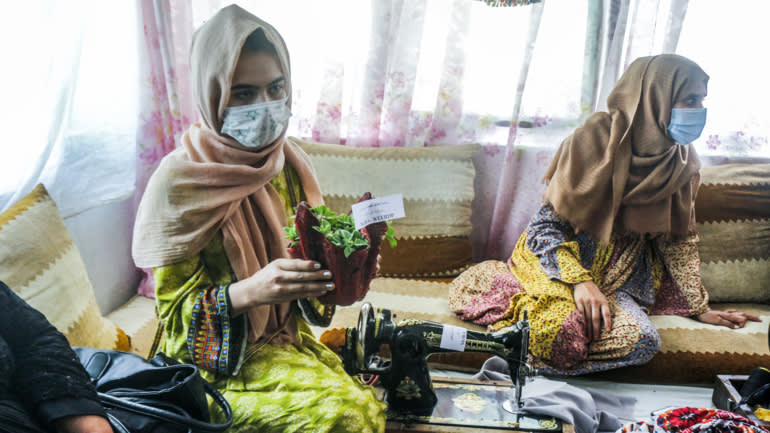 An 18-year-old who has benefitted from the World Bank program shows off a handmade planter that she plans to sell for 200 afghanis ($2.35) in Kabul in July. (Photo by Kanika Gupta)

Data from the ministry revealed that by the end of July, around 49,000 so-called self-help groups had been formed, with the program gaining a total membership of about 573,000, made up of 80% women. The self-help groups offer microgrants and mentorship to help the women get started in their businesses.

During the course of the implementation of the project, more than 2,200 enterprise groups were formed. On June 8, the project was selected as one of the best projects in the South Asia region by the World Bank.

But after the chaotic withdrawal of American and Western forces, the World Bank suspended funding, putting in jeopardy businesses started by the nearly half-million women who depend on this project.

According to media reports, the World Bank says it is monitoring the situation closely and will continue its support for the Afghan people. But the promises ring hollow to Sara. 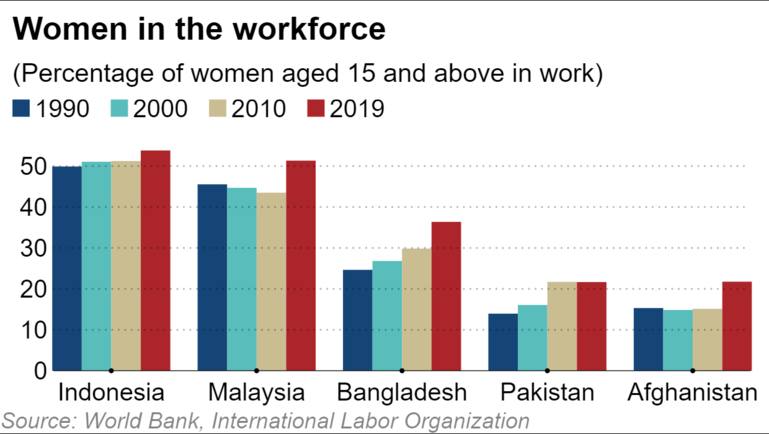 "This is a wrong decision of World Bank to stop funding at such a crucial time," Sara said. "This project is not for the government of Afghanistan. It is for the women, for the poor community, for the girls... They will go back to poverty. I feel like crying when I think about all the beneficiaries. All this energy we spent in all these months, the challenges we faced in implementing the project, is now all down to zero."

Despite its assurances to respect women's rights, the Taliban has told them to stay indoors until the political turmoil has calmed down, disrupting their education and jobs. The announcement of the all-male interim cabinet also showed the Taliban's true intentions. Of Afghanistan's population of 34 million, 14.2 million are women.

Its spokesperson Sayed Zekrullah Hashimi explained the group's thinking in a recent interview with Afghan news channel Tolo News. "A woman can't be a minister. It is like you put something on her neck that she can't carry," he said. "It is not necessary for women to be in the cabinet -- they should give birth."