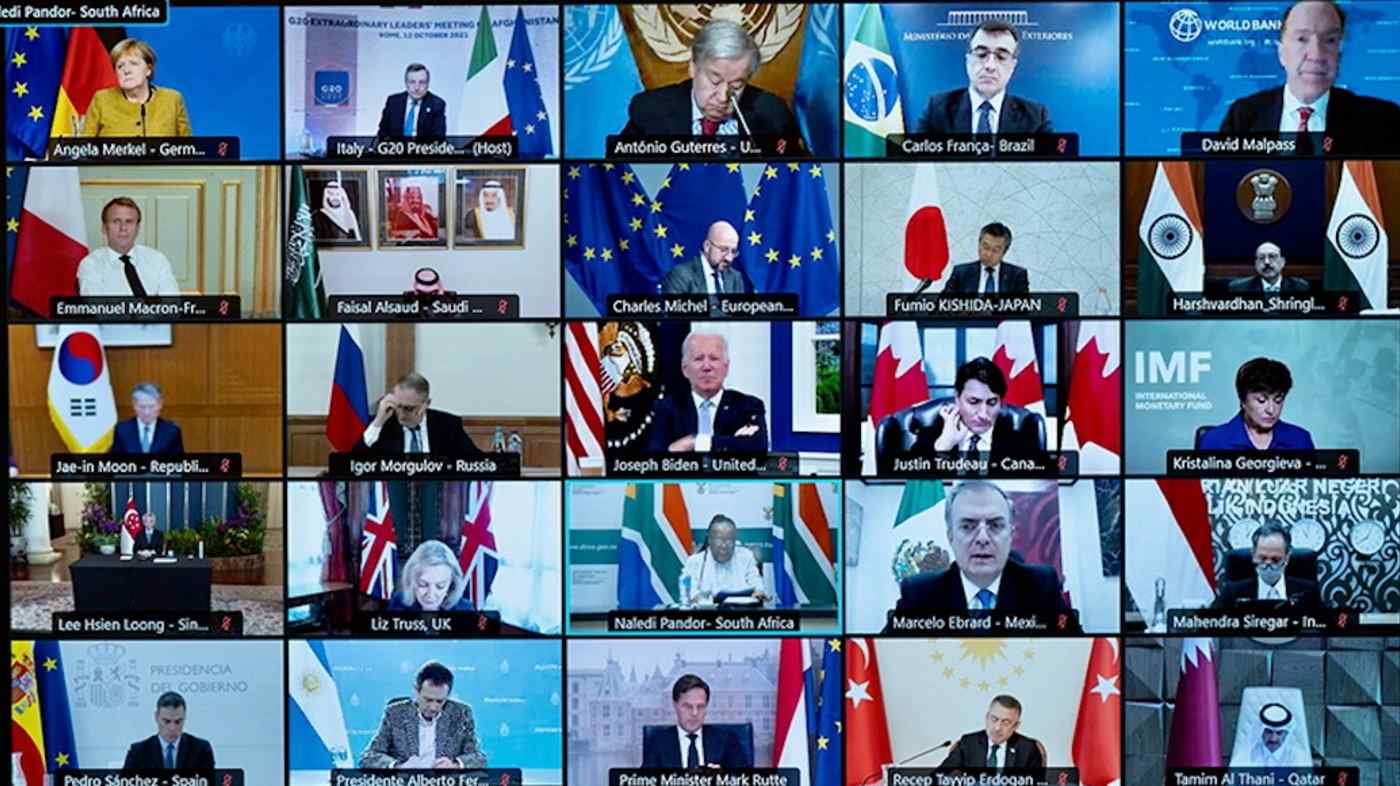 ROME (Reuters) -- The Group of 20 major economies is determined to tackle the humanitarian crisis in Afghanistan, even if it means having to coordinate efforts with the Taliban, Italian Prime Minister Mario Draghi said on Tuesday after hosting an emergency summit.

Since the Taliban took over Afghanistan on Aug. 15, the country -- already struggling with drought and severe poverty following decades of war -- has seen its economy all but collapse, raising the specter of an exodus of refugees.

"There has basically been a convergence of views on the need to address the humanitarian emergency," Draghi told reporters at the end of a video conference.

Draghi said the absence of the latter two leaders did not undercut the importance of the meeting organized by Italy, the current G-20 chair.

There was unanimous agreement among the participants about the need to alleviate the crisis in Afghanistan, where banks are running out of money, civil servants have not been paid and food prices have soared, leaving millions at risk of severe hunger.

Much of the aid effort will be channeled through the United Nations, but there will also be direct country-to-country assistance, despite a refusal by most states to officially recognize the hard-line Taliban government.

"It is very hard to see how you can help people in Afghanistan without involving the Taliban ... but that does not mean recognizing them," Draghi said.

He said the Taliban would be judged by their deeds, not their words, and the world was especially concerned about the plight of women in the impoverished nation.

"At this time we don't see progress," Draghi said.

The White House said leaders had discussed "the critical need to maintain a laser-focus on our enduring counterterrorism efforts, including against threats from ISIS-K."

In a joint statement after the meeting, the G-20 leaders called on the Taliban to tackle militant groups operating out of the country. They said future humanitarian programs should focus on women and girls, and that safe passage should be given to those Afghans who wished to leave the country.

Ahead of the meeting, China demanded that economic sanctions on Afghanistan be lifted and that billions of dollars of Afghan international assets be unfrozen and handed back to Kabul.

The United States and Britain, where many of the assets are being held, are resisting this effort, and there was no mention of the matter in the final statement.

Tuesday's meeting comes less than three weeks before the formal G-20 leaders summit in Rome on Oct. 30-31, which is due to focus on climate change, the global economic recovery, tackling malnutrition and the COVID-19 pandemic.