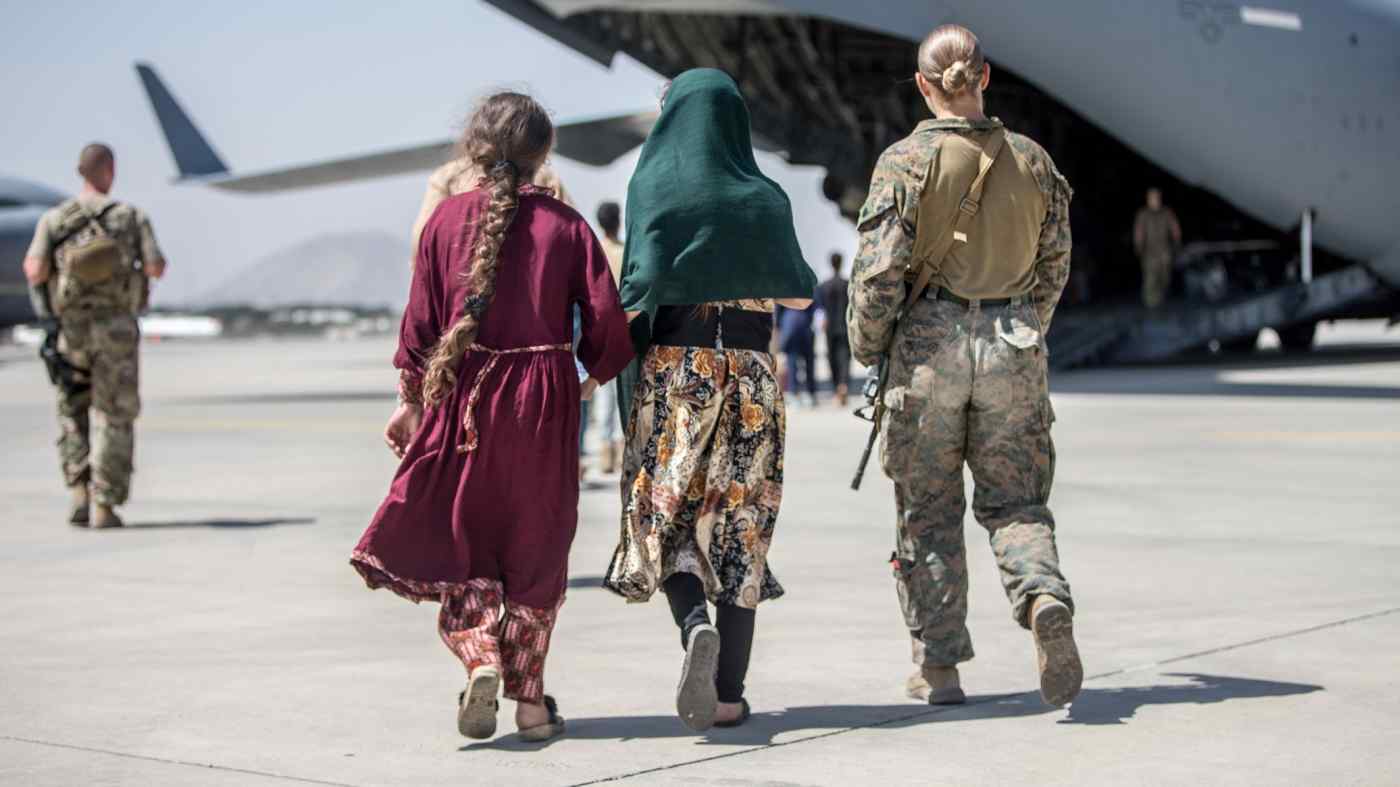 LONDON (Reuters) -- British Prime Minister Boris Johnson said on Tuesday the G7 had agreed a plan to deal with the Taliban, with their number one condition being that militants must allow safe passage to Afghans wanting to leave the country even after an Aug. 31 deadline.

"What we've done today, the G7, is we've ... agreed not just a joint approach to dealing with the evacuation, but also a roadmap for the way in which we're going to engage with the Taliban," Johnson said after an emergency virtual meeting of the leaders of the Group of Seven rich nations.

"The number one condition we're setting as G7 is that they've got to guarantee right the way through, through August 31 and beyond, safe passage for those who want to come out.

"Some of them will say that they don't accept that, some of them I hope will see the sense of that, because the G7 has very considerable leverage, economic, diplomatic and political."

Johnson said the "huge leverage" which the G7 could wield over the Taliban after it seized control of the country just over a week ago included withholding substantial funds.

Johnson sidestepped a question about whether other G7 leaders had expressed frustration at U.S. President Joe Biden over his handling of the crisis and refusal to extend the deadline for U.S. troops remaining in Afghanistan.

"Let's be clear the immediate phase of the evacuation is actually ... a very considerable success by the military," he said. "We're confident we can get thousands more out. But the situation at the airport is not getting any better. It's harrowing scenes for those who are trying to get out."