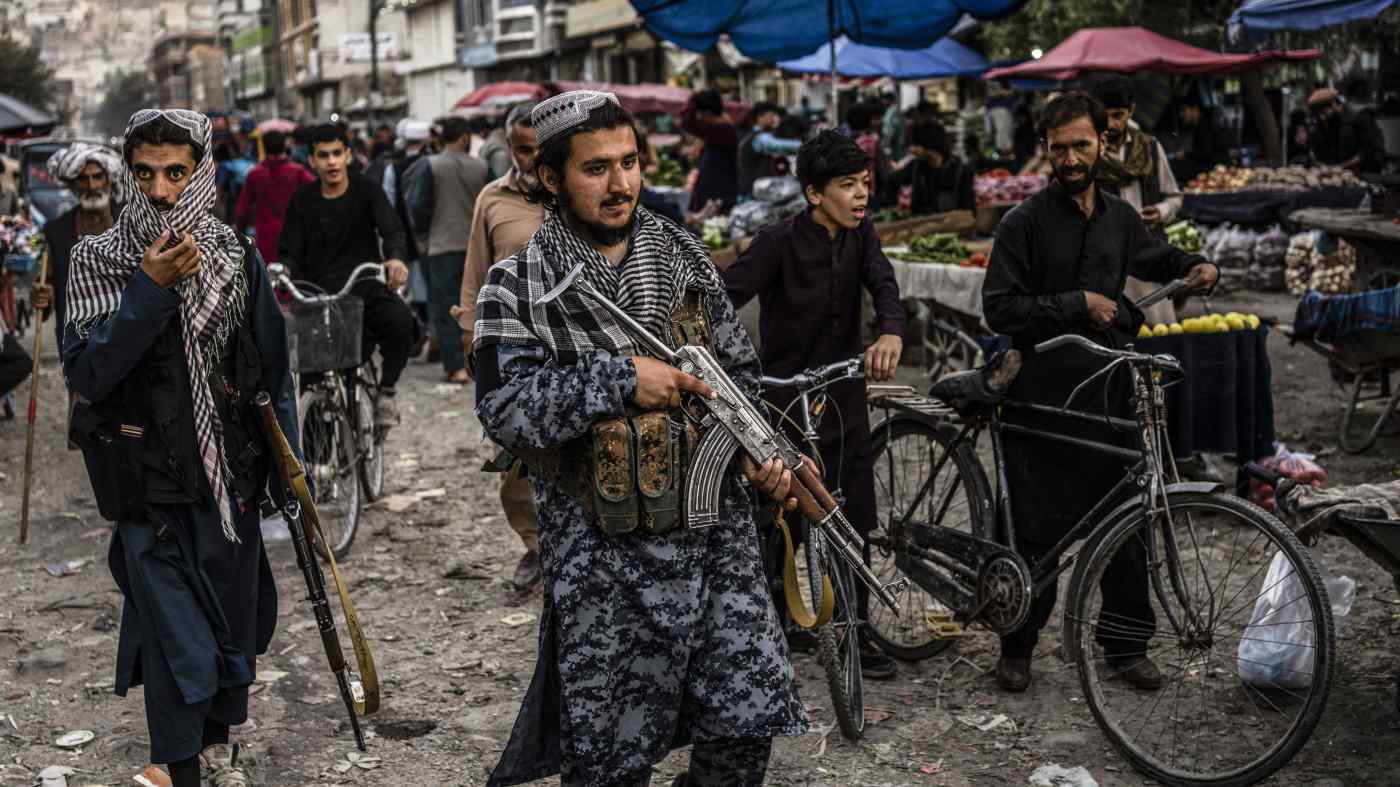 TEHRAN -- Iran's delight at the U.S. military exit from Afghanistan has given way to dilemmas over how to handle the Taliban regime and the prospect of increased terrorist activity both in the central Asia country and Iraq.

Tehran also faces a struggle to protect trade and investment interests in Afghanistan, as rival powers including Pakistan, Turkey and Qatar offer help to the new rulers in Kabul to win regional influence. The conundrum that faces Washington's bitter enemies in Iran shows the complex and still evolving fallout of the U.S. military's Afghan retreat on the power politics of the wider region.

The initial reaction in Tehran to U.S. President Joe Biden's announcement of the withdrawal was celebratory. Supreme Leader Ali Khamenei said the 20-year occupation had "brought all sorts of oppression against the Afghan people," and new President Ebrahim Raisi talked about the opportunity for the "Afghanistan's fate to be decided peacefully by Afghans themselves."

But Iran did not expect Kabul to fall so quickly, rather it anticipated a power vacuum following the departure of U.S. troops but with the government of President Ashraf Ghani sticking around, according to an Iranian academic who asked not be named because of the sensitivity of the issue.

"Iran's overall policy is to accommodate the Taliban's rise in Afghanistan. This accommodation policy was set into motion over the past two decades of war," Samuel Ramani, a tutor of politics and international relations at Oxford University, told Nikkei Asia. "However, the Taliban's conduct since taking power has created deep polarizations within Iran."

Hardliners, Ramani said, are generally supportive of the Taliban's triumph, but some of Iran's proxies and aligned militias, such as the Houthis and Hezbollah, view the events in Afghanistan as a display of U.S. weakness.

"[Iran] will engage with the Taliban and facilitate cross-border trade to prevent a refugee crisis or economic implosion of Afghanistan," he added. "However, it will also use its forthcoming accession to the Shanghai Cooperation Organization to engage with China and Russia on the spillover of insecurity, narcotics trafficking and terrorism from Afghanistan."

Tehran is keen to maintain ties with the Taliban, so it can continue to ship gas and oil to Afghanistan and receive much needed hard currency while U.S. sanctions are still imposed on the country.

So far, the Taliban takeover has barely affected trade between Kabul and Tehran, according to the Islamic Republic of Iran Customs Administration (IRICA).

But countries such as Pakistan, Turkey, and Qatar are financing the Taliban as they seek to increase their regional influence, according people with knowledge of the matter. Saudi Arabia is waiting to see what the global reaction would be.

The Iranian scholar, an expert on Afghanistan, said Iran does not have many options. "It can only count on exporting the fuel Afghanistan needs so badly for the time being," he said. "The main business opportunities in Afghanistan are its unexplored gas fields and its mines. No investment has been done yet. Reportedly, Turkey's eyes are on Afghanistan mines and this is one of the reasons it cooperates with Taliban." Iran, a Shia-majority country, is also keen to prevent an influx of refugees that could help stem a potential security crisis should Sunni jihadists cross the border among refugees. In fact, it set up tents at its borders for Afghan refugees two months before the fall of Kabul, but it has since dismantled the camps and returned around 3,000 refugees after coming to an agreement with Taliban, according to the local Shargh Newspaper. In fact,

In addition to the Taliban, several other ideological groups operate inside Afghanistan including an ISIS branch known as Islamic State-Khorasan -- a group mainly composed of former Taliban leaders who oppose the group's negotiations with the U.S., Russia and Iran. There are also some former Al-Qaeda members who want international jihad and see Afghanistan as a base for that.

Iraq has been less of a concern for Iran since its Quds Force -- an elite unit of the Iranian Revolutionary Guards -- repelled ISIS with the assistance of Iraq's Popular Mobilization Forces (PMF).

Like Iranian Leaders, PMF officials also saw Washington's withdrawal as a great defeat for the U.S. occupation of Afghanistan, Kataib Hezbollah -- a PMF umbrella group close to Tehran -- spokesman Mohamed Mohi told Al-Monitor in August. "The shameful withdrawal of America and the rapid collapse of the Afghan government proved that our conviction is correct that America does not build security forces, does not support them, or strengthen them and does not help countries to develop."

But Iraqi officials and experts are worried about increasing activities of Sunni jihadists in the country. Even French President Emmanuel Macron referred to the matter on a recent visit to Baghdad, saying: "We all know that we must not lower our guard, because ISIS remains a threat, and I know that the fight against these terrorist groups is a priority of your government."

Ali Mousavi Khalkhali, an Irani-Iraqi expert who was a media adviser for former Iranian Foreign Minister Javad Zarif, said Iraqis -- after seeing events unfold in Afghanistan -- are concerned about Biden's commitment to the country. Currently about 2,500 U.S. troops are in Iraq helping local forces counter what remains of the Islamic State group, according to a BBC report in August.

"Kabul fell and Iraqis are worried for about a probable security-political threat against Baghdad," Khalkhali said.