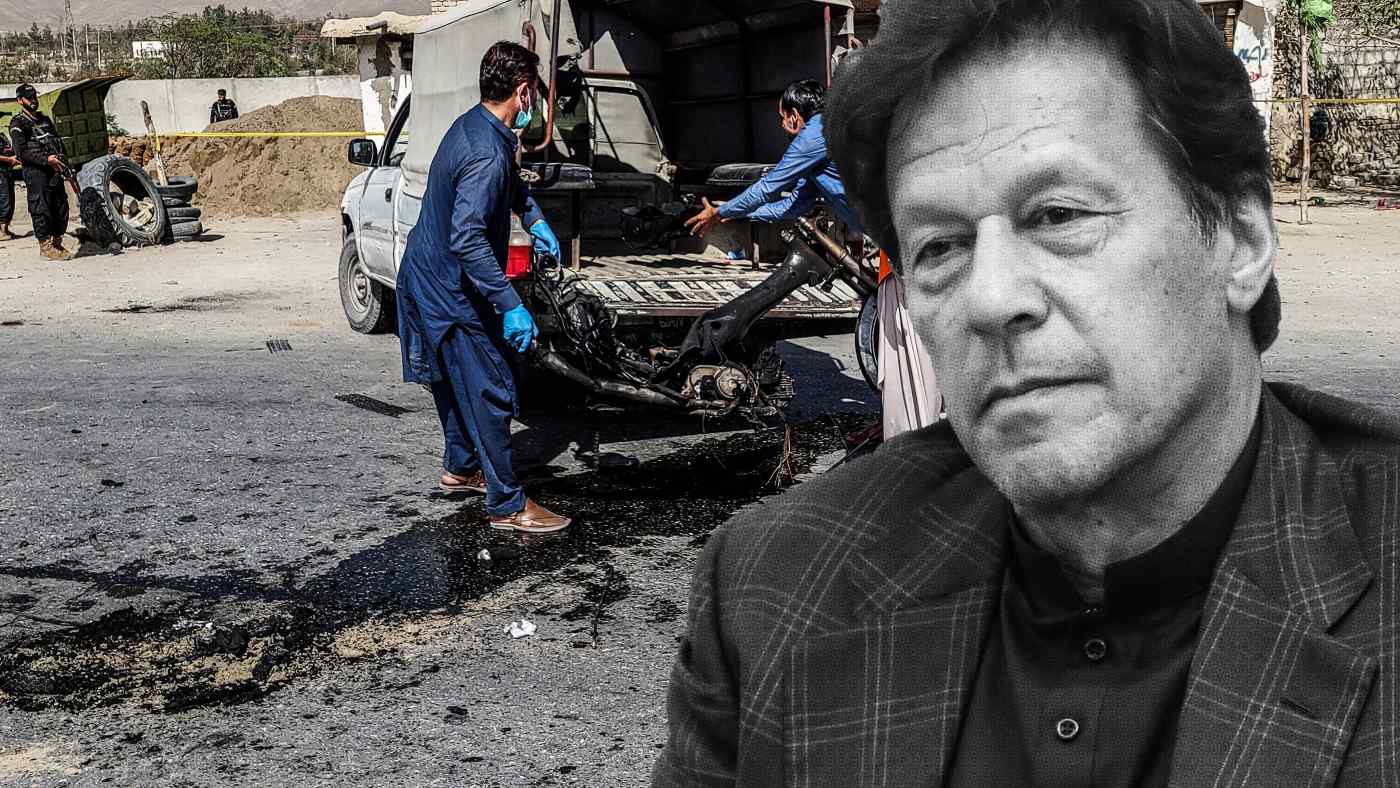 Pakistan's Prime Minister Imran Khan is "extremely concerned" by an upturn in terrorist attacks on multiple targets by the Pakistan Taliban operating from bases in Afghanistan, where jihadi fanaticism has been rekindled by the fall of Kabul. (Source photos by Reuters and Getty Images)
ZIA UR REHMAN, Contributing writerSeptember 28, 2021 15:01 JST | Pakistan
CopyCopied

ISLAMABAD -- The Afghan Taliban's recapture of Kabul has emboldened jihadi movements in the region and raised concerns that a revival of Islamist insurgency could threaten foreign investments, particularly those linked to China's Belt and Road Initiative.

Since the Afghan capital fell, there has been a significant rise in attacks on Pakistani security forces by the militant Tehreek-e-Taliban Pakistan (TTP), which operates out of bases over the border in Afghanistan.