Tribute to humanitarian among several artworks thought painted over by Taliban 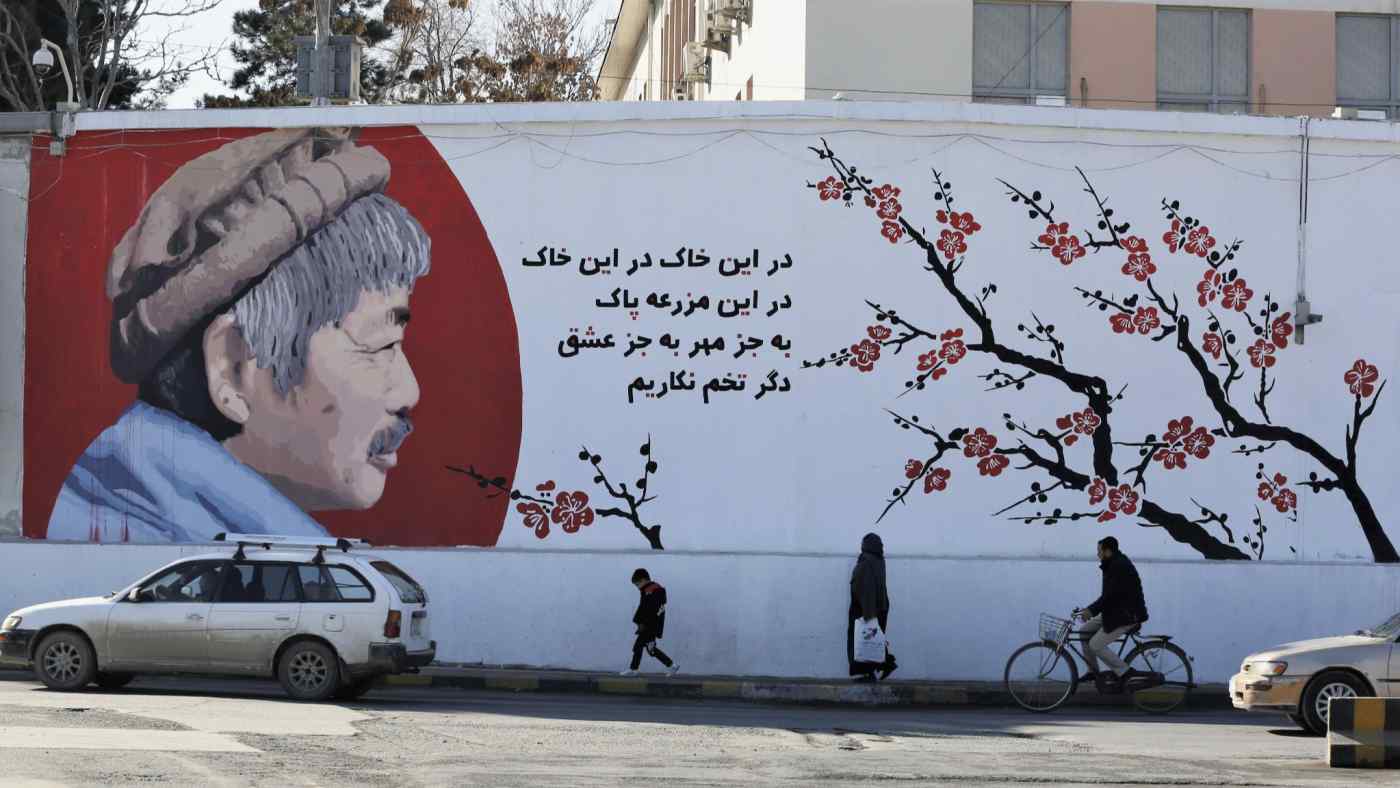 A mural depicting Japanese doctor Tetsu Nakamura, pictured here in 2019, appears to have been painted over recently in the Afghan capital of Kabul, now under Taliban control.   © Kyodo
September 5, 2021 22:43 JST | Afghanistan
CopyCopied

ISLAMABAD (Kyodo) -- A mural in central Kabul dedicated to a Japanese doctor who devoted his life to drilling wells and other humanitarian work in Afghanistan before being gunned down in 2019 was recently erased.

The portrait of Tetsu Nakamura is believed to have been painted over in white along with other murals at the direction of the Taliban, which seized control of the country in mid-August, as they were in a traffic circle named after a known anti-Taliban resistance figure.

The mural featuring the former Afghanistan head of the Fukuoka-based Peshawar-kai nongovernmental aid group was painted by art group ArtLords in his honor after armed men killed the 73-year-old in Jalalabad in the country's east in December 2019.

Omaid Sharifi, the art group's co-founder, said that even though the mural on the concrete wall has been painted over, the memories of Nakamura cannot be erased.

An Afghan government official expressed frustration at his inability to do much about the purported acts of destruction by the Taliban even though his responsibilities include protecting the art.

Written over where Nakamura's portrait once was are words in Pashto meaning "Congratulations on independence" -- a reference to the Aug. 30 completion of the withdrawal of U.S. forces from Afghanistan after 20 years of war.

The erased murals in the traffic circle included portraits of a former journalist who was killed in a blast and a doctor who treated people injured in terror attacks.

The traffic circle is also called Massoud Square, after Afghan commander Ahmad Massoud, who resisted Taliban rule and was assassinated in September 2001. His picture has also been removed from there.